Unfettered, Uncontrolled Immigration is a Cancer on the American Republic.

Unfettered, uncontrolled immigration is a cancer on the American Republic.

The question is, why does it continue unabated?  There are lots of reasons.

One of the big drivers is the pernicious Chamber of Commerce.  Big business in America needs workers.  Illegal immigrants swell the worker pool, doing many of those supposed “jobs American’s won’t do.” You know, those in the construction industry, hotels, farming, etc.  To the degree that big business can employ illegal immigrants at wages below those which would be required to pay Americans to work, illegal immigration is a winning issue for them.

Another is the Catholic Church, which not only solicits funds from parishioners but also generates hundreds of millions of dollars annually for supporting the illegal alien invasion.

The Chamber and the Vatican are only part of the cabal of businesses, NGOs and government agencies that have built an ecosystem around the illegal immigrant trade. Somebody has to sell the cell phones the government is giving to illegals.  Companies have to facilitate the tens of billions of dollars illegal aliens send home every year. Someone has to provide the gasoline for planes to fly immigrants around the country.   Schools get bigger budgets – to the tune of $59 billion.  Hospitals earn almost $20 billion a year. Even hotels get into the mix, with one upscale Times Square hotel with rooms going for $400 a night completely booked with illegal immigrants some of whom spend their time beating their spouses, doing drugs, drinking, throwing out food and having sex in the stairways. And of course the tens of thousands of bureaucrats across the country at all levels who must be hired to deal with the onslaught.  All of this paid for by government, which means by taxpayers. Beyond all of that, we’re even paying $6 million a day to defense contractors to NOT build a wall on our southern border!

The amounts involved are simply staggering, well over $100 billion annually (or $200 billion depending on who’s counting) and that’s surely a severe undercount when considering that doesn’t count the “enforcement” of the border element of the equation. Every single year…

Needless to say, there are a lot of people in the country making money from the surge in illegal immigrants. While your money goes into the pockets of the illegal alien empowerment cabal, it’s only money.  There are other, far more vicious costs.  Not the least of which was paid by the families of the 100,000 Americans who died of a fentanyl overdose, a drug that almost exclusively comes over the southern border.  Plus there were many times that number of addicts who didn’t succumb and continued to wreak havoc in their homes and communities. And then there are the tens of thousands of women and children who suffer as a result of sex trafficking across the border. And then there’s the price paid in life and treasure by the victims of illegal alien crime.  And Democrats whined when Trump wanted to spend a few billion to build a wall…

And exactly how many illegal immigrants are in the country?  Numbers are all over the map.  In 2021 DHS estimated that the number of illegal aliens in 2018 was 11 million.  Not surprisingly that’s essentially the exact same number the government has been claiming there are for decades!  That 11 million is of course a lie.  The same year Yale and MIT estimated the number at 22 million and potentially as high as 29 million.  Way back in 2005 Bear Sterns estimated the number was 20 million with another 3 million coming in annually.  If that assessment was accurate then here 18 years later we’d have another 52 million illegals in the country for a total of 72 million! 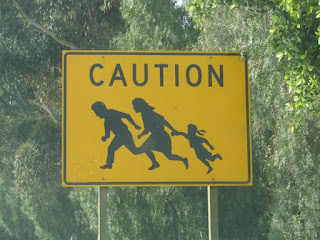 The one thing we know is that the government has been telling us the number is 11 million since the 90s. That is a lie.  It is simply impossible.  In just the last 22 months 5.2 million people illegally crossed into the United States, and that doesn’t include the hundreds of thousands if not millions who eluded detection.  The exact number of illegal aliens in our midst is impossible to know for certain, but the most likely number is 35 million or more.

Given that illegal aliens seem to make up almost 10% of our population, the question is again:  Why doesn’t someone stop this invasion.  The real answer is actually quite simple:  Power.

The reason this is not stopped is because illegal aliens flock to large cities in Democrat strongholds.  It’s not because they vote, although no doubt some of them do illegally.  No, it’s all about numbers.  We’ll start with the proportions reported by Pew Research in 2019 about where illegal aliens live.  As the report parrots the government’s lie of 11 million, we’ll triple their stated numbers.  Doing so gives us 33 million illegal aliens spread over all 50 states.

Importantly however, 80% of those 33 million are located in large metropolitan areas of in just 15 states:  AZ, CA, FL, GA, IL, MD, MA, NJ, NY, NC, TX, VA & WA.  That’s approximately 24 million people, with 14.5 living in Democrat states and 9.1 living in GOP states.  The fact that they are people and but not citizens is critical, because Congressional representation is based on population, not citizens.  The number of people each Congressional district represents is approximately 735,000.

Of the 15 states listed above, 8 have majority Democrat Congressional delegations (CA, IL, MD, MA, NJ, NY, VA, WA) 4 have majority Republican delegations (AZ, FL, GA, TX) and one (NC) is even.  California, with its estimated 6.6 million illegal aliens, has between 8 & 9 more seats than it would without illegal aliens. New York with its 2.1 million approximately 3 more Congressmen while Texas, with its 4.8 million has 6 or 7.  When you do the math those 24 million illegal aliens living in those 15 states result in a net positive of 6 Congressional seats for Democrats.

If six seats doesn’t sound like much, think again.  In 4 of the last 13 Congressional elections had the minority party had just six more seats they would have been the majority party. And with that majority comes power.  As the government has accumulated more power, as Washington has increased its control over the everyday lives of the American people, and as the leviathan of the bureaucracy has grown, the value of each and every illegal alien increases.

Money and power.  Probably not news, but there it is. Those are the driving forces behind why this invasion of illegals is not being stopped, but why it’s being actively encouraged.  It’s interesting too that the cabal who are abetting this invasion are the familiar faces pushing the policies behind much of the dystopian chaos that our biggest cities are suffering through today:  Activist NGOs, big business, bureaucrats and of course the Democrat party.

Hiding their avarice behind the fig leaves of “compassion” and “empathy” the members of this cabal increase their bank accounts and their power with little regard for the good or the desires of the citizens of the United States.  But the truth is, why should they?  They are all but declaring war on the United States and the American people, yet somehow they keep “winning” elections.  Who says insurrection doesn’t pay?

Posted by Imperfect America at 6:16 AM No comments: