A successful President Romney won't be your friend, but if we're lucky, he'll be a leader instead

Barring some unforeseen cataclysm, Mitt Romney will be the 45th president of the United States… and the vote will likely not even be close. His acceptance speech at the GOP convention last week did exactly what it had to do, it provided Americans who might have been sitting on the fence with the nudge they needed to climb down and pull the lever for him. If you had to distill his speech down to one line, it might have been “President Obama promised to begin to slow the rise of the oceans and heal the planet. MY promise...is to help you and your family.” In one fell swoop Romney put the absurdity of Barack Obama into context. It put in stark contrast his soaring, vainglorious rhetoric with the abject failure of virtually every aspect of his presidency. By contrast, Romney demonstrated his clear understanding of what is important to most Americans.

The question now becomes, what form will that “help” take? One assumes Barack Obama meant to help Americans by seeking to institute policies that advance his “share the wealth” agenda. That’s the problem with words like help, support, or phrases like “restore America”, “American values” or even “Hope and Change”. They mean different things to different people. Indeed they are by design sufficiently nebulous that anybody can read into them anything at all. 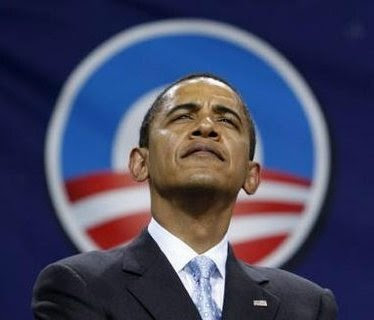 That is largely how Barack Obama got elected in 2008. Although he had a record that was crystal clear in demonstrating his leftist ideology, for the most part the mainstream media ignored it. As a result, many on the left (and in the middle) buried their heads and took Obama’s promise of “Hope and Change” to mean whatever they wanted it to mean. They interpreted it that Barack Obama was going to implement policies that pursued their particular hopes, whatever they might have been. As anyone who’s ever heard of a psychic reeling in a gullible customer with “There’s something in your past that troubles you…” can tell you, “Hope and Change” was a recipe for disaster and disappointment. And the resulting policies were just that. As a result, thankfully, Barack Obama is going to be a one term president.

Mitt Romney will need to follow a different path, otherwise he will suffer the same fate. His will have to be a presidency of leadership; explicit and painful leadership at that. Given the coming taxageddon, a 60% higher national debt and a floundering economy, Romney will have to deliver a variety of painful medicines to Americans of all stripes. Here are five suggestions that would help Romney combat the current malaise and help resurrect American prosperity.

1. He should freeze federal spending at current levels. Cut programs, personnel and redistribute funds among departments, but don’t increase spending by one single dime.

2. He should implement the Fair Tax. Absent that, he should immediately implement a 10% flat tax that applies to income, dividends and capital gains while eliminating all deductions, period. In addition, he should set a 20% corporate income tax.

3. He should roll over all federal debt into bonds with a minimum maturity of at least 10 years, with as much as possible into 30 year bonds.

4. He should require every federal department, commission and agency to provide a 10 page overview of every regulation on its books that impacts more than a quarter of a million people and or costs the economy by more than $100 million per year. Upon receiving those overviews, he should use a strict constructionist interpretation to determine if each is Constitutional, and rescind those deemed not to be so.

5. Finally, and perhaps most importantly, he should appoint Paul Ryan to present options that will harness the power of beneficiary choice and market forces to reform Social Security, Medicare and Medicaid.

In January 2013 Mitt Romney will find himself in a situation similar to that in which Ronald Reagan found himself 32 years before. The biggest difference is that in 1980 federal entitlement programs cost approximately $245 billion a year and represented 8.8% of GDP while in 2011 they cost $2.25 trillion and represented a full 15% of GDP. At the same time, the national debt, which must be serviced with taxpayer dollars, stood at 25% of GDP in 1980 while today it exceeds 100%. 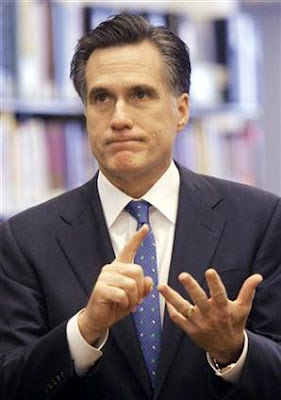 Because of the potential consequences of an American collapse, the economic disaster the United States faces today is more precarious than any American president has ever had to face. Mitt Romney will not have the luxury of taking half measures in order to cure this disease. Success in the next president’s term will require him to clearly communicate to Americans the difficulties that we face and the consequences of not acting; demonstrate the courage to make the painful cuts that will be necessary; and finally, possess the fortitude to endure the withering abuse that will no doubt follow.

After two decades of unfettered spending by politicians of both parties, it’s time for Americans to learn that it’s simply not possible to spend more than you have in perpetuity. It’s time for a president to step up and bear the burden of articulating the challenges ahead and his plan to solve them. At that point citizens can begin to act accordingly. That’s the kind of help Americans really need.
Posted by Imperfect America at 6:29 AM 2 comments: