Having Survived Barack Obama, Back to Where the Tire Hits the Road... 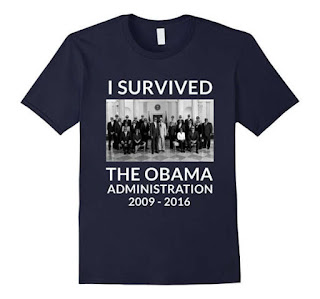 I started writing this blog in 2009 after having written various random pieces over the years following 9/11. I started some months after Barack Obama was sworn in as President. I thought he was a clearly a socialist, perhaps a Communist, but most certainly un-American. One of the first signs there was a problem came prior to the election when an interview he had done years prior surfaced when he bemoaned that the Constitution was a “Charter of negative liberties. It says what the states can't do to you. Says what the federal government can't do to you but doesn't say what the federal government or state government must do on your behalf." Building on that he promised to “fundamentally transform the United States”. Finally, the promise of a black president didn’t quite play itself out the way some had expected. Some Americans felt that if we finally elected a black man to the presidency it would fundamentally demonstrate the United States was not the racist country so many had accused it of being. Not so much.

On the contrary. Many people started looking at that document Barack Obama saw as defective and started suggesting the entire country was built on a racist foundation. They began using 21st century mores to disparage the Founding Fathers and the Constitution they gave us over two centuries before. For them, an America that is not perfect is therefore evil and racist. Hence the name of this blog “Imperfect America”… drawing on the quote from Voltaire: “Perfect is the enemy of the good”. My first post was titled: “Racism: America’s Original Sin” essentially pointing out that the 3/5 Compromise did not at all mean what activists suggested it meant, and that in fact, had it not been for that compromise the Constitution might never have been ratified, blacks in the South might have been stuck in a country where slavery was fully accepted and a war the war that ended slavery might never have occurred. No, slaves would have been stuck in a nation that was not balanced by vociferous anti-slave voices as there were in the eventual United States. That was the start of this blog, but the areas of concern were many…

Over this past eight years I’ve pilloried Barack Obama, teacher’s unions, the BLM snake oil salesmen, Social Security Disability, Democrats, the media, big government, regulation, spineless Republicans and even Rush Limbaugh and Sean Hannity. The list of enemies of freedom are legion, and most of them – but not all – live in the DC metro area and control the country like an unchecked borg "assimilating" everything in its path. Government rarely passes on an opportunity to get involved and make matters worse, regardless of the area or the Constitutionality of its actions. The lust for power from bureaucrats and politicians seems to know no bounds… and that won’t necessarily change with Donald Trump in office.

But what I think will change is the danger that the country is in. For eight years I’ve lamented the fact that Barack Obama and the progressive left were seeking to turn the nation into a third world socialist paradise such as Venezuela or Greece or Cuba. In some respects they’ve succeed, but thankfully in some they have been stymied. They will no doubt continue to mobilize their comrades in the media and academia to advocate for their march for progressive fascism, but given that there are fewer elected Democrats today than there have been in almost a century, they may have a somewhat difficult road ahead. Indeed Barack Obama’s legacy just may end up being the decimation of the Democrat party… which would be a fitting "fundamental transformation".

Donald Trump may be many things, but one thing he is not is Barack Obama. He may be something of a big government liberal, but he’s not anti-American. He may be too tied to big business to appreciate the challenges of small businesses, but he’s not an absolute enemy of free markets. Put another way, after eight years of worrying that the United States is about to careen off the path of freedom and die on the march to a socialist / fascist progressive nirvana, today I look forward to a future where freedom, liberty and limited government have an opportunity to retake their place in the pantheon of ideas on which the country thrives. That doesn’t mean that there are no threats left or that Donald Trump will be the savior we need. Trump will, no doubt do many things that cause conservatives such as myself to bang our heads against a wall, but at the end of the day, for the first time in eight years we at least know that our president’s starting point is not that America is always wrong, that America is racist, that government is good and the private sector is evil. America may not be perfect, but with someone other than a progressive Democrat in the White House we at least have an opportunity to address real issues of consequence and perhaps set the stage for a revival of prosperity.

As such, while I will continue to write pieces for this blog from time to time, it is now time for me to focus on a few other things a bit closer to home where I might be able to have a more direct impact.

Thank you for reading…
Posted by Imperfect America at 3:01 AM No comments: