Americans are busy people. In one respect we are no different than any other people on the planet… our primary needs are food, water and shelter. Beyond that however, Americans enjoy a life of leisure that virtually no one else on the planet enjoys. Not leisure measured in hours worked as the French, Germans and workers in virtually every other developed country work fewer hours per year than Americans do. No, what’s different is that leisure time in the United States has so many ways of being spent. Motocross. Shopping. Television. Amusement parks. Golf. Swimming. Skiiing. Football. Baseball. Horseback riding. Golf. Off track betting. Gymnastics. Theater. College classes. Karate. Star Trek conventions. Habitat for Humanity. BBQ competitions. Susan G Komen Race for the Cure. This is only a tiny fraction of the myriad ways Americans have at their disposal to entertain themselves or spend their leisure time.

If one were to compare the spectrum of activities available to the average American with the equivalent spectrum for any other country on the planet it wouldn’t take long to see an enormous difference. None of this came about by accident. The reason Americans have dozens of sports and thousands of activities to participate in from grade school to the senior center is because the nation has been so prosperous for so long and the nation has exemplified creativity for things both consequential and not. The result is a nation where most people have available a level of entertainment and leisure that would put to shame anything Louis the 16th or Marie Antoinette might have ever imagined. 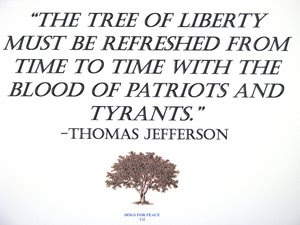 One consequence of a life filled with a plethora of options is that Americans get very busy. So busy in fact that they forget to pay attention to things that are far more consequential than who got kicked off the island this week, how many Facebook friends they have, or will little Timmy’s self esteem be forever damaged if he doesn’t get picked to play this weekend. Of course I’m talking about civics, or more specifically, government. In a perfect world no one would have to pay attention to the government because it would run like a well oiled machine in the background and it wouldn't get in anyone’s way. Alas, even Ben Franklin knew such a perfect world did not exist: “Our new Constitution is now established, and has an appearance that promises permanency; but in this world nothing can be said to be certain, except death and taxes.”

Every two years the cacophony that is American life is made that much more dissonant by our elections. Most Americans, however, unfortunately, spend less time learning what’s really at stake in those elections than they do selecting teams for their March Madness brackets or deciding who they want to vote for on American Idol.

This might have been acceptable 100 years ago when the federal government was relatively small and had little discernible impact on the lives of most Americans. Today, when the octopus of the federal government controls virtually every aspect of our lives, it’s simply not. There is a tipping point in every endeavor in life, and the lifecycle of a Republic is no exception. Leaving the Constitutional Convention Benjamin Franklin was asked: “Doctor, what have we got—a Republic or a Monarchy?” He responded: “A Republic, if you can keep it.”

Two hundred and twenty years later we are on the verge of losing that Republic. The problem is simply that too many Americans have no idea what the danger is, and have little interest in finding out. They’ve spent so much of their lives enjoying the leisure and entertainment conditions our Republic has made possible that they have forgotten that the foundation of freedom and prosperity upon which those conditions are built are not ordained by God, not set in stone and are not guaranteed. Indeed, America with her freedoms and prosperity are far more fragile than most Americans recognize.

One simple example. Two weeks ago President Obama’s National Labor Relations Board sued Boeing for locating its new 787 Dreamliner plant in South Carolina, a right to work state. The NRLB is supporting the unions in Washington State where Boeing already employs tens of thousands of workers. The company made no secret of the fact that it chose South Carolina because it could not afford more of the five crippling strikes it had suffered over the last 20 years in Washington. At the most basic level, the federal government is claiming that it has the power to decide where a company can invest its own capital. If Uncle Sam can decide where and when a company can invest its money, they it can just as easily decide where a person spends his or her money, (say... unionized Kroger rather than non union Wal-Mart) where he or she can get a job, buy a house or what kind of a car they can buy. At some point doesn’t anybody begin to wonder if there are any limits on government at all? 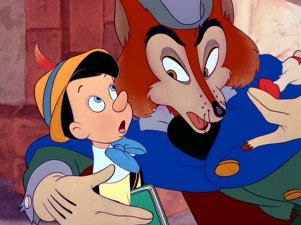 Because there are so many instances of federal overreach, and their names sound so benign - American Recovery & Reinvestment Act - if conservatives were to point out every potential threat and the inherent dangers of a government that recognizes no limits on its power, they risk being labeled being political versions of the boy who cried wolf. Nothing could be farther from the truth. There is indeed a ravenous pack of wolves at the door of the American Republic and they are dressed in ill fitting donkey costumes. The problem is that most Americans are too illiterate in civics or too busy enjoying their lives to take the time to even look through the peephole.

The question is, can anyone shake the American people out of this political stupor long enough to recognize the danger they face? Will Americans rise to the occasion in 2012 or will they instead eat the fruit of the tree as its roots are cut.

First they raised the minimum wage and I cheered because I had a job…
Then they destroyed public education and I didn’t act because I sent my kid to private school…
Next they limited cable rates and I applauded because I saved $20 a month.
When they came for my light bulbs I didn’t react because it made me feel good to help the environment…
One day they said ethnicity was more important than ability for college acceptance but I said nothing because I’d already graduated…
They increased taxes on the rich and I didn’t care because I wasn’t rich.
Then they came for my gun, my car, my job and eventually all of my choices but there was no one left to stand with me because no one remembered what real liberty was or how it was supposed to be protected in the first place…
Posted by Imperfect America at 2:52 AM