Say what you will about Barack Obama, but the man is quite exceptional. Coming from a broken home, he grew up and graduated from Columbia University and went on to earn a law degree at Harvard. Both schools are amongst the most challenging to get into in the country. Not only that, he was an editor of the Harvard Law Review and taught at the University of Chicago law school.

Looking at his life one has to marvel at the various points where he might have run into trouble that could have derailed his career but didn’t. The most obvious was his extensive experience with illegal drugs. One cannot hold a grudge against the man simply because he was lucky enough to have not gotten caught and thrown in jail. Most of us have made a mistake or two that could have changed the course of our lives had things played themselves out a little differently.

Barack Obama has had something of a charmed life. While a child of a broken home, his formative years were spend in Hawaii where he was raised by his maternal grandparents. Today he’s President of the most powerful country in the world, he has a family who loves him and he has millions of people across the country who adore him. 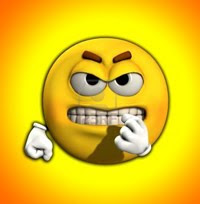 One has to wonder then why a man with such a charmed life is so spiteful. Typically people are spiteful when they have been grievously injured or harmed. What does Barack Obama have to be spiteful about? Who does he have to get even with? Maybe his father for abandoning his family, but other than that what else does he have to be so angry about?

We first saw this side of President Obama during the first month of his presidency when he told GOP Senator John Kyl of Arizona “I won” during the debate over the makeup of the President’s stimulus plan. The President was simply stating a fact, but the message behind the words was crystal clear, I’m the victor, you’re the losers, now we do things my way. Of course once the GOP won by a landslide in 2010 the President changed his tune, telling the GOP earlier this year that despite their having won, “Getting your way is not how it works.”

A recent and more troubling episode of this petulance was on full display just last week when the President invoked the name of Ronald Reagan during his fight with the GOP over negotiations on raising the debt limit. Frustrated at GOP insistence that equivalent spending cuts offset any debt ceiling increase the following transpired:

Cantor explained, the president became “very agitated” and said he “had sat here long enough,” that “Ronald Reagan wouldn’t sit here like this” and “something’s got to give.” He then told Republicans they either needed to compromise on their insistence on a dollar for dollar ratio of spending cuts to debt increase or agree to a “grand bargain” including massive tax increases. Before walking out of the room, House Majority leader Cantor said, the president told him: “Eric, don’t call my bluff. I’m going to the American people with this.” He then “shoved back” and said “I’ll see you tomorrow.”

The problem is not simply that the President wants to get his own way, most politicians and people want things their own way. The problem is that the President seems largely unable to work with his opponents when the chips are down. It would be one thing if he were indeed Ronald Reagan, who was able to work with opponents like Tip O'Neill to get things done in a atmosphere or respectful opposition. But he’s not.

President Obama does not seem to have that capability, and what’s worse, his petulance seems to make progress even less likely. Waiting until the last moment to become personally involved with the negotiations, the President finds himself annoyed that Eric Cantor and the GOP’s position is exactly what they have been saying it was for months: Spending cuts for any ceiling increase and no new taxes. Rep Cantor even hinted that he was open to a short term solution to provide a segue to a long term deal, but the President was having none of it.

There is an old saying that goes: “Be gracious in defeat and humble in victory.” After the Democrat victory in 2008 Barack Obama did not demonstrate the latter and since the GOP victory in 2010 he has not demonstrated the former. Petulance and spitefulness are unsavory when exhibited by a sovereign ruler, which Barack Obama was pretty close to being during his first two years. Today however President Obama must now share power with his opponents and what were previously just annoying personality traits have become roadblocks to progress. 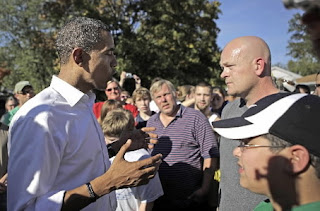 Now might be a good time for President Obama to go back and look at the video of candidate Obama, particularly when he was talking with Joe the Plumber. The two disagreed with one another but their exchange was cordial and one got the feeling that they could have worked together if they had had to. With the debt limit quickly approaching and the future direction of the country at stake, at least 2008 campaign mode Obama would have put his best foot forward to try and make finding a solution a bit easier. One wonders if President Obama or 2012 campaign mode Obama can learn that lesson.
Posted by Imperfect America at 5:09 AM