A trillion dollar hit job - who really wins from the Herman Cain scandal?

Having spent three quarters of my adult life working in restaurants, I can tell you that I find the accusations against Herman Cain difficult to believe. Not that sexual harassment doesn’t occur in the restaurant industry, because it does. Rather, because the industry has no shortage of itinerant and attractive young women who would be more than happy to indulge Mr. Cain in whatever peccadilloes he might have. If Mr. Cain were prone to using his position to coerce women into sexual favors, which is exactly what Ms. Bialek is accusing him of, I cannot imagine that there would not be women coming out of the woodwork with stories of his antics. Frankly, he wouldn’t have even needed to use coercion. For a man of power and influence seeking to find willing partners, the restaurant industry would be the equivalent of shooting fish in a barrel.

Instead of credible, demonstrably true charges, what we have is a handful of women coming out with specifically non specific accusations of “sexual harassment”. And the problem is, there seems to be no way for Mr. Cain to escape the attacks. It’s like being asked “Mr. Smith, are you still beating your wife?” and you respond that you’ve never laid a hand on her but the headline the next day shouts “Mr. Smith says he’s no longer beating his wife.” The accusation alone is enough. Enabled by a pliant media, these women have been able to detour, if not derail, a promising political campaign.

Who might benefit from this? Primarily two groups: The left (read Democrats) and Washington insiders of both parties.

The left does not like Herman Cain for two reasons. The first is because he’s an unabashed believer in American exceptionalism. At the end of the day he believes that a man in America has the opportunity to succeed through his own efforts, regardless of their background or demographic characteristics. The second reason they don’t like him is that he has the temerity to believe those things while being black.

That latter bit is what really makes the Democrats nervous. The fact that Herman Cain is a black conservative who is a vociferous opponent of the entitlement state creates a potential fatal crack in one of their core constituencies, blacks. Blacks make up about 13% of the population and they vote Democrat in excess of 90% of the time – 96% of blacks voted for Barack Obama. To put that in perspective, if a candidate needs 50% of the total vote to claim victory and they automatically get 90% of the black vote, they already have 11% of their 50% right there. That means that of the remaining 87% of the population, said candidate need only attract 39% of the vote. That’s a pretty good deal for Democrats.

Herman Cain puts that math in jeopardy. By demonstrating that a black man can succeed in the United States without depending on affirmative action, without being a ward of the state, without being an agitator for redistribution of wealth, he shatters the myth propagated by the left that blacks are victims and cannot succeed without government help. Once they recognize that, that 90% Democratic foundation begins to crumble. 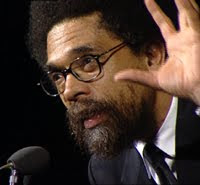 The veracity of this fact can be seen in the way that the left treats Cain. “He’s a black man who knows his place” or he needs to “Get off the symbolic crack pipe”. They are trying to demonstrate that he is not an authentic black, his story is an aberration and that his success is not the kind of success that other blacks can aspire to or expect from themselves or their families.

Therefore, his candidacy must be destroyed. It must not be allowed to succeed because if he were to convince even 20% of blacks to vote for him, President Obama and much of the Democratic machine would be toast. A Democrat party without its most reliable constituency would crumble.

At the same time, political insiders on both sides of the isle dislike Cain for a completely different reason. He seeks to upset their Washington metro apple cart. You know, the one that has the highest income level in the United States. The one that has the power to set the rules for the rest of the country.

The Herman Cain candidacy is potentially Armageddon for those people. As a conservative, Cain believes that the government should be limited to doing only those things it is constitutionally empowered to do, rather than all the things politicians and bureaucrats want to do. As such, he would likely clean house. He would likely slash, if not eliminate, major elements of the government bureaucracy, particularly in the areas of education and energy as well as environmental and corporate regulation.

To understand why this scares insiders so much, imagine the impact of his 999 plan. By streamlining and simplifying the tax code, by eliminating most exemptions, he would immediately gut the number of accountants America needs, as well as making tens of thousands of IRS employees redundant. That proposal alone would immediately save Americans’ hundreds of billions of dollars in accounting costs. Thousands of accountants and IRS types would have to find productive jobs elsewhere. Now imagine that same level of efficiency brought to the Departments of Education, Energy, HUD and HHS.

Simply put, Herman Cain is an outsider to the Washington insider cabal. That cabal, which includes bureaucrats, lobbyists and politicians of both parties, is shaking in its boots. The prospect of a businessman not accustomed to the built in inefficiencies, the go along to get along mentality that permeates Washington, scares those people to death. Unfortunately for them, Cain worries about the effects of government employees and regulation on the American people and the American economy, not the other way around.

His goal is to remove the yoke of government from the backs of the American entrepreneur so that prosperity can return. If you are a lobbying firm who collects hundreds of millions of dollars a year to influence government, you don’t want to see someone elected who might sink your ship. Same thing if you’re a bureaucrat living in Mclean Virginia and making $150,000 a year with rock solid job security. Same if you are a politician who sits on a committee that gives you power over 10% of the American economy. If you are part of that yoke on the neck of the American people, you don’t want to see Cain get elected and would do whatever is necessary to make it not so.

Herman Cain’s unorthodox candidacy and his outsider perspective presents a sufficient threat to both Democrats and Washington insiders that they will do whatever they must in order to get him out of the race. For the Democrats it’s their party, for the insiders it’s their power and privilege and for both it’s their basic survival. At the root, there are literally trillions of dollars are at stake. Every day we read about the most heinous of crimes being committed for far lower stakes, so why then does it seem so farfetched that this just might be an orchestrated hit job to sink the Cain campaign? Maybe it’s not so farfetched after all.
Posted by Imperfect America at 5:20 AM