Will Barack Obama bring back slavery to the United States?

Without a doubt November is going to bring us the single most important election in the United States since 1860. At that time too the country was on the verge of an irreparable breach, and by the time Lincoln was inaugurated in March of 1861 seven of the eleven eventual confederate states had seceded, with the remaining four gone two months later.

I’m certainly not suggesting that the United States is going break apart if Barack Obama defeats Mitt Romney. When citizens go into the voting booth in November they are certainly not being asked to choose between Stars and Bars or the Stars and Stripes. If the choice were that stark, if the choice were that clear, even the most brain dead Americans could figure out who to vote for.

The fissure today is far more subtle. Fully half the population doesn’t pay any income taxes and many of those people are on the government dole. Government debt is 100% of GDP and at the current rate will reach 200% in a little over a decade while inefficient government spending takes up a quarter of GDP annually. Government regulation at all levels threatens not only to strangle the struggling private sector, but more and more individual freedom itself.

While far less stark than what the country faced in 1860, the consequences for the American people are no less as great. Although there is nothing the government does today that is the equivalent of the viscous and inhumane institution of slavery, in the long run an unfettered government is no less dangerous. Indeed, egalitarianism was a staple of Soviet propaganda for decades but the Kremlin’s statist policies cost tens of millions their lives and hundreds of millions their freedom.

Given the explicit choice between slavery and freedom Americans are smart enough to choose freedom. The question is, with such an explicit distinction absent from the ballot, can they make the right choice? 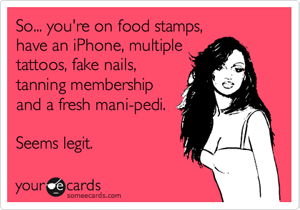 But of course none of those choices will be written on any ballot. They will be there nonetheless, and that is the challenge. Are Americans willing and able to look beyond the glittery Hollywood produced commercials, the endlessly fawning media coverage and the unceasing appeals to “fairness”, and of course the ubiquitous “Hope and Change”, to understand that the real choice is simply between freedom and slavery. Not slavery in the sense that blacks are going to be fitted for shackles while whites enjoy mint juleps as they sit on their porches, but rather all of us are on the road to slavery where the overseers are government bureaucrats who tell you what you can eat, where you can live and what you must buy. At the same time the government masters will confiscate ever increasing amounts of your money to pay for things you would never pay for yourself. And of course don’t forget about your guns too.

In the ultimate irony, it is under the banners of “rights” and “fairness” the government is simultaneously turning the American population into a nation of sharecroppers. Sharecropping was of course the tactic of usurious rents and loans that indebted the newly freed slaves to the land they worked and made it almost impossible to exercise their newly granted freedom. The more money the overseers spend the deeper is the crushing debt the not so free American citizens must toil to service. 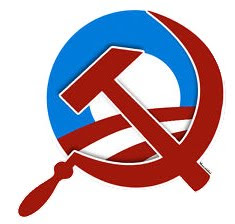 In the United States the whole concept of slavery has a racial connotation rightly imbued with violence and oppression and heartbreak. The slavery that lays ahead with Barack Obama’s progressive America doesn’t have that racial component, nor does it bring to mind the heart wrenching images that most of us associate with the word. The reality is however that statism has a long history of equally barbaric images, from the Soviet Union’s gulags to Communist China’s slave labor system to the Khmer Rouge’s killing fields. In those cases, the slavery was imposed at the tip of a bayonet. Here it is being welcomed in via the ballot box by people who are caught up in the anti-capitalist propaganda disguised as “hope and change”.

The assertion that the progressive policies of Barack Obama and the Democrats are nothing but Communism Lite invariably brings charges of hate speech and racism. So be it. That doesn’t make the assertion any less true. The simple question is, are enough Americans able to see through the thinly veiled pleas to “worker’s rights” and “fairness” to recognize the hammer and sickle below and the slavery that comes with it?

Posted by Imperfect America at 5:18 AM