By definition humans are imperfect. Some are more imperfect than others however. Nature has provided us with a mechanism to reduce the most imperfect among us. That mechanism is sometimes chronicled in something called the Darwin Awards. My favorite Darwin award of all time involved a thrill seeking man who strapped a solid rocket booster to his car in an effort to see how fast he could go. He went quite fast, in excess of 300 miles per hour actually… but, shockingly, the brakes for his car eventually disintegrated and he met his end after crashing into the side of a cliff. Thankfully nature’s lessons do not always end so… drastically, usually the only injuries are a few broken bones, a smaller bank account and maybe some wounded pride. 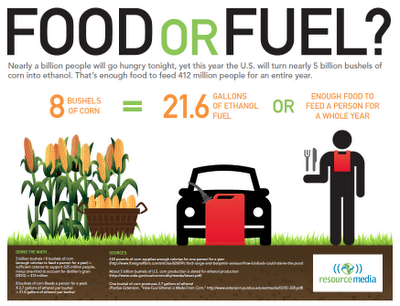 There is possibly no better example of this than the debacle that is Uncle Sam’s ethanol obsession. Since the Carter administration the government has been diverting your dollars to put ethanol into your gas tank. Initially it was intended to be a tool to help the United States become energy independent, it then morphed into a tool to help increase gas mileage and later it became a critical element in fighting global warming. Now it doesn’t even do any of those dubious, but theoretically positive, things. It’s simply become another failed government wealth transfer program.

The Wall Street Journal states: Corn is also a key ingredient in the combine of political power and corporate welfare that is U.S. alternative energy policy. The food-to-fuel mandate is known as the Renewable Fuels Standard (RFS) and requires 13.2 billion gallons of ethanol to be blended into the gasoline supply this year and 36 billion gallons by 2022. These quotas are fulfilled almost entirely by corn ethanol.

Ethanol is an industry that enjoys no natural market. The only reason the ethanol market exists in the first place is because of government mandates. And who are the beneficiaries of this corporate welfare that is funded out of your pocket? Mainly members of the farm / finance / producers cabal in the form of the Renewable Fuels Association. This advocacy organization that is simply trying to save our planet is made up of an array good hearted companies that are just too fragile to survive without Uncle Sam’s largesse with your money. Among these are food processor ADM (Rev = $80 Billion, #28 on the FORTUNE 500), transportation company CSX ($11 Billion, #226) and energy companies Kinder Morgan ($8 Billion, #311) and Noble Group ($80 Billion, #139 on the Global FORTUNE 500). This ethanol boondoggle translates into a $45 billion industry… money that comes out of your pocket and could be spent elsewhere if it were not being, literally, set on fire.

The worst part of the entire ethanol fiasco is the fact that not only does it not achieve any of its stated – and oft changing – objectives; it actually causes a wide array of unintended consequences – none of which are good. Number one is the fact that it drives up the cost of one of the most important foodstuffs in the world, corn, the price for which is up almost 300% over the last decade. That in turn drives up the price of virtually every other thing in the economy, from food to transportation to plastics. Then there’s the fact that ethanol damages engines and that the patchwork of ethanol standards across the country causes unnecessary price spikes and shortages. If all of that weren’t enough, ethanol has even scared off much of – but not all – of the anti-capitalist environmental lobby because – among other things – it drives deforestation on a wide scale around the world. 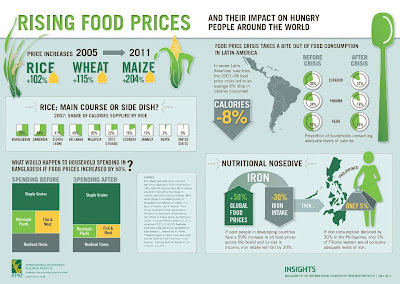 Finally, and most heartbreakingly, the ethanol mandates have driven the prices of American crops to near record levels, resulting in greater hunger in developing nations. One way they do this is to encourage farmers to switch to more profitable corn, which results in less wheat, oats, etc. to meet demand. This in turn results in less food making it into the stomachs of poor children around the world. In a nutshell, the mandates make everything in our economy more expensive, do little to alleviate our energy conundrum, actually harm the environment and make dollars donated feed the hungry not go as far. That seems like a policy that screams to be abolished.

Which brings us back to the Darwin Awards. If government programs operated the same way that humans do, at some point they would die as a consequence of their abysmal failure. Unfortunately however, they are not. Instead they keep on trudging down the same path and, indeed in this case the EPA keeps setting increasingly high ethanol standards that will double the amount of food wasted over the next decade. Of course like a potential Darwin Award candidate who stands on the roof contemplating jumping off to test his plastic wings, the EPA does have the option of stepping back from the ledge. It has the power to issue waivers to the ethanol mandates in emergency situations. One might imagine that the litany of problems caused by the mandates, when combined with the worst drought since the Great Depression, would qualify as just such an emergency. But of course the EPA is government and thus you’d be wrong.

At the end of the day the tragedy of ethanol clearly demonstrates the folly of big government. More than anything the element of common sense is replaced by catastrophic regulations imposed by greedy politicians and enforced by power hungry bureaucrats. In a sane world the ethanol mandates would have been history two decades ago. In the insane world of government however they are not only surviving, they are thriving. One only wishes you could say the same of the average American taxpayer, or more consequentially, the children in Africa who are going to be hungrier as a result of another reckless government program that lives on like a zombie long after it should have been dead and buried.
Posted by Imperfect America at 2:01 AM