Greedy, racist sons of bitches who want children to starve, grandma to die and women to be kept barefoot and pregnant in the kitchen where they belong... Why I'm a Conservative

Republicans in general, and conservatives in particular, are constantly demonized in the media as greedy, ruthless, heartless, racist sons of bitches who want children to starve, grandma to die and women to be kept barefoot and pregnant in the kitchen where they belong.

That makes for great copy, but it’s about as far from the truth as you can get. While it might be possible to find someone who actually fits that caricature, in reality conservatives are generally just the opposite.

Why I’m a conservative.

Why am I a conservative? For the simple reason that I am an eternal optimist. I believe that mankind is capable spectacular things… both good and bad, but mostly good. I believe that man has within his reach the ability to solve almost any problem that we can imagine, if given the freedom to do so. 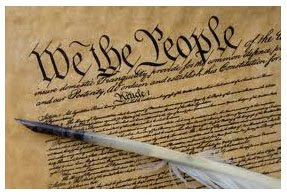 Optimism however is not enough to understand why I am a conservative. I am a conservative because I fundamentally believe in the US Constitution and the intent of its framers. Today, 225 years after the Constitution was written we still have what is the single most powerful document ever written by men. Why? Because it provides the best framework yet constructed to provide citizens with the sustainable freedom that is necessary for progress and prosperity.

I’m not conservative because I hate black or brown or gay people. Or women. Just the opposite. I’m conservative because I believe everyone is equal and that no one should get special treatment simply because they belong to a particular group. Laws that seek to target (or protect) particular groups rarely work according to plan. Take the Alternative Minimum Tax, which was begun in 1969 to ensure that 155 rich people who had paid zero taxes in 1967 would have to pay something. Not surprisingly the law’s impact expanded rapidly and today more than 20 million citizens are impacted by the AMT. The government’s record on affirmative action is similarly precise. Treating citizens differently based on arbitrary categories is rarely a recipe for success.

I’m not conservative because I’m greedy and don’t want to share with others. On the contrary. I’m conservative because I believe everyone should have the same opportunity to achieve success. And this is particularly important because the path to success rarely comes through government. Education, healthcare and poverty programs are the three areas of our economy in which government plays the heaviest role. All three could be charitably characterized as inefficient and expensive, but more realistically classified as abysmal failures. The conservative position that government should get out of the education, healthcare and poverty business is not to suggest those are issues that don’t need attention. They do, but the attention should come from organizations closest to the problem and best able to solve it. That might be private companies, community foundations or sometimes even statehouses. Rarely is Washington the correct answer to any problem.

I’m not a conservative because I want companies to be able to work their employees to the bone and pay them a pittance. Actually, conservatives believe in a free market because they understand that free markets are the best way for investors, consumers and yes, employees, to flourish. Three decades ago IBM was set to take over the world. It didn’t… and not because of anything the government did, but rather because of Microsoft, Intel and the PC. Investors got rich, consumers got inexpensive computers and millions of employees got good paying jobs. A decade ago if you had a mobile phone, odds are it was made by Nokia or Motorola. Today Nokia is barely alive and the shadow of Motorola is now owned by Google. Neither came plummeting to earth because of anything the government did, but rather because Apple changed the world. In the process Apple stockholders got rich, consumers got unprecedented computing power at their fingertips and millions of employees across the nation and around the world got good paying jobs. The way for workers to find their fortune, or at least increase their earning power, is not by government intervention or even government sanctioned union thuggery, but rather by honing the skills and acquiring the tools that employers value. Whether those include basic literacy, a knack for app coding, arc welding experience, punctuality, a nursing degree or any of thousands of other characteristics, by increasing their value to potential employers, workers will not have to look to the government or unions to help them find success. Whether someone wants to see their name on the Forbes 400 or simply to work hard and provide for their family, conservatives recognize that when allowed to harness their genius to meet market demands, people of all backgrounds can achieve, and can do so spectacularly. Not sure? How about Oprah Winfrey, Daymond John, Sara Blakely, Ursula Burns, Michael Oher, George Lopez and countless others. 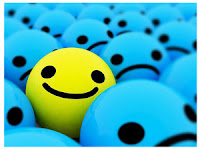 Which brings me back to optimism. Conservatives generally see that there is great potential in their fellow citizens. They also recognize that government has a way of stifling that potential. Whether it’s through a tax code as thick as an encyclopedia, using regulation to stifle small businesses at the behest of big business benefactors, pouring billions of dollars into businesses that deserve to go bankrupt, or redistributing trillions of dollars into pork barrel projects and counterproductive social programs, government inserts its judgments for those of citizens who are actually out in the world living their lives. With ever more frequency our government does what governments always do, it seeks to centralize power. And for each inch of power the government usurps, miles of prosperity are never realized as bureaucrats have little understanding or appreciation for what makes free markets work and why individual responsibility is so empowering. The result is that millions of people who might otherwise draw upon the gifts God gave them to help contribute to the prosperity of a nation find themselves trapped in the quicksand of government largesse and dependency.

Conservatives are often accused of hating all government. That is absolutely false. Conservatives, like the Founding Fathers, understand that a government is essential to maintaining a free society. The reason for the mischaracterization is simple… government today does far more than it was ever intended to do, or is qualified to do, which gives conservatives much to object to. When the Titanic was setting sail from Southampton on April 10th, a party atmosphere pervaded both her deck and the dock from which she was sailing. On April 15th the unsinkable ship was sitting at the bottom of the Atlantic Ocean. She and the 1,500 people who perished in the freezing water could have used a chorus of discordant voices shouting that there was trouble on the horizon. Just as the Titanic was not “unsinkable”, neither is our Republic. Conservative voices may sound dour, antagonistic or even shrill at times, but that is simply because they recognize the greatness of the Constitutional gift we have been bequeathed, the fragile state in which it stands today and the danger posed by those who continue to undermine its grace. In the face of such danger silence is simply not an option.

For better or worse, that’s why I’m a conservative…

Posted by Imperfect America at 3:08 AM