From Bambi to Obamacare... When compassion requires death

Earlier this week I was driving back from the gym around dawn when I saw a deer flailing about in a ditch on the side of the road. I thought it might have been stuck and stopped to see if I could help. As I approached him it became clear that he was not stuck, but had been hit and his legs were broken and couldn’t stand. Not sure what else to do I called the police in hopes they would send a wildlife management team to pick him up. 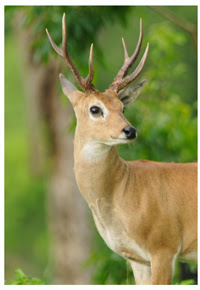 When the police woman arrived she told me that in such cases they typically end up shooting the animal. She said it was the third one that morning and that she hated that part of the job. Once the second cop showed up so that they could block the scene from the street (so as to not traumatize the kids on the school buses) I said goodbye and left. As bad as I felt about the deer’s demise, his swift end was no doubt better than days of suffering in pain and despair as he lay in that ditch unseen by anyone other than opportunistic vultures and coyotes. Like the scene from Last of the Mohicans where Hawkeye shoots Maj. Heyward as he’s being burned alive at the stake, sometimes the right thing to do, the compassionate thing to do is the most difficult.

And so it goes with Obamacare. For years we’ve heard Republicans talk about delaying and defunding Obamacare. Now that Obamacare has begun its rollout and the pain is inexplicably even worse than predicted, calls for delays and exemptions have been heard everywhere. The GOP should not only ignore those calls, but beat them back when they arise from within their own party.

The bottom line is, Obamacare is a disaster from start to finish, with nothing but hidden landmines along the way. By the time Obamacare is fully implemented the American healthcare system will lay in tatters, the American economy will be crippled, and perhaps most disgraceful of all, it will result in tens if not hundreds of millions of people being far worse off than they were before it was passed.

Given the calamity that Obamacare will inflict on the citizens and the economy, the Republicans should fight any attempts to soften the blows of Obamacare in a piecemeal fashion. Softening the blows by delaying its provisions, exempting compliance or expanding subsidies will only result in more long term damage. They will simply temporarily dull the pain of various provisions while the remaining tentacles of the law strengthen their death grip on the country.

Like a frog who cooks in a slowly heated pan of water, the long term outcome is far more damaging than if the frog is thrown in hot water, feels the pain and jumps out. The very reason that Americans are turning on Obamacare and its authors is because they are actually feeling the pain. If the pain is delayed and dulled so that Americans can go about their daily lives as normal, they will be lulled into accepting this debacle before the true consequences are known.

Sometimes, as in the case of the injured deer or Maj. Heyward, killing someone or something to put them out of their misery is the compassionate thing to do in order to save them from their agony and suffering. Other times, as in the case of Obamacare, killing it is not only the compassionate thing to do, but it is the only rational thing to do in order to save Americans from the mistakes they made in 2008 and 2012. Allowing Obamacare to survive in bits and pieces would be the worst thing of all as it would eventually inflict its cancer on the entire population, and not just the young and healthy who are supposed to pay for it. The GOP mantra should no longer be delay and defund, but rather simply do nothing… other than object to President Obama’s unconstitutional edicts allowing delays and providing exemptions. By simply letting Obamacare play out as it was written, Americans will end up feeling the pain that was intended and will respond by seeking to eliminate the source. Unlike the deer, the country will be able to recover from its injuries and may even be emerge stronger as a result, having finally learned the lesson that there is no such thing as a free lunch... even if the other guy is supposed to be paying for it.
Posted by Imperfect America at 6:25 AM