Thankfully humans are no longer slaves to their environment. We have been able to use our creativity and ingenuity to adapt (some of) the world around us to make our lives longer, less dangerous and in many cases, more enjoyable. Throughout history there have been many inventions or innovations that have changed the world: The printing press. The internal combustion engine. Flight. The wheel. Plastic. Penicillin. Computers. Nuclear power. And much more.

Of all of the inventions of man however, the Internet has changed the world more, and more quickly, than any invention or innovation in human history. In what comes down to basically a quarter century – although it’s roots were laid in the late ‘60’s – what most people think of as the Internet, has changed practically every aspect of civilization. It has created a worldwide library people have easy access to from Manhattan island to an island is the south Pacific and most places in between. It has given a voice to the oppressed across the planet. It has changed the way we shop. It has changed the way they play. It has brought everything from scientific study to pornography to investing to our fingertips with the click of a button. It’s even changing the way people date and get married! 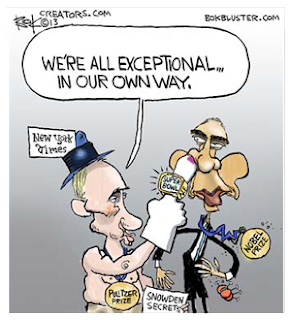 It’s no surprise that the roots of the Internet and most – although not all – of its innovations and superheroes have been American. At its root the Internet is about the sharing of information and ideas, and the United States has a stronger foundation for free speech and the free exchange of ideas than any nation in history. That fundamental freedom of speech, protected by the 1st Amendment, has fully taken root in the Internet and the result has been (mostly) spectacular.

It’s because the Internet has been such a revolutionary force for (again, mostly) good that the latest example of Barack Obama‘s hostility towards American Exceptionalism is so despicable. Although the Internet is truly international, since its beginning at its very foundation has sat an American guiding hand, seeking to ensure its basic functionality, smooth operations and widespread access. Barack Obama doesn’t like that. He doesn’t’ believe there should be an American guiding hand. Last year, his Department of Commerce announced that it was planning on relinquishing the last bit of control the United States has by transferring the power to assign domain names to an international body.

That might not sound like much… but it’s a BIG deal. Right now, the United States is the only country on the planet who can decide who is allowed to have a domain and who can’t. While Barack Obama and most of Washington regularly demonstrate exactly how incompetent our government can be, on the domain front they have been rock solid in support of free speech. Today I can register a domain criticizing Barack Obama, Vladimir Putin, Mark Zuckerberg, Iran or anyone else and not worry about the ability to say what I want… even if no one else was listening. Under Barack Obama’s plan that would no longer be true. 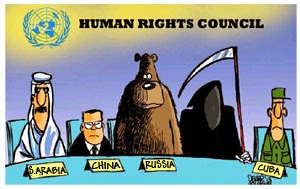 Today domains are managed by an international organization called ICANN, via a contract from the Department of Commerce.  That plan is to have ICANN accountable to some international organization, very possibly the United Nations. Yes, the very same body that put Iran, North Korea, Cuba and Russia on the Human Rights Council. That should work out well from anyone who wants to create a website promoting Falun Gong or exposing the Global Warming hoax, supporting Israel, or criticizing a rich and influential neighbor. Of course it might end up being some other "international" or "multistakeholder" organization that's even less accountable than the UN...  An OPEC for the Internet if you will. At least on the UN the US has a permanent seat on the Security Council!

Although Congress stepped in in December and stripped the Department of Commerce of the power to spend resources on transferring control when the ICANN contract is up in September, Barack Obama seems undeterred.  Last month Department of State Ambassador Daniel Seplveda told a Brussels press conference that he hoped that if the transfer was not completed by September, “significant progress would have been made”. 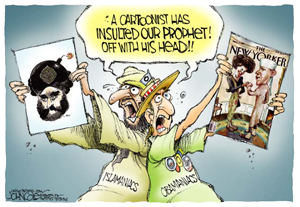 Once again Barack Obama wants what he wants, regardless of what the Constitution says. As we all know from his immigration power grab and his Obamacare waivers, the law is little barrier to Barack Obama's action.  This time however his disdain for the idea of American Exceptionalism is going to harm not only Americans, but anyone around the world who has looked to the Internet as a forum for free speech and the free exchange of ideas.   When censorship and crony capitalism replace free speech and free markets as descriptors of the Internet, we'll know how that happened.  When Beijing and Moscow get to decide what you can and can't say on the Internet, we'll no doubt look back longingly to the relative Wild West Internet of the early 21st century. When your ISP shuts off your service as they enforce a "multistakeholder" ban on Mohammed cartoons, we'll know exactly who's responsible.  Thank you Mr. President.
Posted by Imperfect America at 10:56 AM