In 2008 when Barack Obama was elected president, much of America – including millions of white people – thought the election of a black man to the presidency would prove that America had finally overcome its racist past and truly become a colorblind nation. Alas, that was not to be.

Not surprisingly, after almost eight years of America’s first black president, America is still a racist place… maybe even more of one. At least in the eyes of the Black Lives Matter movement, Colin Kaepernick and thousands of “protesters” around the country and their millions of fans. 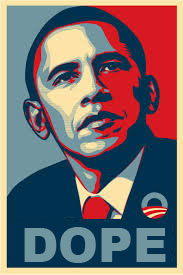 None of those things are true. All of those things are problems, but they are not signs of racism. They are mostly signs of bad decisions by the people living in black communities… mostly in the form of voting for Democrats and liberals, who've long run most of the nation’s largest cities where a majority of black Americans live.

While slavery and Jim Crow most certainly are stains on American history, the problems bedeviling black America today are not the vestiges of some racist system stacked against it. No, a significant number of the problems disproportionately impacting black Americans are the result of liberalism. Union and Democrat control keep urban students stuck in expensive, failing schools. Increases in minimum wage rates keep unskilled and poorly educated black youth unemployed and without work experience. Welfare programs encouraging single motherhood have pushed the rate at which black babies are born to unwed mothers from 20% in 1960 to almost 75% today. The brilliant Thomas Sowell states: The black family, which had survived centuries of slavery and discrimination, began rapidly disintegrating in the liberal welfare state that subsidized unwed pregnancy and changed welfare from an emergency rescue to a way of life. And with the breakdown of the family came an increase in crime and social unrest. Combined with the destruction of education and a regulatory leviathan that suffocates entrepreneurship, blacks in America face daunting challenges. But it is big government liberalism that keeps the deck stacked against them, not racism.

And Barack Obama has been nothing if not a paragon of liberalism. Not only has he dramatically increased both government spending and costly regulation, but he has also been a champion of identity politics. And divisive identity politics has not worked out well for black Americans under Barack Obama. By many objective measures black Americans are worse off today than they were before Barack Obama became president: Black incomes are down since 2008 and poverty rates are up. Black homeownership is down and while unemployment rates are ostensibly lower, factoring in the lower Labor Force Participation Rates makes it a wash. And most tragically of all, murders are up since Barack Obama became president, with 6,782 black Americans murdered in 2008 vs. 7,039 in 2015.

All of this on the backdrop of a presidency that has at its core race. By putting race and “racism” front and center of his presidency, Barack Obama failed the country, and most of all black Americans who looked for him to bring about positive change. His big government policies have dramatically slowed economic recovery and hindered growth, the two keys to prosperity for all Americans, black and white. His constant focus on race has divided the nation more than at any point since the 1960’s. His promises that to improve the lot of black Americans while simultaneously implementing programs that make their success that much more difficult has created a level of frustration not seen in decades. His constant embrace of the social justice perspective against that of law and order has brought back the riots on a scale not seen since the 1960s and a dramatic increase in lawlessness that disproportionately impacts communities of color around the country.

At the end of the day, Barack Obama’s presidency has been an abject failure, for the country in general and for black Americans in particular. Identity politics may play well in the media and in the streets, and sometimes at the ballot box. But alas, where it counts most, economic freedom and prosperity, it never works. Barack Obama was once heralded as the poster child for opportunity in a post racial nation. Now he is a poster child for the failure of identity politics. Economic freedom, opportunity and prosperity don’t care about your race, your sex your religion or your sexuality… they seek limited government and laws that apply to everyone equally. None of which applies to liberalism and identity politics. Let’s hope that history records the failed presidency of Barack Obama is the high point of those cancerous ideologies…
Posted by Imperfect America at 6:19 AM