What Would Jesus Have Done in Kenosha Last Week... What Would You Have Done?

Imagine that Jesus was in Kenosha last week when Jacob Blake, a man with a warrant out on him for criminal trespassing, domestic abuse and sexual assault, began threatening the very person he had previously abused. In order to keep things from getting out of hand he might have given Mr. Blake a heart attack. He might have turned Mr. Blake into The Stay Puft Marshmallow Man. Or he might have had Mr. Blake pull a hamstring so that he ended up wreathing on the ground not being able to move. But none of those things happened and the truth is, I’ve no idea what the Lord would have done had he been responding to the 911 call.  But I know what the police did… They shot Mr. Blake.

Just as I don’t know what Jesus would have done with the 911 call, I don’t have any idea what he would have done in reaction to the shooting… but I do know what the leftist BLM and Antifa mobs did… they rioted, of course.

While we can’t know what Jesus would have done had he responded to that 911 call, we can ask what exactly would most Americans, black or white do if they were in the shoes of the policeman? You have a known violent criminal who has been fighting with you, who was not fazed by a Taser, who was noncompliant in the face of police pointing guns at him commanding him to stop, who continues to defy them and reaches into his car… The police, observing this behavior, not knowing what Blake was reaching for, possibly a gun, had to decide in an instant. Had it been a gun Blake was going for, not only could he have shot one or more of the police, he might have accidentally shot one of his 3 small children sitting in the back seat or some innocent bystanders.  What would you have done?

Should the police have waited until Blake emerged from the car with a gun pointed at them or until he had already started firing? Is that the standard we expect for police now? Wait until a criminal points a gun at you and shoots before you fire? Maybe they should they have used less lethal force instead? Like what? They tried physically restraining him and by using a Taser on him, twice! Neither worked. Should they have tried a net like gladiators used to use? Blake was undaunted and violent… so expecting him to reach into his car and pull out a candy bar or some flowers wasn’t exactly rational. The police expected something violent and fired before someone other than the criminal got hurt. What is the right alternative in this circumstance that would have guaranteed no one else – or even Jacob Blake – was hurt? 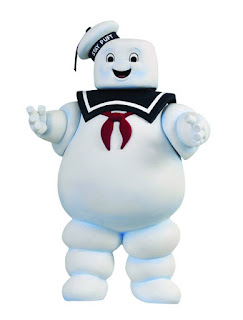 “But they didn’t have to shoot him 7 times!” or “They didn’t know what he was reaching for at the time… it could have been his keys!” Because… yeah... It’s one thing to play the Monday morning quarterback and say what should have been done or not done after the fact, but in the heat of battle… and make no mistake, for those involved that’s exactly what this was, what was the right answer in that split second, at that moment when the lives of at least three police officers, three children, numerous civilians and the suspect were on the line? Sure, someone might say, hey that’s not fair to ask us, we’re not trained to know what to do in situations like that, but the police are. That’s true… but it was clear they tried all those things they were trained to do and nothing seemed to stop Blake… but that doesn’t seem to have mattered to the rioters.

So where does appear to leave America in 2020? Do facts not matter any longer? Do circumstances not matter? Is everything literally black and white as in black vs. white? How does this comport with Martin Luther King’s hope that people would be judged by the content of their character and not the color of their skin? All anyone knew in the hours after the shooting was that a black man was shot by white cops… Full stop.  Period. Yet, chaos and violence ensued.

In today’s world of identity politics and the cult of victimization the facts no longer matter. Rational thought no longer matters. Objective reality no longer matters. The only thing that matters is the message of victimhood, the color of one’s skin or gender or whatever today's characteristic of choice, but only as it relates to traditional America and traditional American values. If a black criminal gets shot because he’s defied every non lethal attempt to subdue him, he’s a hero, regardless of the facts. If a white kid shoots three protesters in self defense he’s a white racist… regardless of the facts.

People like Nancy Pelosi, LaBron James, Mark Cuban and the entirety of the media, education and Democrat cabal have brought America to the brink of anarchy with their disregard for the truth, for objective reality and for the true and good nature of most Americans. They have embraced, manipulated and leveraged anecdotal evidence of human failings to tarnish the name of half the population and undermine the founding principles of the nation that has done more good for more people than any in human history. All in the name of Hope and Change… In reality, it is power they seek. It is obedience they seek. Fundamentally, it is fealty to their worldview they seek. Racism is no longer defined by actual racist behavior… it’s defined by whatever they say it is. Free speech no longer means actual freedom to speak your mind… no, it means you’re free to say only those things they agree with. Fair is no longer a term that can be debated based on the merits of an argument… no, alas, fair means outcomes that are aligned with the various identities of the people involved, regardless of effort or risk or ingenuity associated with the endeavor being undertaken.

Which brings us back to Kenosha. And Portland. And Seattle. And Baltimore. And Chicago. And New York. And Ferguson. America was never perfect and it never will be. But it has been the greatest nation on the planet for at least a century and has grown better decade after decade. But that’s not good enough for Pelosi, James, et al. They have a worldview of perfection as they define it and they demand it now. They are in the process of killing the goose that has laid golden eggs for 233 years. If they are allowed to win the argument today and the election in November the nation will come to resemble Kenosha far more than it does the rich enclaves that they inhabit… and the goals that they pretend they care about will end up in tatters on the floor.  More importantly, the people they profess to care about will end up as part of a system which will likely provide far fewer opportunities, far fewer freedoms, far less security and far less prosperity than the one they inhabit today. As I mentioned, I can’t speak for Jesus, but I can’t imagine that he or anyone with a functioning brain would be in favor of replacing imperfect freedom with leftist fascism… but that’s exactly where this cabal wants to take us.
Posted by Imperfect America at 9:03 AM