A call to arms... or at least a call to the phone!

Tomorrow Congress is slated to take what will be the single most important vote that has occurred in your lifetime… Or at least since December 8th of 1941. 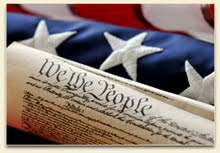 Barack Obama is a modern day Julius Caesar and ObamaCare is his Rubicon. Just as Caesar’s crossing of the fabled river foretold the end of the Roman republic, Barack Obama’s the passage of ObamaCare signals the eventual collapse of the American republic. That probably sounds like hyperbole… It’s not.

ObamaCare alone will not crush what’s left of the American spirit. Its passage however will signal exactly where America will be heading. The United States has been on a march towards a socialist paradise for much of the last 80 years. With ObamaCare we may finally find ourselves there, and if history is any guide, it will be far from paradise.

It will not happen in one fell swoop, where the day after it passes Americans are magically transformed into mind numbed robots. Rather, the day after ObamaCare is signed into law, it will mean that the Constitution of the United States has ceased to be the law of the land and that henceforth we are a nation of men rather than a nation of laws.

Not only will you not find these rights in the Constitution, but you will not find them in any of the “penumbras” surrounding the Bill of Rights as suggested by Justice William O. Douglas in Griswald v. Connecticut. Every right in the Constitution is a right of freedom or liberty. Freedom of Speech. Freedom of Religion. Right to Bear Arms. Right to a Grand Jury or the freedom from compelled self incrimination. None of these or any other rights requires the government to take from one citizen to provide them to another. Even in 1963’s Gideon v. Wainwright, the case that stated that the government must provide counsel for defendant’s unable to afford such, it was for the use in cases where defendants were in jeopardy of the government taking away one or more of those fundamental, explicit rights, up to and including their very lives. Nor does the power come from the “Welfare Clause” of the constitution. James Madison, the Father of the Constitution said: “With respect to the two words 'general welfare,' I have always regarded them as qualified by the detail of powers connected with them. To take them in a literal and unlimited sense would be a metamorphosis of the Constitution into a character which there is a host of proofs was not contemplated by its creators.”

Equally important as the forging of entitlements into rights, is the explicit acquiescence of the notion that the government has the right to explicitly control the economy. While a government can never be fully disconnected from its economy, for much of our history government exercised fairly little control over the private sector. With Teddy Roosevelt and later the 16th Amendment (Income Tax) that began to change so that today there are few areas of our lives where there is not some government intervention. Think about it, how many times the federal government touches your life every day. Do you ever eat? FDA. Do you ever talk on a cell phone or listen to the radio or watch TV? FCC. Do you have a job? OSHA, NLRB. Do you drive a car, use hair spray, breath? EPA. Do you have a kid in school or are you paying back a student loan? Department of Education. Do you have a credit card or even a bank account? FDIC or the Fed. And then of course don’t forget about our friends at the IRS. With Barack Obama and the Democrats, what was left of the Chinese wall that separated regulation and control will simply evaporate. Given what has occurred with General Motors, AIG and the plethora of TARP banks that should not be much of a surprise. Explicitly in the ObamaCare bill they explicitly take over the student loan market. What is next? Will they build our houses, grow our food, and raise our children?

While the government does not yet control our lives from cradle to grave, we’ve been slowly moving in that direction for much of the last 60 years. With ObamaCare even the sheen of liberty will soon be gone. Nancy Pelosi said as much last week when she stated that Democrats were going to “Kick open that door, and there will be other legislation to follow.” If the machinations, legislative gymnastics and coercive tactics we’ve watched over the last couple of months prove one thing, it is that the Democrats in Washington will do whatever it takes to fundamentally transform the United States into their socialist utopia.

The world will not end on Monday if ObamaCare passes. The sun will still come up, the birds will still chirp and the leaves on the trees will still bristle in the spring breeze. The world will have changed however in that the freedoms our founding fathers enshrined in our Constitution and millions of soldiers fought and died to protect, will be on their last legs. The United States has done more for the advance of the human condition than any nation in the history of the world, and that is due to the combination of its Constitutional rule of law and free market principals. In one fell swoop ObamaCare is eviscerating the foundations of both.

It’s not a done deal quite yet however… There is still a glimmer of hope. If this e-mail has touched you and you would like to try and do something, I would like to encourage you to visit http://www.nrcc.org/CodeRed/targets/ and call the congressmen who are either on the fence or have stated that they are going to vote for ObamaCare. If you live in their district you can tell them that you will vote against them. If you do not live in their districts you can promise that you are going to contribute to their opponent’s campaign.

While there is no guarantee of what the outcome is, I know what is at stake and I’m going to do everything I can to help save this Republic.
Posted by Imperfect America at 9:13 AM