Surprise: It turns out Barack Obama's not even a very good Community Organizer 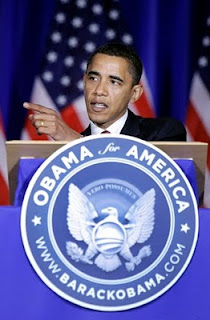 In 2008 many people asked whether or not Barack Obama was qualified to be president. Not in reference to his birth certificate, but rather to his lack of executive experience. The President of the United States after all, is the CEO of a rather large and powerful organization and it might not be the best place in the world to get on the job training. During the campaign however, when queried about his lack of executive experience candidate Obama was unequivocal in establishing his bonafides in hopes of assuaging any concerns: In a Democratic debate in February he suggested he would make a good leader: “I can bring this country together, I have a track record, starting from the days I moved to Chicago as a community organizer.” Later he told 60 Minutes: “I've run my Senate office, and I've run this campaign.” and CNN: “We have got 2,500 (employees) in this campaign… You know, we have a budget of ($36 million) …just for the month. So, I think that our ability to manage large systems and to execute, I think, has been made clear over the last couple of years." Of course the proof is in the pudding, and his campaign was indeed successful. On the “Community Organizer” deal we’re not so sure.

On its face, one would imagine that at a minimum the job of a “Community Organizer” would be to do things that organize the community and make it better off. In practice it seems to entail finding a group of people who share some geographic, economic and or demographic traits who simultaneously are certain that someone else is responsible for whatever misfortunes they may be experiencing. The “Community Organizer” then proceeds to stir the group up and proceeds to use intimidation and strong arm tactics in conjunction with groups such as ACORN or SEIU to extort money or other bounty from corporations or taxpayers. By his own measure, Barack Obama was a successful Community Organizer.

The question is however, how does that “success” as a Chicago “Community Organizer” translate into success as the President of the United States? To make this simple we’ll focus on just one opportunity. Of course I’m referring to the BP spill, and I’m not referring to the actual leak itself. Not that it’s not important, but that is something the President truly has little direct control over. No, I’m referring to the effects of the spill on the “Community” of the Gulf Coast. If “Community Organizer” actually means anything, it must at least mean helping a community deal with difficult situations of this scale. One would expect with the resources available as the President of the United States such assistance would be vast, rapid and efficient Not so much. 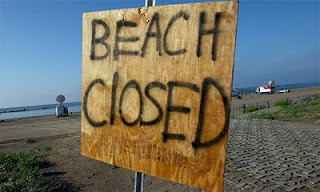 Three days after the sinking of the Deepwater Horizon, the Dutch government offered help in the form of ships outfitted with oil skimming booms with the potential of collecting more than 1,000,000 gallons of oil a day. The administration said “Thanks, but no thanks”. On May 2nd Louisiana Governor Bobby Jindal requested from the federal government 3 million feet (about 600 miles) of absorbent booms to help protect the Louisiana coastline and marshlands. Two weeks later less than 800,000 ft of booms had arrived. Four weeks later, on June 7th the Governor stated that there were still not sufficient booms to help protect the state’s beaches. And it was not because there were none available. John Lapont, the owner of Packgen, a Maine company that manufactures booms has been all over the news telling anyone who will listen that they have 80,000 ft. of booms in their warehouse ready to ship and have ramped up capacity to 90,000 ft (18 miles) a day. He first contacted BP and the government in early May and by June 7th still had not shipped a single foot. And Packgen is only one of many companies who have contacted the government and BP with proven tools to help mitigate the damage to the Gulf Coast.

Even when it’s just federal government permission they are seeking to help themselves, things still don’t work. On May 11th Governor Jindal requested permission from the federal government to build sand berms to protect the state’s coastline. As if studying both sides for a debate class, the administration dithered and worried about the hypothetical impact of building the berms rather than focusing on the actual threats quickly moving towards the shore. Finally an exasperated Jindal announced on May 23rd that Louisiana would build its berms with or without federal approval. In record speed the administration bolted into action and a mere 10 days later the federal government finally approved the building of said berms.

These are but three small examples that put the lie to the notion that President Obama’s time as a “Community Organizer” provided him with sufficient executive experience to be a competent President. To make matters worse, on June 1st Attorney General Holder announced that the federal government would be conducting a criminal investigation into the circumstances surrounding the spill and that if any BP personnel broke any laws they would be prosecuted to the fullest extent of the law. If this was not pure buffoonery I’m not sure what is. Here, in the midst of the greatest environmental disaster in American history, just when it’s metastasizing into a full blown economic calamity and human tragedy, the President and his minions threaten to jail the very people who they are depending on to solve the source of the problem in the first place. If BP personal were less than forthcoming before, phone calls from their lawyers telling them that any utterance they make could be used against them will no doubt start them singing like canaries.

Rather than an “ass kicking” “Community Organizer” what the country really needs is someone who knows how to solve problems, like Apollo 13 flight director Gene Kranz. (Ed Harris played him in the movie.) When the trouble started Kranz pulled together the biggest brains he could get his hands on and stuck them in a room with all the 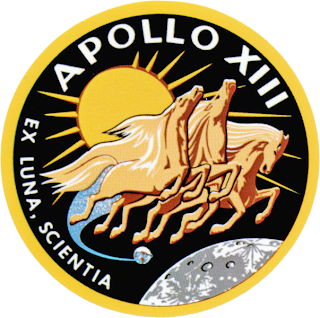 materials available to the astronauts in the damaged spaceship. He told them they were not coming out until they figured out how to use those materials to put together a rescue plan. They came up with a plan and it was one of the greatest triumphs of American ingenuity in our history. Forty years later, given the potential damage to the environment, the economy and most importantly, to the lives of the Gulf Coast “Community”, President Obama should have pulled a Gene Kranz with the goal of mitigating the damage from the spill. Even if one buys the administration’s argument that BP was lowballing the amount of oil released so they (the administration) didn’t know the real potential damage until the end of April, they had plenty of time to pull together the expertise and resources necessary to mitigate much of the damage that was easily foreseeable. From hay and hair as oil sponges Dutch skimmers to setting the oil on fire to letting Bobby Jindal build whatever berms he felt were necessary, there were a wide range of actions this administration could have taken to avoid this accident from becoming a disaster. They didn’t and it shows…

When all is said and done, President Obama is not responsible for the explosion at the bottom of the Gulf. He is however very much responsible for the environmental, economic and human disaster it has created. The dithering and ineptitude demonstrated by his administration sits squarely on his shoulders.

Right now millions of Gulf Coast citizens might even settle for a remotely competent “Community Organizer” who might be able to actually help their communities. It turns out that despite being adorned with all of the trappings of the Office of the President and vested with all of its requisite power, President Obama isn’t even very good at the one thing he told us he was. So much for truth in advertising.
Posted by Imperfect America at 4:07 PM