Dreams vs. fantasies. Dreams are a good thing to have. They inspire us. They generally have some connection with reality and are usually the kinds of things one can work at attaining or accomplishing. Fantasies on the other hand usually have very little connection with reality and even less likelihood of coming true. One might dream of making a million dollars or growing up to play for the Yankees, but one fantasizes about being Superman or achieving world peace.

With age, most of us begin to recognize that there is a difference between the two… So too is it with countries… or at least it does theoretically. Unfortunately, in America in 2011 the citizenry and their agents in Washington are still living in a fantasy world. The fantasy I’m talking about is government spending. And I’m not even talking about current spending… I’m talking about future spending, in the form of unfunded liabilities: Those promises the United States has made for which it has no money to pay, no ability to pay and no plan (realistic or otherwise) for how it will pay them.

At what point does a nation grow up? At what point does a citizenry demand that its representatives speak honestly and act rationally? How big does the stack of promises have to be? Is there some dollar threshold? If so, what is it? The late Senator Sen. Everett Dirksen is said to have uttered the following: “A billion here, a billion there, and pretty soon you're talking real money.” I wonder what the late Senator would say if he had knew how large Uncle Sam’s unfunded liabilities had become. In a universe where the GOP is talking about going to the mattresses over raising the debt ceiling by a couple trillion dollars, Senator Dirkson’s “real money” has become $62 Trillion of promises Uncle Sam has no way keeping! 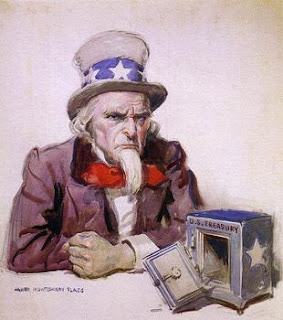 That $62 Trillion overhang is more than twenty times the federal government’s $2.5 Trillion 2011 revenue – and four times our $14 Trillion GDP. To put this in some perspective, let’s imagine you earn $50,000 a year in salary but your annual expenses are $65,000. To make up the shortfall you borrow $15,000 a year from a distant uncle. Given that you are spending 30% more money than you earn every year, how are you going to fund the $1,000,000 college education you just promised your newborn baby? At some point your once rich uncle, to whom you now owe $150,000, is going to cut you off. Then what does junior do for college? Imagine how upset he will get when he turns 18 and finds out you broke the promise you reiterated to him every day of his life for two decades. Unable to pay, you go out and adopt a bunch of foster children and put them to work to pay for Junior’s education. Soon enough you’ve got a house full of angry young adults each wanting their educations. At some point the reality of their bleak situation sinks in and the kids organize themselves and throw you out of the house, take whatever money you had stored in the floorboards and maybe even find out if there is a place where they can sell you into slavery.

At the end of the day, this is exactly the situation that America finds itself in. Uncle Sam – AKA the American taxpayer - owes private citizens and foreign countries $9 Trillion; owes himself another $5 Trillion (due to using the money paid into the Social Security trust fund to pay for current operations); and owes citizens themselves a whopping $62 Trillion… And that’s using the optimistic assumptions of the CBO – others peg it at $100 Trillion or more - bottom row... brace yourself!

This fantasizing simply cannot continue forever. The question is, when are the American people going to decide to force their employees in Washington to begin to take real steps to address this problem? Democrats suggest it can be solved by simply growing the economy and raising taxes on corporations and the rich. Unfortunately however, as Bill Whittle demonstrates very clearly, taking every single penny from the rich still wouldn’t even be enough to cover the costs of current operations, never mind future spending. 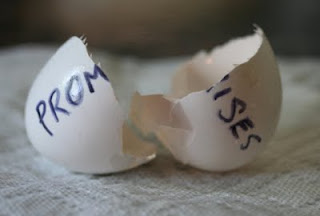 One doesn’t even need to raise the specter of Greece to make the point about what happens when government makes promises it can’t keep, although that is certainly an apt comparison. (Don't believe me... read what Bill Gross has to say about it.) No, you just have to look to California. Two weeks ago the US Supreme Court told the state they must release 40,000 prisoners. Why? Because they were all innocent? No. Because they had all apologized? No. Because the Court decided that the conditions in which the state was keeping them were “cruel and unusual” and therefore unconstitutional. The reason America is now going to be welcoming 40,000 criminals back into its arms is because California was not spending enough on prisons. With so many contracted promises to unionized employees there was simply not enough money left to pay for more prison cells. Sacramento, like Washington, lives in a fantasyland from which it refuses to emerge.

Forty thousand prisoners is just the beginning for California and for America. The New Jersey Supreme Court just last week demanded the state (broke or not) spend an additional $500 million for education, period, end of discussion – and just so the point wouldn’t be missed, one justice suggested raising taxes.

As shrinking credit availability and a government controlled economy that produces moribund tax revenues begins to intersect with trillion dollar deficits and exponentially larger promises of future spending, things will only begin to steamroll, and not in a good way. It will start with arbitrary budget cuts to things like national defense and homeland security and will eventually squeeze out everything other than wealth transfer payments. If Americans think they have little control over how Washington spends its money today, wait until the federal courts (filled with lifetime tenured judges) start telling Congress and the Executive Branch what they have to spend, where they have to spend it and how high they must set taxes.

The only way out of this black hole is to address the problem of unfunded liabilities and current account deficits today. If we don’t, we shouldn't be surprised when the Supreme Court demands tax rates be doubled and the pentagon slashed down to a triangle in order to pay for welfare, Medicaid and Social Security. Unfortunately however, even the entire federal budget isn’t a fraction of what it would take to pay for all of the promises Washington has made. Most of us survived learning there was no Santa Claus. The question is, how bad do things have to get before we summon up the courage to break the news to Uncle Sam?
Posted by Imperfect America at 3:21 AM