Government programs have accomplished what slavery and Jim Crow could not... they've destroyed the black family.

For those of you who have never looked at my picture, I’m a white guy. Given the subject of today's piece I might as well get it out of the way. In addition, other than participating in ROTC at Florida A&M University (an historically black institution), spending a semester in Florida State’s Degraff Hall dormitory (at that time the dorm established primarily for “African American students”) and minoring in Black Studies while at FSU, I don’t have any particular experience in what one might call black culture. (I use the word culture in the general sense, recognizing that not every member of a particular group shares all aspects of that culture.)

I do have eyes however, and much of what I see of black America is not good. I say that not as an indictment of black people. On the contrary. I don’t think blacks are any better or worse than anyone else on the planet or in the country. 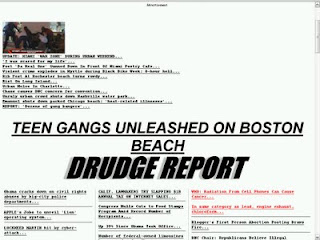 That being said, I put pen to paper on this topic because of a series of disturbing headlines I’ve seen over the last month combined with something Walter Williams recently said on John Stossel’s show. Over the Memorial Day weekend Drudge ran a series of headlines about chaos breaking out across the country: Chicago, Charlotte, Boston, Miami, Nashville… The common factor across each of these melees was that the problems involved large groups of black teens and young adults. These stories dovetailed with numerous recent accounts of “Flash Mobs” across the country (Washington, Las Vegas, St. Paul) where similar groups of black youths descended on a store of one sort or another and brazenly walked off with hundreds or thousands of dollars of merchandise.

Something struck me about the people whom I was reading about or watching on video… they seemed to have no appreciation for personal property. It seemed to me that the violence and mayhem being displayed was the result of people who had an entitlement mentality where they felt they could do whatever they wanted, could take whatever they wanted, regardless of the consequences on anyone else, simply because they could. One asks how do people end up with this type of mentality. The answer was obvious: the government’s nanny state. 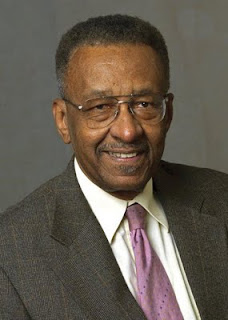 Then Walter Williams crystallized my thinking when he made the observation that government programs had accomplished what slavery could not do and what Jim Crow laws could not do… they destroyed the black family. The numbers are stark. Williams points out that up until the 1940’s between 75 & 90 percent of all black children were being raised in two parent homes while today the number is less than 1/3. He continued, pointing out that the illegitimacy rate amongst blacks was 18% in 1940 but ballooned to 72.5% in 2008. In a 1985 documentary he suggested that government programs, with their “good intentions” had led America’s black families into Hell.

The recent news stories about riots and gangs and flash mobs are simply the symptom of the Hell Williams discussed. There are now millions of government supported and government non-educated black youth (and in many cases their parents before them) who simply have no understanding of the concept of individual responsibility, private property or work. The result is exactly as one would expect. As Williams points out, “If you subsidize something you get more of it” i.e. dependency, illegitimacy, poverty… and most brutally, if you tax (or regulate) something you’ll get less of it… i.e. jobs.

Culture of course is different than people and there are many black people and families who do not fit into this culture. Regardless of whether or not one agrees with the notion of a black culture in the first place, one must agree that the state of black America is difficult. Bill Jones, the Chairman of the Black Studies program at FSU back in the 1980’s once said that he could make a very strong argument that blacks in America were better off before the civil rights movement. His primary argument was built on the loss of role models in the black neighborhoods as most of the successful people moved out to the suburbs as soon as they could. Without those positive role models to show them how to act, who could the young people in those neighborhoods look to for guidance?

While that was not his position, he suggested a good argument could be made for it. He makes a valid point. Role models are always important for young people, but particularly for those growing up in difficult circumstances. Despite what Hollywood might want to suggest, data clearly demonstrate that growing up in a two parent home is one of the most powerful indicators of a child’s success in life. By ameliorating the financial burden of having children, by removing any correlation between individual responsibility and income, and most devastatingly of all, by making fathers superfluous, the liberal policies of the last five decades have destroyed the lives of millions of black Americans who make up what one may or may not want to characterize as black culture.

America is too great of a nation and the challenges of the 21st century are too many to leave any group behind. If America is going to survive and thrive well into the 21st century, it will require the entrepreneurial, creative and productive efforts of everyone, including her 40 million black citizens. Let's face it, we're in this together. Five decades of government policies have handicapped millions of black families and we’re seeing the consequences of those policies in headlines across the country. Perhaps the recent demonstration of that destruction playing itself out in front of news cameras and security cameras will be a catalyst to make black Americans reconsider their fealty to the Democratic Party and the big government programs that have wrought so much damage to their communities… One can only hope.
Posted by Imperfect America at 4:51 PM