The Democratic Party - A Picture America can do without...

Sometimes when we look at events in isolation we see them as tragic or despicable or just lamentable. When we look at them together as a group however we come away with a completely different impression. They can seem to form a pattern or a picture that was hardly discernible when seen in isolation. The following is a collection of just such events. 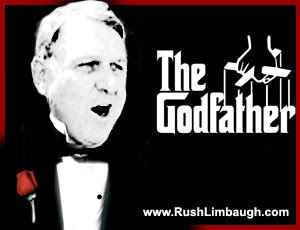 The thing that stands out about these various events is not that violence occurs or that people use despicable rhetoric to try and gain support for their unsupportable platforms or positions. No, the thing that stands out about them is that the people at the center of these various events seem surprisingly comfortable doing what they were doing or saying what they were saying in full view of God and Creation - not to mention the general public via some video cameras.

Few of the flash mobbing youths are concerned enough about anonymity to even bother to make the most rudimentary attempt at covering their faces. The Wisconsin Capitol had an air of Mardi Gras about it as demonstrators went about defacing state property in full view of news cameras from around the country. Jimmy Hoffa felt entirely comfortable offering the President of the United States his “army” in order to “take these sons of bitches out” in front of thousands of people and numerous cameras.

While criminals and manipulative politicians are not particularly unique or new, what is new is the brazenness with which they perpetrate their crimes or throw around demonstrably false charges or exhort their followers to violence. Other than the longshoremen who used violence under the cover of night, none of these people seem to be a bit concerned with a threat of sanction or consequence.

Individually these events are disheartening to say the least. Together however they are something more. Together these events form a picture of the modern Democratic Party. Government welfare programs, identity politics and union thuggery. This is a picture the United States can do without.

Unless America wants these anecdotes to become the norm, a change will have to be made. A century of failed policies should be enough to send the Democratic Party to the dustbin of history. Let’s hope 2012 is the beginning of the end for the party of big government, confiscatory taxes and anti-social behavior. Now that's a picture worth seeing.
Posted by Imperfect America at 1:46 AM