In business there is something called “sunk costs” which refers to funds that have been spent and are unrecoverable. At any given point sunk costs are irrelevant to the decisions going forward. An example of this would be a company that has spent a billion dollars building a plant and now has to choose whether or not to spend another billion dollars hiring staff and actually operating the plant. At the point of the decision the only thing that should be relevant to the decision makers is what makes best sense for the firm going forward. Does the company make more money by staffing and operating the plant or by selling it? The decision should be based solely on what’s best going forward, with no sentimental attachment to the billion dollars already spent building the plant.

The key element of sunk costs is recognizing that you can’t change or undo anything that has already happened and therefore the focus of your attention should be what you can do today to impact tomorrow. 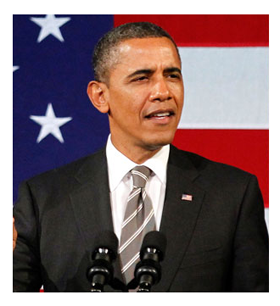 The last three years should be looked at as sunk costs… or simply unalterable history. The November election cannot turn back the clock. It can only look at a course for the future.

As such, voters should evaluate Barack Obama and Mitt Romney as a board of directors would if they were seeking to hire a president or CEO to run their organization.

The first thing you’d do is take a cursory look at their resumes. Obama earned an undergraduate degree from Columbia while Romney earned his from BYU. Both men earned graduate degrees at Harvard. On that score you’d have to say that the men were very similar. As for their success as students it is not currently possible to compare the two. Romney graduated in the top 5% of his class at Harvard while Obama has refused to release any of his school transcripts.

The next thing you might look at their relevant work experience.

Obama worked as a community organizer in Chicago, taught Constitutional law at Columbia, was elected to the Illinois Senate and then the US Senate. His most important work experience comes from his three years as President of the United States.

Romney worked as a business consultant, founded a private equity firm, managed the 2002 Winter Olympics in Salt Lake City and served as Governor of Massachusetts for four years.

Finally you might look at their family situations and personal life as you wouldn’t want your new leader embarrassing your organization. Obama is a nondenominational Christian and is by all measures a devoted husband and dedicated father of two little girls. Romney is Mormon, has been married to his wife for 43 years and the couple has raised five boys.

On first blush both men seem to have the basic qualifications necessary to be President. But one needs to look at the experience a bit deeper now.

Barack Obama’s career was fairly unremarkable prior to entering the White House. As such, his best case can be made when looking at his time in office. He was presented with a difficult situation of the American economy in 2009. What has he done? The most obvious thing is that he’s borrowed and spent a great deal of money. Results? Higher unemployment than when he took over. Fewer people are actually working than when he became President. Inflation is 3% higher although the economy is experiencing stagnant, albeit positive, growth; the slowest recovery since the Great Depression. He passed ObamaCare and was subsequently sued by 27 states and the law is in front of the Supreme Court. Osama Bin Laden is dead. American troops are out of Iraq. 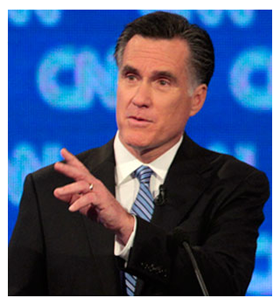 Romney’s work experience is far more telling: While at Bain Capital he earned his shareholders billions of dollars via his rescuing and restructuring companies – although not all such attempts were successful. In Olympic host city Salt Lake, he took a Winter Games that what was on course to lose hundreds of millions of dollars (which is the norm for host cities) and turned it into a money maker – to the tune of $100 million – and a successful Olympics to boot. So too as Governor of Massachusetts, where he left the state with a surplus after having entered office with an expected $3 billion shortfall.

Romney’s tenure as Governor was anything but spectacular however. Although he helped the city of Boston climb out of its Big Dig disaster, he left with a 34% approval rating and budget deficits returned once he left office. He also implemented the blueprint for ObamaCare in Massachusetts during his tenure.

As a member of the nation’s board of directors tasked with choosing a new leader you might want a viable third candidate, but you don’t have one. As such, the question is who will do a better job of running the country for the next four years. The answer is actually crystal clear. While Mitt Romney’s tenure as Governor of Massachusetts was less than spectacular, his business career was everything including spectacular. In addition, at the Olympics he had to deal with a plethora of international organizations, federal, state and local governments and everything was under klieg lights unlike any other event around the world. And he performed that job flawlessly.

Barack Obama on the other hand has made an absolute mess of the US economy, he has divided the country and has accumulated more debt in three years than any person in human history. At the same time he has discouraged millions of Americans from looking for work while dramatically increasing the number of people on the government dole. At the same time he has promised to put the United States on the socialist path of Europe, just as that continent is disintegrating.

American success was built on the backs of entrepreneurs, innovators, inventors, capitalists and workers seeking their own piece of the American Dream. Unleashing the power of that lineup to help the country emerge from the never-ending economic quagmire we find ourselves in is going to take someone who has a basic understanding of what it takes to incentivize those players to not only want to get back into the game of productivity and profitability, but more importantly, understand what keeps them from doing so… i.e. how organizations function or don’t. The organization in this case is the United States and the thing that keeps it from functioning properly is government regulations and interference.

When the American people walk into the voting booths in November and decide which lever to pull, they should imagine themselves pulling the lever for the candidate who is going to help not just them, but the employer who pays their salary or the customer who buys their products or the employee who works for them. Or if they don’t’ have a job, who can create an economic foundation for enough to be created for them to have a choice as to which one to take. They should then open their eyes and pull the lever for Mitt Romney.
Posted by Imperfect America at 2:35 AM