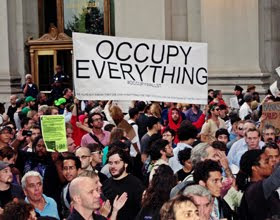 One can’t but hear the almost daily drumbeat from the left about how unequal things are in the United States. There is an income disparity between the haves and the have-nots where Wall Street bankers take millions of dollars home to their Greenwich mansions while millions of others work for minimum wage and can’t afford their own home, never mind something resembling a mini-Versailles.

It doesn’t matter if it’s at work or at school or volunteering for a church fundraiser, different people perform differently. In school I remember friends who earned straight A’s with seemingly little or no effort while I struggled to get Bs or Cs. Of course, even though I recognized how challenged I was, I rarely did the work I knew was necessary to merit anything other than a passing grade. I always told myself that I could have earned straight A’s had I applied myself. Maybe I was right, maybe I was wrong, but the reality is that I didn’t care enough about earning A’s to do the work to earn them.

And so it goes in life. Most people get out of it what they put into it. The United States is a nation where, for the most part, people have the opportunity to achieve the success they seek if only they work hard enough and smart enough to get it.

No nation of any size has ever created an environment where everyone was equal in outcomes. Lots have tied however from Revolutionary France to the Soviet Union to Communist China. Economic equality has been tried on our shores as well, from the Mayflower Compact to New York’s Oneida Community to the 1960s communes. All failed to achieve anything resembling a sustainable equality and are gone, other than Communist China, which is anything but egalitarian in any sense of the word.

Today in the United States it’s fashionable for union activists and college students to protest the inequality in society where the rich get richer and the rest of us get poorer. The problem with that logic is that while the rich have gotten richer, so has everyone else. Does it matter if the rich are 25 times richer than the poor if everyone is twice as well off as they used to be? Poverty used to mean that someone had little if any food and possibly a ramshackle place to live if they were lucky enough to have a roof over their head at all. Today, poverty in America means something quite different… Refrigerators, air conditioners, televisions, DVD players and cell phones.

Indeed, in America today poor people have far more in common with rich people than perhaps any point in human history. In 15th Century the King of France had hundreds of courtiers whose jobs were to do everything from cook his food, put his clothes on him to literally wiping his behind when he was done with his business. Paupers not only could never afford the King’s luxury, they didn’t have access to the same basic amenities in life from nutrition to leisure time to entertainment. The discrepancy was not something that could ordinarily be erased by hard work or ingenuity. In this respect Royal France was not so different than most periods of human history. Similar disparities existed in Cleopatra’s Egypt, Victorian England and Tsarist Russia as well.

In America however, not only are those listed in poverty far better off than at any time in human history – and indeed better off than many middle class Europeans today – they also have opportunities for upward mobility that have rarely existed anywhere at any time.

Given that we all have unique DNA, we all live unique lives, we are all motivated by and drawn to different things, economic equality and prosperity tend to be mutually exclusive. As William Bradford learned, imposing equality of outcome leads to economic ruin.

Luckily for Americans and the rest of the world, the United States learned early that a society that seeks to be truly egalitarian doesn’t start by declaring everyone share everything they have or that somehow citizens were to become robots where everyone produced the same amount and consumed the same amount. No, the Founding Fathers delivered something far more powerful. They created a nation where everyone (eventually) was able to harness their unique abilities to invent, innovate and simply work to create a better life for themselves and their families. In doing so the United States has led the march of the improvement in the condition of man over the last two centuries. 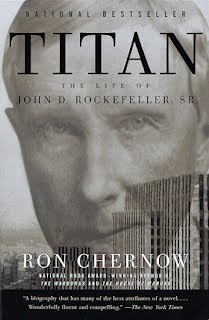 With that improvement came great disparities. At one point after the turn of the century when the average American was earning $750 per year, John D. Rockefeller’s wealth was $1 billion, or about 1.5% of US GDP. (For comparison, an equivalent net worth today would be approximately $210 billion, four times Bill Gates’ wealth.) Despite the wealth disparity, the average American was far better off because of Rockefeller as energy prices declined by more than 90% between 1865 and 1910 even while demand skyrocketed. The average American benefited from similar disparities with giants like Carnegie, Vanderbilt and continue today with men like Bill Gates and Jeff Bezos.

The proof is definitive; capitalism makes people richer, both the capitalists themselves and everyone else. As such, the question for the left is: Is their goal to make the lives’ of everyone better or simply destroy the capitalists? Their actions seem to suggest the latter, but if their true goal is the former, they should throw down their “I am the 99%” banners and storm Washington. Not to demand the heads and wallets of the rich, but rather to inveigh against Congress for creating a bureaucracy that hinders a citizens ability to harness their passions, skills and ingenuity to earn themselves millions of dollars as they enrich consumers willing to pay for whatever goods or services they provide.

It’s no coincidence that six of the ten richest men in human history are Americans, three of whom started their lives as paupers. We should celebrate their wealth and success as we benefit from their efforts. Perhaps such celebration would inspire millions of would-be entrepreneurs, inventors and innovators to follow their examples. We should be so lucky.
Posted by Imperfect America at 3:39 AM