The Vindication of Ted Cruz

Pundits and journalists across the country have suggested that Ted Cruz and friends accomplished nothing with the government shutdown. I’d beg to differ. Indeed, I’d suggest just the opposite. The best parallel I can draw is with Ronald Reagan in 1976 when he angered the GOP establishment by challenging Gerald Ford for the party’s nomination before he went down to defeat at the hands of a peanut farmer from Georgia. Reagan however had made his mark. He was for smaller government and everyone knew it. As a consequence, four years later he won a resounding victory on the strength of the army of supporters he inspired in 1976. 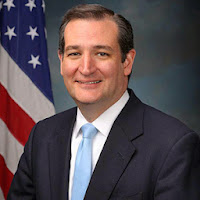 In the same way, Ted Cruz hates Obamacare. He recognizes that Obamacare is an anvil around the neck of American freedom and prosperity. What is most important about his “filibuster” and the shutdown is that he has left no doubt in the minds of Americans exactly where he stands. Not only about where he stands, but also about his willingness to suffer the slings and arrows from both the opposition and those within his own party in order to make a clear statement. And that statement is that big government in general and Obamacare in particular are bad for America.

The first is the most telling: Given enough time it would have become clear to more and more Americans that the “shutdown” of the federal government would not bring about the end of the world, despite the warnings from the big government types in both parties. This was the real reason that the media and the Washington establishment focused on the shutdown. By the shutdown demonstrating the irrelevancy of Washington to the lives of so many Americans, they feared that the voting public might just decide that they didn’t really need to be taxed to the hilt and mortgaged beyond their lifetimes to pay for things that didn’t really matter. As such, the war on Ted Cruz and the Tea Party via the shutdown had to be job number one, which it was. The reality of this fact can be seen in the results of a Washington Post / ABC poll. Despite weeks of shrill coverage and apocalyptic predictions, once the shutdown was over a full 78% of Americans reported that they weren’t inconvenienced by the shutdown at all and another 11% felt only minor inconveniences. When 89% of the population barely notices that you’re not showing up for work it’s time to be concerned about your job. The establishment was… and it should be.

The second thing that would have occurred had the shutdown continued is the thing that is happening right now. Americans would have become well aware of the train wreck that is Obamacare because it’s so catastrophic a failure that it would have been impossible to miss. The failures of the website are legion, as are the basic elements of Obamacare itself. As more and more people were feeling the punch – i.e. losing their current health insurance, seeing premiums skyrocket and watching their choices disappear – the reality of the actual damage caused by Obamacare would have become more than the sycophant media cold hide. It’s one thing to read about our Spoiled Child in Chief keeping veterans from visiting monuments to their fallen brethren, but it’s another thing altogether to get a notice from your insurance company telling you you’ve lost your coverage or that your premiums have doubled and your deductible has tripled. Those are the kinds of things people notice regardless of what is going on in Washington.

Ted Cruz may have lost in the Senate and on the shutdown, but those are merely the first battles in the war that will be waged for the heart and soul of America over the next four years. What kind of America will emerge from that war of ideas we will have to wait to see, but Ted Cruz has already signaled a clarity of vision, a willingness to lead, and a capacity to inspire that suggests conservatives may finally have a champion who is prepared to take a stand and give the country a real choice for the first time in a generation. That is a victory not only for conservatives, but for Americans in general because as Ronald Reagan demonstrated, one man with a clear vision and message of freedom can move save a nation on the brink of failure and put it back on the path to prosperity.
Posted by Imperfect America at 5:29 PM