Why does Barack Obama have an 83% job approval rating among black Americans when he's doing so much damage to them?

According to the latest Quinnipiac poll, Barack Obama is rated as the worst president since WWII. That’s no surprise to anyone actually paying attention to the last five years of failure. What’s interesting however is how 40% of the American population can still approve of the way he’s doing his job. Demographics may play a part in that. Americans are no different than people everywhere else. When we don’t have a great deal of information about something or someone we grasp for those things that are familiar to us, that are like us. It’s like when you go to a party where you don’t know anyone. If you see someone you know, even if you don’t like them much you’re likely go over and talk to them, at least until you see someone you actually like or would rather talk to. That’s because at least you will have something to talk about rather than just standing around feeling awkward.

And in the United States there are a lot of voters who don’t have a great deal of information. Indeed, only 65% of native born Americans can get a pitiful 6 out of 10 answers right on the citizenship test – vs. 93% of immigrants preparing to take the test. And those are basic facts that everyone learned in school rather than positions on sometimes difficult issues.

The bottom line is that many, perhaps a majority of American voters know practically nothing about what candidates actually stand for and what policies they support. As a result, many voters simply support candidates who are like themselves or have perceived shared experiences… In 2008 one might understand why Barack Obama carried 95% of the black vote, despite the fact that most voters - regardless of race - didn’t really know his positions. It was a historical event with a black man running for president on a major ticket in a country that started out with slavery legal in half of its states. It’s understandable. One has to wonder however, how four years later, he could still garner 93% of the black vote, and today with a plethora of further failures his approval rating still stands at 83% among black Americans.

One wonders how that figure can stand when Barack Obama has done so much to harm black families. 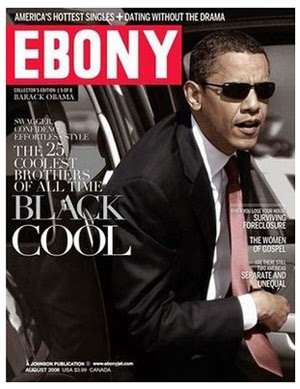 He supports an increase in the minimum wage, which results in far fewer jobs for the unskilled, particularly youth. This hits black youth particularly hard, and the problem is worse today than when Obama took office. In 2009 the general unemployment rate in the US was 8% while for black youth it was 3.9 times higher at 31%. Fast forward after five years of Barack Obama and while the overall unemployment rate had dropped to 6.6% by February of 2014, for black youth it had actually grown to 38%, 5.9 times the rate of the general public.

With Obamacare Barack Obama has forced businesses, particularly small businesses, to limit the number of hours employees work so that they do not hit the full time threshold which would force those businesses to provide benefits that they often cannot afford. The result is fewer full time jobs for everyone, and those who need full time employment to support their families are forced to seek multiple part time jobs in order to make ends meet. The most recent jobs report demonstrates this with perfect clarity. The Obama administration crows at the fact that 288,000 net jobs were created in May, but what they don’t tell you is that 275,000 of them were part time jobs. And who is it that get that gets hurt by those far fewer full time jobs? Those with the highest unemployment rate, which happens to be blacks, with an unemployment rate of 10.7%, more than twice the 5.3% of white Americans.

The final item of curiosity is immigration, particularly illegal immigration. Barack Obama has opened the floodgates on our southern border, in essence inviting hundreds of thousands if not millions of people to wade across the Rio Grande – or send their children or babies across with coyotes – in hopes of getting a foothold in the United States so that they can gain amnesty and eventually bring their entire families to the United States. That’s a bad thing for all Americans, but a very bad thing for black Americans. Why? Because those immigrants will be competing for and taking the jobs that many black Americans might otherwise be getting. Since 2000 there have been 5.7 million net jobs created in the United States. And how many of those jobs went to immigrants – both legal and illegal? Surprise: 5.7 million! That means that literally every single net job that has been created in the last 14 years has gone to immigrants, the majority of them illegal. And who are these new and largely uneducated immigrants going to compete with for jobs? Is it the 1% who have flourished and grown richer under Barack Obama. Probably not. It’s going to be entry level and lower income workers, a group disproportionately populated by black Americans.


So the real question is, not why 33% of whites still approve of Barack Obama’s job performance or 47% of Hispanics… in a country where apparently 45% of the population still believe in ghosts you have to expect that some people are immune to reason. No, rather it’s why 83% of black Americans still support a politician who is not only demonstrably incompetent, but one who seems to be doing so much to damage to black families. Jobs are at the core of success in America… not government programs, not government handouts, not government anything. It’s a job that gives most Americans their self respect, sense of accomplishment, and most importantly the connection to a society where they can work hard and succeed, in this job or that better job or by creating a job for themselves and start hiring others. And to the degree that Barack Obama has had any impact on jobs in the United States it has been a negative one, particularly for black Americans. Maybe it’s time to recognize that Barack Obama is bad for all Americans, regardless of his race or that of anyone else, and that maybe politicians should be evaluated on their policies rather than their pigmentation.
Posted by Imperfect America at 12:39 PM