From the Charlie Hebdo attack to your local street corner: Multiculturalism as a fount of bloodshed

There has been much commentary about the events in France over the last week. One of the major causes for the motivation behind the home grown terrorists who struck the offices of Charlie Hebdo is the fact that in many places in France, France is something of a foreign country. There are hundreds of “no-go” zones in the country where French police won’t go and French law has been supplanted by Sharia law. It is from these areas of largely disaffected, often unemployed youth on the government dole where much of this homegrown hatred emanates. These young people feel disconnected from the larger society, have little or no vested interest in the success of the larger society and often times are vocally disdainful of it.

In a very similar way, the United States is covered with neighborhoods where youth unemployment is sky high, where families spend generations on the government dole, and where there is little allegiance to the nation as a whole or the larger society. In France many of the young Muslims call themselves Muslims or Algerians and they rarely call themselves French. In the United States the hyphenated American such as African-American or Hispanic-American has replaced the designation of American for many.

While in the United States there may not be a religious component of that separation, there certainly is one similarly powerful: the cry of racism. The rallying cry of racism as the cause of the problems in various black and Hispanic neighborhoods around the country function in exactly the same way that radical Islam ideology does in France and other European nations. It drives separation. It drives anger. It drives a devaluation of the lives of others.

The separation is no accident. From Oakland’s effort some years ago to allow Ebonics in schools to Cinco de Mayo celebrations where the American flag is prohibited to college admission standards that vary by race to schools that teach American history is nothing but a chronicle of hate, prejudice and thievery against minorities and the poor; it’s little surprise that many young minorities feel like disconnected from the American Dream and larger society as a whole.

The anger is palpable. From race riots of the 1960’s to the Rodney King riots in 1992 to the recent riots in Ferguson, MO that inspired demonstrations across the country, many minority communities seem to be built on a tinderbox just waiting for spark. Extraordinary unemployment rates act as the tinder filling those boxes. In each case the spark was provided by the killing or striking of a black person by white cops. The resulting anger and destruction not only destroyed the neighborhoods of the rioters, but exacerbated the feeling of separation from the larger community as a whole. In the most recent case that anger resulted in demonstrations around the country and in New York with protesters chanting “What do we want? Dead cops! When do we want them? Now!” Soon thereafter they got their wish. 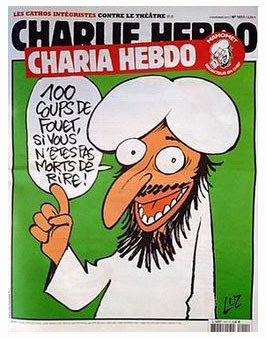 The devaluation of lives is heartbreaking. While Islamic terrorists killed 17 people in Paris last week, across the United States, in minority communities from Boston to San Diego young men are killing one another by the dozens every single week of the year. And those are only the thousands who die. Citizens of all sorts are assaulted, threatened and forced to try to live a normal lives in those struggling neighborhoods where drugs and crime and staggering unemployment are the norm rather than the exception.

Whether radical Islamic terrorists who seek to stifle free speech and murder infidels or a thug on an American street corner who is willing to shoot someone in cold blood because they wear a different color or have something coveted, both are products of a failed policy of multiculturalism. In France the left shut their eyes as Muslim communities separated from France and became isolated islands of radicalism. In the United States the left, through their destruction of America’s schools, their overregulation of job creating businesses, their demonizing of the police and through their distilling American history down to a chronicle of discrimination against blacks, Hispanics and Indians, have created a large swath of the population that has little comprehension of what the American Dream is, few tools with which to pursue it if they did, and most dishearteningly, little vested interest in the success of the country as a whole. In either case, liberalism and multiculturalism are the founts from which much bloodshed has been spilled. For anyone paying attention this should be no surprise.
Posted by Imperfect America at 4:23 AM