The Speech Barack Obama Should Have Given Last Sunday... But Didn't

My fellow Americans, I’m speaking to you on the eve of the anniversary of Pearl Harbor, the event that launched the United States into a war against fascists who sought to eliminate freedom and our way of life. That war was long and hard and uncertain… but we prevailed and today the United States is the greatest nation on earth.

Seventy four years later our nation is facing another fascist enemy, radical Islam. The events of San Bernardino last Wednesday, the events in Paris last month make it very clear that we are indeed at war. We may not be at war with Islam, but we are very much at war with radical Islam. In fact, the reality of this situation is that the vast majority of victims of radical Islam are actually fellow Muslims. From Pakistan to Saudi Arabia to Libya and beyond, by far the largest number of deaths has been among other Muslims. Unfortunately we cannot solve the schism that exists within Islam, that battle is not ours. If Muslim nations seek peace and prosperity for their citizens they will have to face the threats within.

What we can and will do however is utilize all of our resources to eviscerate radical Islam everywhere it may pose a threat to the United States, our allies or our interests. We will use every resource at our disposal to root out terror cells and capture or kill those who wish to do us ill. 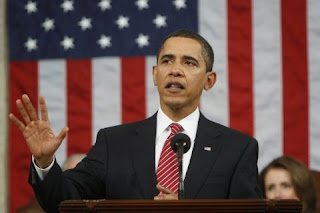 On the domestic front we will not allow these radicals to use our freedoms against us. We will not allow a fifth column to grow and metastasize inside our body politic. I am, as of today suspending the acceptance of Syrian refugees until we have a more effective screening process. We will send resources to Turkey and Jordan and other nations to help support them, but we will not be accepting any more refugees for the immediate future. In addition, beginning tonight, persons seeking to travel to the United States who have traveled to any one of 30 different Muslim nations within the last 4 years will be subjected to extra scrutiny prior to being allowed to enter the country. This will no doubt be an inconvenience to many travelers, but it is a step we must take.

At home we are going to root out the radicals in our midst. We are not only going to be looking for terrorists, but we are going to begin a concerted effort to find the people who enable them with financing and other forms of support. In that vein I have directed the Justice Department to harness all applicable RICO statutes to find and take down whatever radical Islamist cells may be operating in the United States. That RICO order also applies to organizations that fund, harbor or otherwise support such cells. Those organizations may have foreign elements to them and if that is the case the CIA will be called in to coordinate in taking action. They may also be using mosques and charity organizations in an attempt to obscure their activities. Those attempts will not be successful. Americans and others in our country enjoy freedom of speech and freedom of religion, but they do not enjoy the freedom to plan and support those who wish to harm this country and kill the innocent. Indeed, I think it was Justice Jackson who said "The Constitution is not a suicide pact". I have directed Homeland Security make this initiative their number one priority.

On the international front, we will immediately begin bombing ISIS locations across Syria and Iraq and wherever else we find them, particularly those related to oil production. I am today having my Joint Chiefs of Staff alter the Rules of Engagement under which our military can and will operate. Currently the driving force of our ROE has been to ensure no or minimum civilian casualties. That is a luxury we no longer have. No longer will we allow terrorists to set up shop in hospitals and mosques and schools and target our aircraft with impunity. Our troops will begin targeting fighters wherever they are, which may regrettably result in greater civilian casualties.

In addition, we will begin fully supporting and arming Kurdish forces in Iraq as they seek to take back territory from ISIS.

I have also directed the Joint Chiefs to present me with a plan for putting up to 10,000 US troops in Iraq with the objective of training and supporting genuine anti ISIS forces fighting in both Iraq and Syria. Within that number will be special forces who have a list of the top 25 ISIS leaders and enablers. Their objective is to find and eliminate every person on that list. And let me be clear… not all of those enablers are fighters, nor are they all men... and some of them may be hiding far from the battlefield. None of those things will protect them.  When that list is done we will compile a new top 25 list of the next most valuable targets. In addition, we will be imposing no fly zones and no travel zones in various areas of both Syria and Iraq in order to stop fighters from targeting areas that have been freed from the grip of ISIS and stop shipments of oil that the group is using to fund its operations.

There are of course additional measures being considered that I will not go into.

Let me wrap up by saying this: From September 11 to the bombings of London, Madrid, Paris and countless attacks in between, it is now clear that we are very much at war with a strain of fascist, radical Islam and they seek nothing less than the destruction of our way of life, our freedoms, our liberty and our prosperity. Just as the United States did not let fascists prevail 70 years ago, we will not let these new fascists win today. We will not let them manipulate our freedoms to attack us at home and we will not let them hide behind religion and civilians elsewhere. As of today we are no longer fighting a defensive battle. We are at war with the cancer of fascist radical Islam, and we will be taking the battle to them, whether they are hiding here at home or killing innocent Christians, Jews or Muslims on the sands of Syria or Iraq. We may have made some missteps in the past, and we will undoubtedly make some in the future, but let me be clear… this is a war we will not lose. The United States and the world of freedom we helped shape will not acquiesce to those who hate what we and our forefathers have fought so hard for and worked so hard to build.

Thank you and good night, and God bless America.
Posted by Imperfect America at 2:03 AM