America Used To Be A Serious Country... America Today Is Not

In his brilliant book, The Rational Optimist: How Prosperity Evolves, Matt Ridley makes the case that coal saved Britain in the 19th century just as the Industrial Revolution was picking up steam. A similar argument could be made for oil in the United States in the late 19th and early 20th centuries. At mid century, a time when oil from whales was a significant source of energy, the discovery of seemingly limitless amounts of oil in places like Pennsylvania and Texas provided an energy boom like the world had never seen. In the quarter century between 1864 and 1892 the price of oil dropped by more than 90% while production increased 25 times, providing a boost that turned the American economy into a juggernaut.

Of course from soot in the air to spills in the water to holes in the ground, neither resource is what today one might call “clean” energy. But you know what they were? Inexpensive, efficient and relatively easy to transport. Indeed, by the 1880’s the average family was illuminating their home for a penny an hour while the fuels to do so, oil and kerosene could be delivered right to their doors. From lighting individual homes to powering giant factories – which would have been largely impossible without it – petroleum and its various products gave Americans the energy necessary to grow from an economic also ran to the most robust economy on the planet in less than half a century.

America of the late 19th century and early 20th century was a land of giants where anything was possible. During the 60 years between 1865 and 1935 Bell invented the telephone, Ford brought the assembly line to auto manufacturing, and the Wright Brothers took to flight while at the same time the First transcontinental railroad was finished and the Brooklyn Bridge and the Empire State Building were built. The United States was growing, both geographically and economically and energy fueled that growth, and increasingly that was oil. 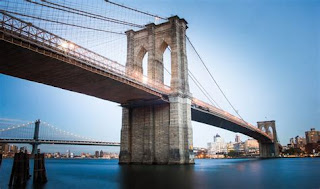 Energy drives modern civilization, whether its gasoline for cars, electricity for countless mobile devices or natural gas and coal fueling generators. Americans used to recognize the fact that without fuel, little functions in America. The lesson was painfully driven home in 1973 with OPEC’s oil embargo.

Today, 50 years later, while less dependent on OPEC for our energy needs, overall we’re far more dependent on energy itself as our much of our lives are driven by transportation, information and consumption. But the funny thing is, the more energy becomes central to our lives, the less serious Americans become about it. Nuclear power, by far the most efficient, cleanest and most abundant of potential sources has basically been sidelined, with not a single new plant being built in a quarter century and 13 plants closed. Coal plants are being regulated out of existence while blue states and the Biden administration are seeking to smother fracking in its bassinette. Not to mention one of Joe Biden’s first acts after taking office… shutting down the Keystone pipeline. At the same time, from the federal government to local governments, billions of dollars are being wasted on the fiction of “green energy”, both in terms of tax incentives, regulatory vices and “investment” boondoggles. These are just the latest examples of the left literally wasting energy and money – and doing much harm in the process – all in the name of the “environment”.

Why does any of this folly matter? Because geopolitics is a messy matter, and everything from money to trade to weapons to war play a central role in it, and energy is central to each of them. More specifically, the United States is in the midst of a pitched battle for prosperity and influence around the world with other players who have decided to not fight that battle with both hands tied behind their backs. On the contrary, not only do China and Russia do essentially whatever they want as it relates to – pretty much everything – but at the same time, both (China, Russia) fund the environmental left in the west, resulting in the ludicrous Paris Climate Agreement. That is the agreement, of course, in which the west – and particularly the United States – willingly put a straightjacket on their economies while the Chinese economy is allowed to operate essentially unfettered for decades while the Russians pay lip service to the agreement.

Both the Chinese and Russians understand that energy is the key to power and are willing to operate on that basis, unburdened by the need to appease the world’s environment scolds. China not only continues to develop and build nuclear capacity – as they literally seek to create an artificial sun – but they have been working to expand their control over the South China Sea for a decade as they look to lock up lucrative deep sea oil deposits – putting them in conflict with many of their neighbors. Russia continues unfettered development of oil and gas and recently restarted work on the Nord Stream 2 pipeline – with the help of Joe Biden – to provide Europe with natural gas. Bewilderingly, the Europeans are purposefully tying their economic fortunes to the very country who threw them into a deep freeze by cutting off their gas supplies in the middle of a winter blast in 2009.

Meanwhile, here in America energy is merely a political football to be played with, regardless of the consequences. California, with the world’s fifth largest economy, last summer experienced third world style rolling blackouts because the state’s “green energy” mandates had crippled the ability of producers to actually… produce energy. In New York, despite high prices and energy disputes wreaking havoc on development, the Governor signed into law a permanent ban fracking while the state regulatory agency killed a proposal to ease constraints by approving the building of another pipeline to bring gas into the state. Not to mention of course the federal subsidies and state mandates for “green cars” “green homes” and a push for battery and windmill development that leave environmental disasters in their wake.

America used to understand that energy powered prosperity, and with prosperity it was possible to a great deal of good for a great number of people. Just ask the Europeans or Asia… In Democrat run America we seem to have lost that understanding. Like history’s loss of the knowledge of how the Egyptians built the great pyramids, Americans seem to have lost the understanding that inexpensive, reliable and widely accessible energy are the keys to prosperity and everything it brings. To face a loss of such empowerment because of the natural vagaries of geology or geography or the result of war is depressing, if somewhat understandable. To face the loss because politicians decided that virtue signaling trumps cost, effectiveness, efficiency and reliability is despairing, infuriating and simply criminal. It’s often said that citizens get the government they vote for, which is often true. What’s also true is that citizens deserve the government they vote for and in the case of voting for Democrats, from New York to Colorado to California Americans are getting exactly what they deserve. Sadly that folly has been fraudulently foisted on the nation. Let’s hope the United States and the allies who depend on us can survive 18 more months of their monolithic, dysfunctional, and patently unserious control.

Posted by Imperfect America at 8:27 AM