The Mouse that Roared: Covid 19 and the Collapse of Freedom

Suggestions that Americans get the vaccine are endless.  That’s understandable.  The vaccines appear to work in helping to reduce the likelihood of contracting Covid.  People see that there is a possibility to stop the spread of a deadly virus and they want to encourage others to participate.

What’s not understandable are the relentless demands and the push for vaccine mandates.  Do it for your fellow Americans!  Real patriotism is getting the vaccine!  Don’t you care about your family?  These are all intended to shame the unvaccinated into getting the shot.  And if those don’t work, there are the mandates.

We’ve been told that mandates are necessary because the unvaccinated are putting others at risk.  That of course makes no sense because anyone who is concerned with contracting Covid and wants to get the vaccine can, and for free.  Those in the high risk category can also take other measures to try and ameliorate the threat such as staying home or wearing masks. 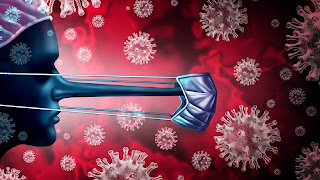 More recently we’re told that mandates are necessary to protect hospitals from being overwhelmed by Covid patients, most of whom apparently are unvaccinated.  That may indeed be true, but overall numbers are down substantially across the country.  To put this in perspective, on January 8th of this year new daily cases were 304,000 and deaths 3,995.  On August 10th the number of new cases was 144,635 yet deaths were 715.  The former is a decline of approximately 53% while the latter is a decline of 83%. So there may indeed be a surge, but it’s a far from what the nation and hospitals were facing just six months ago. It appears to be the case that the Delta variant may be more contagious than the original, but it’s also far less deadly as well.

One last element mandate advocates use is coercion.  “Any unvaccinated person who gets Covid will be turned away from hospitals to free up space for the vaccinated who might get it.”  Given that we’re told hospitals are overwhelmed, one can see how that might sound logical… Only those who have taken the vaccine should be treated with the limited valuable resources available.

As we’re constantly told, such valuable resources are frequently limited, so that logic should be extended. Hospitals should also begin turning away gay men who contracted AIDS from unprotected sex, IV users who contracted AIDS from sharing needles, drunk drivers who got into accidents, lung cancer patients who smoked, liver disease patients who drank alcohol, heart disease patients who ate too many burgers and wings and surfers bitten by sharks, among others.

But the mandate advocates would never go for any of those things.  It’s a “privacy” thing, of course.  Even though AIDS, heart disease and lung cancer are far more deadly than Covid, mandates to ameliorate them are verboten.

And how deadly is Covid? According to the CDC, an estimated 120 million Americans have contracted Covid in the last year and a half with 6.2 million hospitalizations and 767,000 deaths.  That means that out of 120 million people infected with Covid, 99.36% of them survived.  And lest someone think Covid is striking down healthy Americans in their prime, 31.8% of Covid deaths occurred in Americans over 85 years of age, 60% over the age of 75 and fully 81% above 65 years.  Not only is it age, but health that correlate with Covid deaths… The CDC states that 94% of Covid deaths occurred in patients who had underlying medical conditions such as diabetes, respiratory failure, heart failure and obesity.

So what we have is a virus that kills 0.63% of the people who contract it, 94% of whom had underlying conditions and the average age was 75 while the average American life expectancy is 79. And that assumes that 100% of the 767,000 people died OF Covid rather than just WITH Covid, which is very unlikely.

And this is where we find ourselves today… in a nation of almost 350 million people, where 2.8 million people die every year, where 7,600 people die every day of all causes, Americans are being forced to take an experimental vaccine for a virus for which they have a 99.36% chance of surviving if they catch it at all, and virtually 100% chance if they don’t have some potentially fatal underlying condition or are below 65.

But we’re told the new danger is the Delta variant, which is more contagious.  Of course what we’re not told is that the Delta variant also seems to be less deadly although the vaccines are apparently less effective against it.  So now, because a virus that is less deadly than one that kills 0.63% of the people who contract it, Americans are now being forced to sacrifice their liberties and compelled to take an experimental vaccine or lose their jobs, lose their ability to go to school or their ability to essentially operate in normal society.

The mask mandates are nothing more than a power play by Democrats to control the nation and solidify their position for decades to come.  We saw what they were able to do in 2020 after a year of keeping Americans focused on a virus that fewer than 1 out of 450 might succumb to.  That hyperbole allowed them to crush small businesses, hook millions on the cancerous drug of government handouts and eviscerate the social fabric of communities via closed churches, shuttered schools and bankrupt businesses.  Of course the culmination of the control was the fraudulent election and the installation of Joe Biden as emperor.

Now that the reality of the abject failure of the Biden administration is becoming clear and the negative consequences that disaster would logically have on Democrat candidates in 2022, the Delta variant – soon to be followed by the Lambda variant – will be the tool with which Democrats maintain their power.  The “danger” will be hyped to keep kids in masks, demand vaccinations, cripple businesses and potentially implement martial law like restrictions on those who refuse to comply.  Once the population is cowed into acquiescence, next will come a series of Rube Goldberg voting rules ostensibly intended to make voting safer, but in reality acting as Democrat vote replicators.

Covid 19 may yet prove to be the single deadliest virus in history.  Not because it kills more people directly, but because it destroyed the greatest Republic in human history and with it went the freedom and opportunity that fueled everything from splitting the atom to men on the moon to a worldwide level of prosperity never before seen.  The absence of that Republic portends ill for much of the world that relied on it for security, trade and pursuit of freedom. In the 20th Century Communism and Fascism killed at least 125 million people, and that was with the United States acting as a contravening force.  One can’t help but wonder what the 21st century bodycount will be once the United States is no longer able to play that role.

Posted by Imperfect America at 3:18 AM