In March of 1962 JFK observed that “Those who make peaceful revolution impossible will make violent revolution inevitable.”  Sixty years later his words resonate.

We are seeing the foundations laid for a revolution.  Whether that revolution is peaceful or violent remains to be seen.  With virtually every society over time power becomes accumulated into the hands of the few elites.  Those elites in turn run the nation as their personal fiefdoms where they utilize the machinery of the state to enrich themselves, accumulate power and use trifles to appease the exponentially larger population of serfs they rule over.

This reality applies to monarchies, to Communist tyrannies, to “democracies”, theocracies and even, as we’re coming to discover, republics.  It doesn’t have anything to do with economics either as it occurs in capitalist states, socialist states, Communist states and mercantile states.  The only difference is how long it takes for the structure to collapse. It took the Roman Republic 500 years to collapse, the French monarchy 1,000 years, the Soviet Union 70 years and the EU is shaky after just 30 years.  The American Republic finds itself on a precipice of collapse after less than 250 years.

Here, we’re seeing it unfold right in front of us.

There is perhaps no better example of the disconnect between the ruling elites that last month’s utterance from the clown who runs the GOP in the Senate, Mitch McConnell.  He said of America sending another $45 billion to the Ukraine…. “Providing assistance for Ukrainians to defeat the Russians is the number one priority for the United States right now according to most Republicans.” That may be the biggest lie in American politics since Bill Clinton told the American people “I did not have sexual relations with that woman.”  Ukraine is not and has not been even close to the top of the list of important things to either the American people or Republicans.  According to data published by Statista the day before the election in November, of the 15 top priorities for Americans, foreign policy came in at #15 with only 37% of finding it “very important” while #1 was inflation with 69%, followed by healthcare and jobs at 62% and 61% respectively.  National security came in #4 with 60%, but most Republicans feel like the invasion on our southern border is far more threatening to the Republic than anything going on between Russia and Ukraine.  Democrats, not so much.

But that’s just one example of the elites pushing the country towards revolution.  Another is the House January 6 Committee that was set up to “investigate” the “insurrection” following the election of November 2020.  From start to finish the Committee was an exercise in gaslighting half the American population, with the ultimate goal being to keep Donald Trump off the ballot in 2024. Lapdog Liz Chaney stated as much:  “There’s no question: A man as dangerous as Donald Trump can absolutely never be anywhere near the Oval Office ever again,”

The Committee laughably accused Donald Trump of inciting an insurrection, ignored proof that Nancy Pelosi is responsible for the chaos that took place, barely spoke to Ray Epps, one of the few, if not the only person caught on tape actually encouraging protesters to break into the Capitol, and they are hiding and refusing to release of over 14,000 hours of video from the Capitol during said “insurrection”. 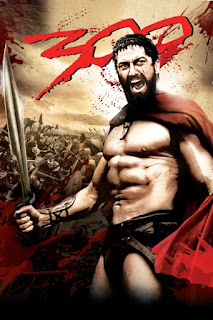 Another example of the elites putting their thumbs in the eyes of average Americans is the $1.7 trillion budget that Congress passed in December. No Congress in modern history has seen an outgoing House majority pass an omnibus appropriations bill in a lame-duck session. Had Congress articulated their priorities and passed the bill before the election that would have been one thing, but they didn’t, because doing so would have allowed the American people to vote on said priorities.  Nonetheless, even without Democrats showing their anti-American hand voters decided to deliver a GOP majority to the House. Traditionally a short term spending bill would have covered the holidays and given the new GOP majority the ability to influence the remainder of the FY 2023 spending.  But the Democrats would have none of it and shived the American people just before Christmas.

Of course the GOP could have stopped it with a filibuster, but instead of giving the American people a voice 18 treacherous Republicans voted “Yes”., forcing Americans to borrow hundreds of billions of dollars to:

Send $45 billion to Ukraine, on top of the $66 billion already provided.

Spend $11 million is for LGBT-themed projects.

Prohibit any of the $339 for ICE for being used to “acquire, maintain, or extend border security technology and capabilities”.

These are things that most Americans don’t care about or specifically oppose, but the uniparty elites in Washington don’t care.  Why should they? They keep getting sent back… 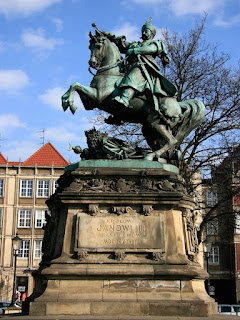 And it’s not just Congress, it’s the bureaucracy and the states that are undermining the Republic.  Across the country as businesses are finding it increasingly difficult to find employees Washington and state capitals are working hand in hand to undermine a fundamental principal of American freedom, the work ethic, by providing benefits that are impossible for businesses to compete with, particularly small businesses.  In 14 states unemployment, Obamacare and welfare payments combine to generate an annual income equivalent of $80,000, and in three states,  Washington, Massachusetts and New Jersey, over $100,000.  What Bostonian in their rational mind would take a minimum wage job ($15.00) generating $31,200 a year when they can sit back and the government will simply give them $100,000 instead?  The Swamp is training Americans to be dependent on and servile to the government. Is it a surprise that the number of Americans interested in being the taxpaying suckers in this equation is dropping?

And just in case anyone missed the point, Democrats are demonstrating in real time that they can and will steal elections with impunity.  In Arizona Kari Lake’s suit laid bare exactly how the Democrats do it, without even hiding it.  Machines that are programmed to fail when and where the GOP votes are expected to dominate, insecure ballots where chain of custody is mandated and potential judicial manipulation results in a Democrat victory for a candidate who spent more time in her basement than Joe Biden did in 2020.  Maricopa County brazenly showed Americans exactly how the election was stolen in 2020 and how they were bold enough to do the same 2022, knowing they would likely succeed. And they expect us to simply accept it…

All of this, plus the most recent Kennedy assassination files and the Twitter files make it clear that the desires, opinions and votes of the American people are of no consequence to the Swamp.

The uniparty cabal of politicians, bureaucrats, academics and media don’t care about elections, about freedom or about the prosperity of the American people.  They care only about their power and their bank accounts and will do whatever it takes to maintain their control.  Donald Trump upset that apple cart and as such had to be eliminated.  Thankfully they didn’t do to him what was done to JFK, but they removed him from office nonetheless.  He’s said he’s not done. We’ll see. Will Donald Trump 2.0 turn out to be King Leonidas at Thermopylae or King Sobieski at Vienna?  Will the Swamp heed JFK’s admonition?  Only time will tell, and 2024 is fast approaching.

Posted by Imperfect America at 9:03 AM