Californication - A horror movie coming to your neighborhood soon...

They say a picture is worth a thousand words. Sometimes a word can be worth a 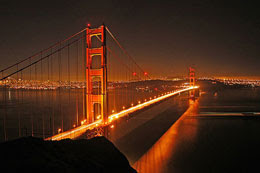 thousand pictures. In this case the word is California. Regardless of who you are or what state you grew up in or where you live today, the name California likely brings about a thousand pictures in your head. The Beach Boys. Gold Rush. Alcatraz. Cary Grant. Earthquakes. Apple Computer. Traffic. Charlie Chaplin. Haight Ashbury. Dragnet. Silicon Valley. Napa Valley. The list no doubt could go on for pages.

For decades California seemed synonymous with the idea of success and the American Dream. From the Hollywood blockbuster that chronicles the unlikely hero who triumphs over the odds to the seemingly endless ingenuity coming out of Silicon Valley to palm trees lining the boulevards to the vineyards covering the rolling hills of the Napa Valley, California seemed to embody the glamour that is success. It seemed to have everything that a state (or a country for that matter) could ever want. Beautiful people, bountiful natural resources, enough food to feed itself with a lot left over to share and a quality of life that seemed to draw people from around the globe.

As we get ready to flip the page to the new year and our national government is about to take an enormous step in a leftward direction, it may be instructive to remove the rose colored glasses of nostalgia and see what the left coast is, what California has become. 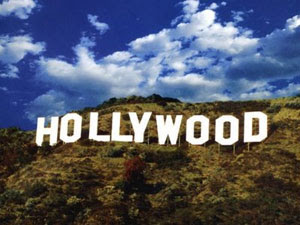 Like a glamorous movie house with searchlights crisscrossing the sky as it beckons you into the theater only to disappoint you with a poorly written script, cardboard actors and Ed Wood direction, California is a B movie that is only getting worse with time. The state has for years believed its own movies, that everything always turns out all right in the end, that it’s OK to live every day like there’s no tomorrow, that for some Golden few the pedestrian laws of supply and demand, competition or fiscal responsibility didn’t apply or needn’t be heeded.

California at the end of 2009 is a patient in the hospital after an attempted suicide. While much of the universe recognizes that there are certain rules about how things work, Californians have spent the last three decades acting as if the natural rules of life do not apply to them. The list of self inflicted wounds seem almost endless. Sky high taxes. Environmental regulations. Business regulations. Rent control. Fiscal indiscipline. Welfare Nirvana.

What was once the goose that laid the Golden eggs, California has become an effete shadow of itself that not only cannot attract new citizens, but actually is actively chasing away the most productive amongst them. From poor schools to a suffocating business environment to criminally high taxes, California has done everything right as if it were studying some mythical book called “How to pull defeat out of the jaws of victory in the national and increasingly global competition for residents and resources”.

California seems to think that because it has wonderful weather, beautiful beaches 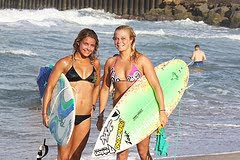 and tremendous natural resources (which you are rarely allowed to touch) that it can put upon its citizens an ever increasing burden of taxes, regulation and inefficient government and that somehow everything will work out in the end. Unfortunately this is not a Hollywood blockbuster but a product of the French cinema where the story is often dark and brutal and happy endings are rare. Below are just a few of the measures which demonstrate the wounds California has inflicted on itself.

Jobs – This may seem obvious, but jobs can not be created out of thin air. Job creation comes mainly when entrepreneurs or small businesses are willing to risk incurring the potential consequences of failure in exchange for the possible rewards of success. Unfortunately for California, at an increasing rate businesses are choosing not to take such risks in the Golden State because the costs and red tape associated with starting, expanding or even maintaining a business have tilted the scales increasingly towards a negative outcome.

Chief Executive Magazine, a national publication that focuses on issues important to senior executives of large corporations listed California as number 50 in its annual listing Best and Worst States for Business. For the fourth year in a row California has won the designation as the least friendly state for business. What’s more, the magazine’s readers are from the largest companies in the country, those who are best able to absorb a state’s crushing regulatory costs. For small businesses, who make up 99% of employers in the state, those regulations are even more crushing because they have fewer resources with which to absorb the costs.

In an October 2009 study commissioned by the Governor’s Office of Planning and Research to look at the impact of regulation on small businesses, the state did not come across with an Oscar winning performance. Some of the findings:

These numbers are staggering, but they might be acceptable if everything else was working perfectly. As you might have guessed…not so much.

Welfare – California has amongst the most generous welfare benefits and lax eligibility criteria of any state in the union. As a result, California, with 12% of the population, has fully 30% of the country’s welfare recipients. As of October 2009 there were a total of 1.7 million families receiving welfare in the United States, or approximately 1.7% of all households. Of that total, 525,000 of those families live in California, which translates into a rate of 4.3% of all households, or two and a half times the rate of the rest of the country. Paying for those recipients’ benefits falls directly on the shoulders of the state’s increasingly beleaguered taxpayers.

Taxes – California has the most progressive, stifling tax code in the country. In it’s 2009 report “Rich States, Poor States” the American Legislative Exchange Council evaluates and compares fiscal and economic policies amongst the states. The report ranks California number 43 out of 50 in terms of its economic outlook. Here are some highlights:

Out of 50 states California:

Education – That same report notes that California teachers are the highest paid in the entire country with an average salary of $59,825 vs. the national average of $49,026. In return for these record high teacher salaries one might expect that the state’s students would at least perform at the national average. Not quite… According to National Assessment of Education Progress (NAEP) testing, which measures reading, writing and science skills at the 4th and 8th grade levels, California ranks 49th out of 50 states in student performance, following only Mississippi.

Unemployment – Businesses create jobs and hire people when they believe the benefits of doing so outweigh the associated costs. California employers often decide that equation is not coming out in their favor. In October 2009 the US Unemployment Rate was 10.2%. At 12.5% California’s rate was worst than every state except Nevada, a state that has seen its gambling backbone devastated, Michigan, where unions ran employers out of the state, and Rhode Island… the state where I was born, although I don’t mean to suggest there is a cause and effect relationship there. 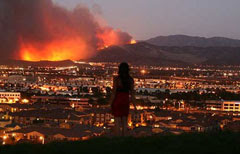 Fiscal responsibility - As if all of that were not enough, California is on the verge of bankruptcy and can’t even pay its bills. This year it issued IOUs to contractors who provide the state with services, its debt has been downgraded to almost junk levels and earlier this year it foisted $12.5 billion in new taxes on the shoulders of its already beleaguered citizenry. Now it’s facing a $21 billion deficit for the coming year.

And I didn’t even mention the problems of unions, crime or employers and taxpayers fleeing the state…

As President Obama and his fellow statists contemplate burdening American citizens with ObamaCare, Cap & Trade, expanded powers for unions and crushingly high taxes amongst other things, it might be helpful to look at exactly how well those progressive policies have played themselves out in what used to be the symbol of the American Dream. If those policies can strangle a state with California’s advantages, what chance do residents of remaining mere mortal states have?
Posted by Imperfect America at 12:41 AM