Sometimes it’s helpful to take a step back and get some perspective in order to be able to evaluate something that is right in front of you today. Sometimes that perspective goes back 40 years sometimes it goes back 40,000 years.

When Neal Armstrong stepped on the surface of the Moon in July of 1969 it was the culmination of one of the swiftest periods of advancement in the history of mankind. Since the dawn of human history, man had been watching with great fascination and jealously as birds soared above them. From giant eagles capable of carrying off an oblivious lamb to hummingbirds that floated on air, birds seemed to somehow have the favor of the Gods. 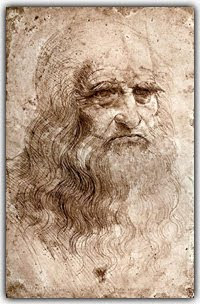 Although man often fantasized about flight, few it was a real possibility. One of the first to seriously suggest man could break away from terra firma was Leonardo da Vinci. We’ve all seen his 15th century helicopter sketches with their rotors that look more like a corkscrew than a modern rotor. Nonetheless, da Vinci was one of the first to actually believed mankind could break the bounds of earthliness and posit how it might be done.

Jump ahead to the court of King Louis XVI and Queen Marie-Antoinette at Versailles, France in 1783 where brothers, Joseph-Michel & Jacques-Étienne Montgolfier were putting their names in the history books by inventing the hot air balloon. Although they were certain their invention was capable of supporting humans, they decided to hedge their bets by choosing as the first passengers a sheep, a rooster, and a duck. A month later the first men would take flight in a Montgolfière balloon, although the brothers themselves demurred.

One hundred and twenty years later the Wright brothers took the next leap when they flew their biplane at Kitty Hawk, NC. Theirs was the first step in the most spectacular journey in human history. Over the next 66 years manned flight would advance at a staggering pace, from propellers to jet engines to rockets to breaking the sound barrier to putting men in space. The culmination of that journey would occur in July of 1969 when NASA not only put Neil Armstrong and Buzz Aldren on the moon, but brought the pair (along with command module pilot Michael Collins) back to earth safely. From a rickety plane on the dunes of Cape Hatteras to the dark side of the moon and back the advances came at a blistering pace. Imagine, man spends thousands of years staring up at the sky and America goes from flight to the moon in 66 years...

Most of that sixty six year journey took place during a time of great national tumult and uncertainty; the Great Depression, two World Wars, the Cold War and the navel gazing sixties. Nonetheless, when JFK said: "I believe that this nation should commit itself to achieving the goal, before this decade is out, of landing a man on the moon and returning him safely to the Earth" there was a feeling across the country that although no knew exactly how to do it, it was going to get done. While some of the science that helped reach JFK’s goal had its genesis outside the United States, it’s no coincidence that putting a man on the moon was an American success. Forty years later no other country has matched the feat. 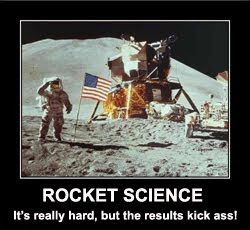 NASA succeeded largely for one reason: it had a clear objective and nothing was more important than doing what was necessary to achieve that goal. Its success stands in stark contrast to the failure of government since the advent of the steroid era of the nanny state – 1965 and beyond. Today the government takes an unprecedented amount of our national income, involves itself in virtually every aspect of our lives and fundamentally fails at more of its basic responsibilities than at any time in our history. Simply put, government today is the anti-government of 1961 NASA.

Rarely does politics provide us with such a clear opportunity to measure Presidents against one another. Kennedy’s challenge provides just such a measure. In 1961 he challenged NASA and the country to do something that not only had never been done before, but something which no one knew for sure was even possible. That challenge resulted in a burst of activity that percolated throughout the economy from computers to telecommunications to construction materials to aerodynamics.

Rather than suggesting NASA build a base on the Moon, rather than fostering a healthy competition amongst the nascent private space industry, rather than challenging Americans to pull together and put a man on Mars, Barack Obama wants to use NASA (and your tax dollars) to bolster the self esteem of Muslim nations. While he’s at it he might as well use the Defense Department to braid the hair of little girls in Africa so they look nice when they become victims of genocide or contract AIDS or malaria, or he may even want to consider using Amtrak employees to teach Sunday school to the increasingly secular Europeans. All three are equally ludicrous.

If there is a better example of the absurdity of Barack Obama as President I can’t think of one. One might have thought that even through osmosis he would have picked up a couple of nuggets on how to do something right, anything right as President, even if he was simply using his highly vaunted rhetorical skills to inspire a nation to achieve things no one knew was possible. Unfortunately for America he hasn’t, so we’re stuck with a dysfunctional community organizer for the next two and a half years. Maybe by then the self esteem of the Muslim nations will have increased enough that they can stop exporting terrorists to the United States and the West. Don't count on it...
Posted by Imperfect America at 3:17 AM