2011: A Republican Opportunity to Define the Debate

Republicans are poised to take control of the House in November and with a little luck may well pick up the Senate too. The last time this situation occurred was November 1994 when Newt Gingrich and the Republicans picked up 54 seats and took the House for the first time in 40 years. They also picked up 8 seats in the Senate, enough to take back that body as well. As a result of that shift, Bill Clinton was forced to pivot to the center, abandon some of his more liberal designs, and as a consequence he won a second term in office. 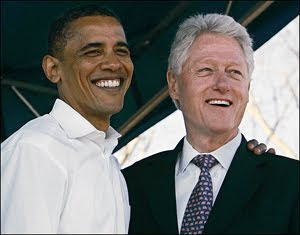 Many people expect a similar outcome from the 2010 elections. Conventional wisdom holds that when faced with a split or Republican legislature, President Obama will have no choice but to rein in some of his more ambitious attempts to “transform America”. In doing so he will set himself up for reelection as the forced moderation will lay the groundwork for a (relative) wave of prosperity that voters will attribute to him.

That might be plausible if 2010 were anything like 1994… but it’s not. On the most basic level, the last two years have been nothing short of an economic disaster. Not so much the continued meltdown of the housing market or even the two point increase in the unemployment rate. No, the disaster that has befallen the country is entirely manmade, and that man is Barack Obama. By passing ObamaCare, dramatically increasing federal regulation of – and intervention in – the economy, and by laying the groundwork for higher taxes, President Obama has removed the one element that businesses need to begin investing in the future, hiring and spurring economic growth: certainty of the playing field they are competing on. Without knowing what the future holds in terms of regulation or taxes, they can’t build a business, period.

The other thing that differentiates 2010 from 1994 is that Bill Clinton had the luxury of a multi billion dollar “Peace Dividend” and a nascent Internet that was beginning to transform much of the economy. That “Peace Dividend” allowed President Clinton to significantly reduce defense expenditures and shift much of the remainder into the domestic market as bases across Europe were shuttered and troops and equipment returned home, putting dollars to work in Ft. Lee, Virginia or Ft. Collins, Colorado rather than Heyford, UK or Berlin, Germany. Simultaneously the advent of the Internet was beginning to have a significant impact on American business and consumers, both in reality and in optimism. From communications to retail to the building of the Internet infrastructure, the Internet was beginning to spur the economy the way the railroads did 150 years before. At the end of the day the outlook in 2010 is far cloudier and darker than it was in 1994.

The yoke the President has placed around the necks of citizens and businesses is simply too heavy a burden for a slight adjustment of course to fix. A little moderation will not turn around the economy or the public’s state of mind. Dramatic change is necessary and the process could be wrenching. Not that voters will necessarily know where the blame should lay given the mainstream media’s vested interest in keeping the Democrats and Obama in power. Nonetheless if Republicans want to regain the White House in 2012 and build a working majority in Congress, they are going to have to demonstrate bold leadership and make a clear argument for what they want to accomplish.

They will get their chance starting in January. Rather than muddle through and just stop President Obama from doing further damage to the economy and the Nation, the Republicans should instead take advantage of the somewhat unprecedented attention that Americans are giving to governance in general and the economy in particular to clarify what they stand for. They should put forth bills as if a Republican were sitting in the Oval Office, fiscally responsible bills that clearly demonstrate their priorities. President Obama would no doubt veto them, but doing so would lead to a discussion of the merits of the policies. Republicans should welcome such a discussion… just ask Paul Ryan.

Republicans can make their case by borrowing from the Democratic playbook. Democrats are experts at the art of using numbers to define fairness: Barney Frank, Chris Dodd 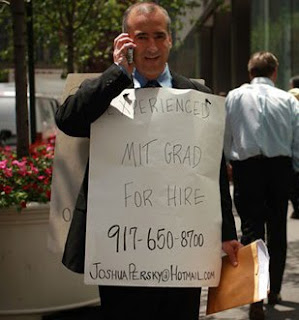 and many others used skewed data to demonstrate that banks provide home loans to blacks or low income borrowers at a lower frequency or higher interest rate than white or wealthy borrowers and therefore must be discriminating against blacks or the poor. Their remedy was, naturally, government intervention. Using that same model, Republicans should highlight the actual fact that federal employees earn on average twice what private sector employees do. The federal government must therefore be practicing discrimination against the private sector. The Republican remedy for this should be to cut by half the personnel budgets for all federal agencies (save Defense and Homeland Security) and they should pass a bill mandating such. Let President Obama take to the teleprompter and make the case that federal employees deserve to be paid twice as much as their civilian brethren when unemployment is at 10% for the nation, 16% for blacks and 20% for youth.

Fundamentally, Republicans should (regardless of whether they control one house or two) vow to only pass bills that demonstrate fiscal discipline and foster pro growth policies. Their budget bill should cut all discretionary funding back to 2004 or 2006 levels and refuse to pass anything that exceeds those levels. They should pass legislation rescinding ObamaCare and bills that explicitly limit the scope of agencies such as the EPA, the FCC and others, and they should slash the budgets of regulation heavy Departments such as Education and Energy. President Obama would no doubt veto virtually every one of those bills, and as the White House suggested on Saturday, that might result in a shut down of the government like 1995.

But 2011 is not 1995 and Americas will no longer allow themselves to be so easily hoodwinked. Whereas in 1995 the electorate looked askance at the government shutdown and largely blamed Newt Gingrich for it, in 2011 after two years in the death grip of the Democrats, Americans may indeed welcome a government shutdown as an opportunity to debate the very nature of government itself. That is a debate Republicans can win if they stand by their conservative principles and let men like Paul Ryan, Jim DeMint and Marco Rubio make the case to the American electorate. They may not win all of the battles, but by fighting the good fight they can demonstrate to the American electorate that when they go to the polls in 2012 there is a very clear alternative to a reheated “Hope and Change” agenda.
Posted by Imperfect America at 4:54 PM