Christine O'Donnell - Senator or martyr for the cause...

Tuesday’s selection of Christine O’Donnell as the GOP nominee in Delaware has brought to a boil the debate that has been simmering in the Republican Party for years. The front lines of that fight played themselves out in front of cameras throughout the week. The first shot came from Karl Rove on Tuesday night when he savaged her on Sean Hannity. While Rove said that he was supporting the Republican, he made it 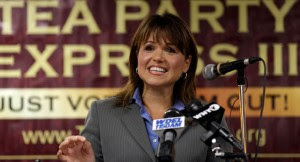 crystal clear that he thought she was unelectable and that Delawareans had made a huge mistake. The other side of the argument was delivered by South Carolina Senator Jim DeMint. In responding to criticism that his support of O’Donnell essentially stripped the GOP of the opportunity of picking up Delaware and potentially gaining a majority in the Senate, DeMint said: “I don’t want the majority back if we don’t believe anything” and “I’d rather lose fighting for the right cause than win fighting for the wrong cause.” The lines have been drawn… just in time for the American people to make a decision.

It might seem counter-intuitive, but what Rove and DeMint are seeking to do is the same thing… compile a governing majority. Where they differ however is how they want to govern. For Rove the goal is to have a majority that is part of the squishy middle whereas DeMint wants a majority that is clearly conservative. Rove and many of the GOP establishment are happy to maintain the squishy / big government policies that were part of the Bush administration. Amnesty, prescription drug programs, steel tariffs, billions for AIDS research in Africa, etc. While Barack Obama may have perfected the big government model, George Bush was no stranger to its design and Karl Rove was right there with him the whole way. Jim DeMint on the other hand, along with the tea party movement, is largely focused on small government, lowering taxes and securing the borders. Jim DeMint states point blank that he doesn’t want a governing majority simply for the sake of getting cushier offices and new letterhead. Rather, he would rather stay in the minority fielding a team upon whom the GOP can count to support basic conservative principles than field a winning team full of RINOs.

His reasoning is simple: It’s better to have players on your team who you can count on than to have a roster full of players about whose support you are dubious. There is a battle royale taking place for the heart of the American people. In any battle a general wants to focus his attention on the objectives ahead rather than have to spend his time plugging leaks in his foundation. In this battle, Jim DeMint wants the American people to have a clear choice. He wants the Republican brand to stand for something specific, something conservative. He is making the case that Americans, when given a clear choice between the progressive agenda the Democrats have foisted upon them and a conservative agenda that focuses on smaller government and lower taxes, will choose the latter. That clarity of message is imperiled when people running under the Republican banner don’t adhere to its most basic tenants.

When the established GOP puts forward candidates like Mike Castle who do not understand the fundamental difference between Democrats or Republicans, it’s easy to see how the electorate might be confused and think there’s not much difference at all – see Dede Scozzafava or Arlen Specter. Every time a RINO votes for bigger government or higher taxes, the public gets confused as to who stands for what. A perfect example of this is Olympia Snowe’s vote for ObamaCare in the Senate Finance Committee. Her vote allowed Robert Gibbs to claim that ObamaCare had bipartisan support. When a politician’s votes or positions demonstrate that either an R or a D by their name would fit equally well, then the letters have ceased to have any meaning at all and as a result voters feel like they have no real choices.

That is what Jim DeMint is trying to avoid. He understands that the only option in this battle for the soul of the country is to give voters a clear choice. Having once voted for the disastrous mirage of “Hope and Change” most Americans are looking for candidates who will give them sensible ideas about how to solve our economic malaise. Christine O’Donnell is clearly not a perfect candidate, but then church is where one goes to find perfection, not the ballot box. She is however a 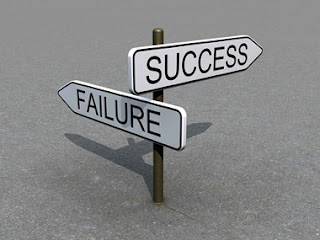 conservative who promises to man the ramparts against higher taxes and the metastasizing cancer of government intervention and regulation. Delawareans may indeed choose to send to Washington a tax and spend big government progressive like Chris Coons, but by nominating Christine O’Donnell the tea party has forced the Republicans to strengthen the foundation of the message they will carry into the 2012 elections. She may end up being a martyr for the cause, but if in the process she helps save the country from the progressive contagion that is rapidly eviscerating our freedom and prosperity, I’m guessing that is a sacrifice she is more than willing to make.
Posted by Imperfect America at 2:17 AM