Last week the fewest jobless claims in 2 ½ years were reported. President Obama and Democrats will likely begin crowing that at long last their policies are beginning to kick in and turn the jobs market around. I'm not so sure. Let’s see how things look in six months as even a blind squirrel trips over a nut every now and then. At the end of the day Democrats are simply ignorant of what it takes to actually create jobs other than those financed by government money, i.e. by taking money away from productive citizens to inefficiently distribute it to others.

The funny thing about jobs is that you don’t find them sitting on a shelf or stuck in a closet. They are not items like tires or boxes or cars. They are not assets you can put into a vault and count and protect and take out whenever you want to use them. No, jobs are dynamic things that exist only in their exercise. Fundamentally jobs are nothing more than energy expended in the pursuit of accomplishing something.

As such, there are private sector jobs and there are public sector jobs. The difference is (besides the fact that public sector jobs pay twice what private sector jobs do…) that jobs in the private sector are typically created when some entrepreneur or investor decides that he or she wants to put their capital at risk for the purpose of growing it, and the vehicle they are choosing for that effort is starting a business. Whether they begin with a great idea they’ve patented, a process they feel they can improve upon or a service they decide customers might be willing to pay for, invariably they look at what it will take to make that business a success.

At a minimum they want to be able to sustain that endeavor and eventually turn a profit. Because of that, most businesses start out small, with owners putting their own time and money into the business. Assuming things go well, at some point the entrepreneur decides they would like to grow, to become bigger and to ideally make more money. A big part of growing most businesses is adding people, particularly at the beginning. This is where President Obama and the Democrats simply loose all connection with reality. 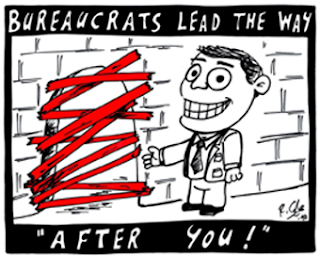 They suggest that government regulation does nothing but protect consumers, make businessmen more honest and generally make society a better place and has no detrimental effect on business decisions. This view is as absurd as their view on taxes. They look at the world of taxes as a static environment. They say that if a 25% tax rate on X raised $4 billion this year, then by raising the rate to 50% next year the government will take in $8 billion. For them taxes operate in a vacuum. They never seem to appreciate the fact that taxpayers have choices and that they respond to incentives. Like Maryland, New York and New Jersey discovered over the last few years, raise taxes and tax payers decide to take their marbles and go play somewhere else.

Obama and the Democrats look at regulation the same way. They assume that jobs too exist in a vacuum and that regardless of what regulations they impose, jobs will eventually return.

The reason for that is simply that in the universe Democrats exist in there is no correlation between profits and jobs. Who votes for Democrats? Union members. Lawyers. Academics, students and intellectuals. Government employees. People on the receiving end of government redistribution programs. Most of those people are beneficiaries of government largesse in one form or another. If it’s not an actual government check it’s government “protections” that allow unions to blackmail businesses, court systems that encourage legal lotteries or loans or grants that sustain the nation’s ivory towers. At the end of the day none of these people has a vested interest in the success of business in America, other than the size of the bank account it creates so it can be looted via the tax code or a class action lawsuit.

The cost of a job is not just the paycheck the employee cashes. It includes things like employee recruitment and training, wages, unemployment insurance, employer social security payments, benefits programs and various other employee specific expenses. And those are just the employee specific benefits! Fundamentally an employer needs to assess whether or not an employee will bring more value to the business than it will cost the boss to write all those checks. 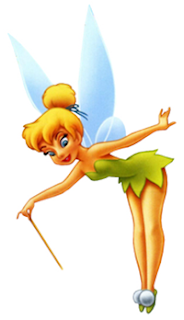 Anyone with a rudimentary understanding of the private sector would recognize that at some point employers, entrepreneurs, investors and other job creators will decide that there is simply no opportunity to make money by creating or sustaining jobs in the United States. They will seek to get more work out of existing employees, they will look for technology to replace employees and when the cost of running a business itself finally becomes prohibitive, they may close up shop altogether and ship their investments and jobs overseas.

A year ago President Obama said “You would be hard pressed to identify a single piece of legislation that we have proposed out there that, net, is not good for business”. Unfortunately for most Americans, they don’t breathe the rarified air Democrats do that allows them to exist in such a fantasy world. Instead they are left to twist in the wind as Democratic regulatory pixie dust chokes the life out of the real American economy.
Posted by Imperfect America at 4:12 AM