Obama's unconvincing feint to the center

Reading President Obama’s piece in the Wall Street Journal last week made me think of something Tom Dye, one of my Political Science professors at Florida Sate used to say when discussing the Soviet approach to arms negotiations: “If it’s someone’s goal to kill you, you should not be surprised to discover that they are more than willing to lie about it in the first place.” That basic truth of that statement seems fairly obvious, but it’s a 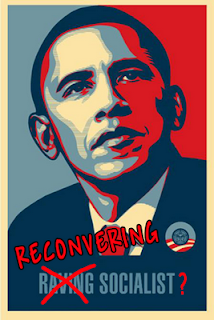 lesson liberals never learned during the Soviet era and President Obama demonstrates he thinks Americans have not learned it today.

He starts off paying homage to the free markets that he rightly acknowledges allowed the United States to become the most prosperous nation in the history of the world. He then goes on to (again accurately) state that it is our entrepreneurial spirit that is the key to our continued leadership in the world.

The remainder of the piece involves his demonstrating for us his understanding that too much government regulation can be a hindrance to those free markets and can suffocate entrepreneurship. He talks about regulatory excess and highlights how agencies can even work at cross purposes to one another. He also discusses his plan to sign an executive order that will instruct federal agencies to reduce excessive regulation, eliminate redundancy and repeal regulations that are obsolete.

The take away from this piece however is that President Obama thinks Americans are incapable of logical thought. He says all the right things, but few people paying attention will believe a word of it.

The President’s stated willingness to destroy the coal industry, his nationalization of the auto industry and his administration’s threats to business leaders who go off script might suggest to a reader that he may not be quite the fan of the free markets as he suggests. It is the 5th paragraph however that puts a lie to the entire piece: Over the past two years, the goal of my administration has been to strike the right balance. And today, I am signing an executive order that makes clear that this is the operating principle of our government.

After rubbing one’s eyes and re-reading that two sentence paragraph then re-checking the byline you have no choice to conclude that either President Obama is a victim of body snatchers or he thinks you were born yesterday. The President’s assertion that his administration has been a model for good governance and balanced regulation is like someone beating you to a pulp and then proclaiming himself a pacifist.

President Obama’s first two years could hardly have been any less balanced had Ralph Nader been sitting in the Oval office. The examples of the President’s duplicity are legion. 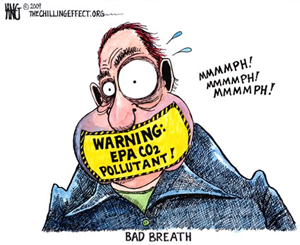 Then there is of course the minor issue of the 159 new bureaucracies, agencies, boards, commissions, and programs that ObamaCare creates, not to mention the myriad mandates such as the one requiring restaurant companies with more than 20 locations to list their nutritional information virtually everywhere but on the toilet paper. Then there are the 1099’s. And of course, not to be forgotten is the unknown number of agencies and regulations that Dodd Frank – one of the most far reaching and incomprehensible financial laws ever passed – will produce. Together these two laws alone – all 4,000 pages of them – will produce strangling regulation for almost 1/4 of our economy.

Given that the beginning of the 2012 election cycle has just begun no one should be surprised that the President is seeking to paint himself as a centrist once again. No doubt his SOTU speech will be full of rhetoric that tacks to the right. It certainly worked well three years ago. Now however, despite a still fawning media, we have demonstrable proof that Barack Obama is nothing but a man of the far left. There’s an old saying: “Trick me once, shame on you; Trick me twice, shame on me.” The question is, how many Americans are going to be sufficiently gullible to take the President’s words at face value and disregard Ronald Reagan’s advice of “Trust but verify?” Hopefully fewer than did in 2008.
Posted by Imperfect America at 1:57 AM