Apple should save California by paying higher taxes 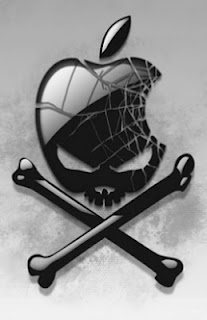 Bill Whittle over at Pajamas Media had a great piece in his Afterburner segment this week. Calling statistician William M. Briggs’ “The love of theory is the root of all evil” “The Best Sentence Ever”, Whittle discusses how the love of the theory of Communism caused the deaths of well over 100,000 million people during the 20th century. The crux of his piece is that liberals, living in their world of theory and planning have no clue how the world actually works.

Just such liberal fatuousness was on display in Saturday’s New York Times. The paper ran a 3,800 piece bemoaning the fact that Apple Computer, the most valuable company in the world was short changing California (and the United States) on taxes. Somehow, the company, which employs over 20,000 people in the state is not doing its fair share. According to the Times, Apple, which is headquartered in Cupertino, California, could earn up to $46 billion this year worldwide and California is getting bilked. The Times states that Apple utilizes offices as close as Nevada and as far away as Luxemburg to shield itself from California and US taxes.

While the Times explicitly states that Apple is not responsible for California’s budget problems, in a piece Mark Antony would be proud of, it helpfully points out: Apple serves as a window on how technology giants have taken advantage of tax codes written for an industrial age and ill suited to today’s digital economy. And if the subtlety makes the point too opaque, the Gray Lady makes it clear: The growing digital economy presents a conundrum for lawmakers overseeing corporate taxation: although technology is now one of the nation’s largest and most valued industries, many tech companies are among the least taxed…

The Times suggests that if Apple were not using these “tactics” its federal taxes would have been $2.4 billion higher in 2011. Assuming that Apple does half of its US work in California, that figure suggests that Apple would have paid approximately $300 million dollars more in California taxes than it actually did. Obviously that would have fixed the state’s $25 billion shortfall. 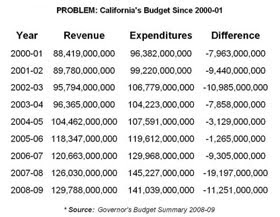 To put this in perspective it might be helpful to examine what Apple actually does in California. It employs over 20,000 people in the Golden State, with an average salary of $70,000. Their $1.5 billion in wages contribute $132 million directly to the state’s coffers via income taxes. According to Apple, for every one employee in the United States, it creates or supports 11 jobs outside the company via suppliers, partners, service providers etc. Taking Apple’s metric and applying it to those 20,000 employees would give you an additional 220,000 California jobs. Given that the average salary in California is $54,000, those 220,000 employees doing the jobs created or supported by Apple generate an additional $12 billion in salary which would generate another $1.05 billion in state income taxes. Then of course all of those employees likely spent most of that $13 billion wage income in California, which in turn generated much income and more taxes.

Not to be forgotten are the shareholders such as California’s many shareholders, pensioners and mutual fund holders who own shares of Apple stock. The country’s largest pension fund, CalPERS, owns 2.8 Apple shares and provides benefits to more than 1.6 million California employees and retirees. Because the company has done such a good job of husbanding its resources, its stock has quadrupled in three years, generating almost half a trillion dollars in wealth. No doubt many of those investors and pensioners have enjoyed the capital gains Apple has provided, which are of course taxed as ordinary income at 9.3%. Not only did those capital gains generate tens of millions of dollars to state coffers, they no doubt generated revenue at the local coffee shops, grocery stores and movie theaters as well.

The Times provides a perfect example of Whittle’s point. California is a fiscal basket case and the solution is fairly straightforward: Change the tax code to force companies like Apple to pony up hundreds of millions or billions more in taxes. As liberals often do, they sit in their little cubbyholes and play with their calculators. “We can raise taxes or plug that loophole and the money will just pour in”. They rarely look at how the world really works. Certainly California and Congressional legislators could revise the tax code to make it more difficult for companies like Apple to reduce their tax burden. But would it generate a tax windfall? A balanced California budget? Not likely. What’s more likely is that Apple would start looking to reduce its California footprint and begin to open offices and actually employ people outside the state and the country, imperiling the real impact the company has on the state.

Despite decades of crystal clear proof that they simply don’t work, liberals maintain their devotion to the theories of high taxes, centralization and state control like members of the People’s Temple following every Jim Jones dictum as if it were gospel, regardless of its rather negative consequences. The only problem is, they not only want to drink the Kool-aid themselves, they want to force us to drink it as well. As a good libertarian I’m happy to let anyone put anything in their bodies they choose, but I’d just rather not drink the cyanide myself.
Posted by Imperfect America at 4:55 AM