ObamaCare and the children's lemonade stand next door

This past week the Supreme Court heard arguments for and against ObamaCare. The decision, expected to be handed down in June may very well be the single most important case in the history of the United States.

Justice Anthony Kennedy, the perennial swing vote on the court pinpointed the argument on Tuesday: 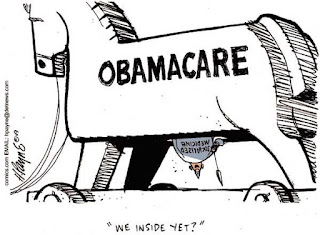 Donald Verrilli, the administration’s attorney, suggests that the reason the government can regulate the healthcare market is that that everyone participates in it at some point.

Justice Scalia points out that everyone participates in the food market and therefore the government could use that rationale to force everyone to buy broccoli.

Verrilli's retort: Though the two markets do share that one trait, they remain distinctly different. The healthcare market, he said, contains participation that is "often unpredictable and often involuntary." The food market is not that.

Which in turn caused Justice Alito to ask about burial insurance, the cause of which is often unpredictable and almost always involuntary.

You can see where this is going. This gets us to the fundamental question about liberalism in general. When will enough regulation be enough? Will there ever come a point where liberals believe that there is simply enough government regulation in place and that they should stop making new laws? Is there a point where citizens are going to be allowed to exercise individual responsibility to the point that they are responsible for their own lives? From the federal government all the way down to local towns and counties, what one describes as freedom in America is rapidly shrinking.

The thing that liberals never seem to get is that the unknown factor in their plans for universal perfection (read equal outcomes) is the fact that it includes humans. There is nothing that humans have ever been involved in that is perfect, that is 100% successful or 100% safe. Yet liberals continue to push the envelope. And it’s not just about safety… it’s gotten to the point that New York City’s Department of Education believes it’s the government’s job to save people from getting their feelings hurt so they’ve put out a list of 50 topics that should not be used in tests because they might offend various people. Dinosaurs are on the list, presumably because it would offend people who don’t believe in evolution. Computers in the home cannot be mentioned (because not all kids will have computers in their homes) but mentioning a computer in a school environment is allowed. 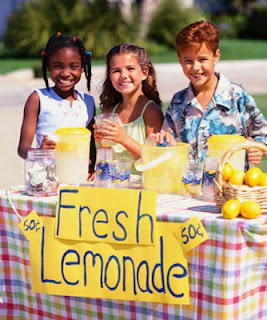 Is there some point of minutia that is beyond the reach of liberals? John Stossel did a special recently called “Illegal Everything” about regulation and featured children from around the country being stopped from selling lemonade. In one case, in Midway, GA, one of the little girls’ father went to city hall to find out what law the girls had broken. No one knew, but the Chief of Police was clear about why they had to be stopped: We were not aware of how the lemonade was made, who made the lemonade, or what the lemonade was made with.

In the spirit of the times, I would like to suggest a new regulation. All men should be required to get a federal dating permit in order to strike up a conversation with a women in a bar or at the supermarket. Certainly some men lie about all sorts of things in order to get a woman into bed. From their jobs (or lack thereof) their salaries, their previous relationships, their education and even their marital status. Women across the country would be saved from ever getting their hearts broken or their purity despoiled. Licenses would be $25 per year and would have to be shown within the first 5 minutes of any intended coupling. The woman could scan the license with her smartphone and immediately know everything about her would be suitor.

Such as system would open a Pandora’s box of issues. What happens when a man changes jobs? How long does he have to update his license? What happens if he gets a raise? A cut in pay? Who decides if a previous relationship ended amicably, the man or the ex? Does she have the right or obligation to comment on the issuance of his license? How would a government computer weigh an acceptable honesty score? Does lying to your girlfriend about how beautiful your last girlfriend was generate enough positive points to outweigh the truth you told her about how bad her cooking is? Is there even a remote possibility that this could somehow make dating a better experience?

This may sound farfetched, but that’s what happens when government gets involved in practically anything. Education. Healthcare. Housing…

At the end of the day the United States, like every other society throughout history is guaranteed to be imperfect by the fact that it is made up of imperfect humans. Liberals make the mistake that collective decision making and rule making can move the nation farther down the road to perfection. It can’t and it won’t. The strange thing is, the more regulations they foist on the population, the more people become law breakers, inadvertent and otherwise. With over 100,000 federal regulations and literally millions of state and local ordinances it’s virtually impossible that individuals can go through any day without breaking some laws. With so many regulations, virtually everything is illegal, and it’s simply the whim of the regulators, politicians and police that decides who gets prosecuted and for what.

ObamaCare is the single most important court case in a century for one simple reason. It presents the American people with the clearest choice between freedom and statism since the calamitous 1942 decision in Wickard v. Filburn.

If the Supreme Court throws out the individual mandate and the rest of ObamaCare, perhaps citizens will finally feel like they have a fighting chance in taking on the borg that government has become and begin the process of rolling back the overreach that permeates every area of our lives.

On the other hand, if the Court upholds ObamaCare then it is the swan song of freedom as you know it. The United States will not collapse the next day or the next week or even within the next few years. It will however happen. Power corrupts absolutely and absolute power corrupts even more… A government bestowed with carte blanche will see no reason to ever curb its own power, and eventually it will take over everything. Lemonade anyone?
Posted by Imperfect America at 1:53 AM