The United States was built on the backs of hard working people. From pilgrims who survived an ocean’s journey and founded a colony at Plymouth to slaves who endured the blistering sun as they harvested cotton to settlers who braved temperatures, terrain and Indians to fulfill a Manifest Destiny, the United States was the product of people who worked like their lives depended on it. And in many cases, they did. In the 20th century however, other than a number of wars, and increasingly, simply living in intercity neighborhoods, most aspects of working in America don’t involve putting your life on the line in order to survive.

Today, America is still powered by work, in whatever form it takes, everything from building bridges to creating smartphone apps to finding investment opportunities. Work has created a foundation for the prosperity that has given the United States two centuries of greatness. Unfortunately, the very concept of work as something positive, something necessary, something that is part of a normal family’s existence, is slowly going away… and it’s no accident.

One wonders what someone could do to destroy the work ethic… 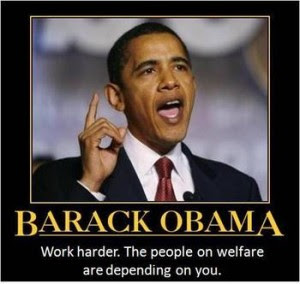 For starters, try two full years of unemployment benefits… although the longest period today has dropped to 83 weeks – a year and a half – President Obama had benefits up to an unprecedented 99 weeks in his first year in office. This, despite the fact that studies show that fully 1/3 of those receiving unemployment benefits find a job within one week of their benefits expiring, and a sizable number of the rest soon thereafter. This is not just an exercise in navel gazing… it has a real impact. In Fort Wayne, Indiana, despite offering between $9 and $20 per hour and a 7% unemployment rate, hundreds of employers cannot fill their open positions. Either they can’t find enough qualified applicants (thank you teachers’ unions) or the pay they are offering is simply not good enough to convince people to give up their unemployment benefits.

And unemployment benefits are not the only government program weighing on the work ethic. Then there is welfare. The GOP half of the Senate Budget Committee released a report last week that was astonishing: “Welfare spending per day per household in poverty is $168, which is higher than the $137 median US income per day.” To put that in perspective, those welfare benefits, including food stamps, housing, healthcare and child care amongst other programs, equal to $61,320 per year per household in poverty. That compares to the median US household income of $50,054 per year. And to add insult to injury, that $50,054 is taxable while the welfare benefits are not. A conservative 20% combined federal, state and local tax rate would bring that take home pay to approximately $40,000, fully 35% lower than the income from the household living in “poverty”.

Now of course liberals say that these numbers are skewed and that all those benefits don’t go to people living in poverty, but also go to people who are experiencing particular hardships. Perhaps, but isn’t that exactly what unemployment insurance is for? Should welfare benefits really be going to those who are not living in poverty? And of course, don’t forget, poverty in 2012 doesn’t mean what you might expect. 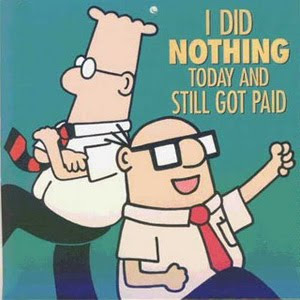 Then there is this nugget from the Bureau of Labor Statistics: While the economy has created 2.6 million jobs since June 2009, fully 3.1 million workers signed up for disability benefits. There is something staggering about the fact that for every one person who found a job in the last three years, there was another person who not only didn’t help grow the economy, but who sought support provided by people with jobs! It’s like you and a stranger going to apply for a job. You get the job and the stranger says he can’t actually work but wants to be paid out of your salary… You might not be surprised to learn that lax enforcement and fraud are part of the mix.

Finally there is this. It’s called the Labor Force Participation Rate. Essentially it’s the percentage of people 16 years of age and older who are either working or looking for work. (Those not in that number include students, retirees, those unable to work and those not looking for work.) For most of the last 20 years that number has been between 66% & 67%. Since President Obama took office that number has plummeted to 63.6%. That is the lowest level in over three decades. Fundamentally, what that means is that since President Obama was sworn in, fully 2.2% of the adult population of the United States has decided to exit the workforce. (Remember, that doesn’t include those who are looking for work…) That works out to be approximately 5 million people who have decided that they can get by one way or another without working… which means of course that someone else has to pay to support them.

Taken together these data are nothing less than catastrophic. A country that was built on sweat, ingenuity and perseverance is today foundering under the sheer weight of a segment of the population that sees either no need or no point in contributing to the prosperity of the nation. It’s no wonder that the economy is stagnating despite the infusion of over $5 trillion in debt over the last four years.

This is Margret Thatcher’s “The problem with socialism is that you eventually run out of other people's money” playing itself out in real life. Today we have fewer and fewer people getting jobs while we have skyrocketing numbers of people living off of government handouts. Unfortunately, a majority of voters just reelected a man who not only doesn’t see a problem with this, but who has been driving it. What’s worse, he’s using tax and regulatory policy to dissuade investors, entrepreneurs and businessmen from starting or growing the businesses whose jobs are supposed to support this lunacy in the first place. And of course forgotten in all of this is that work, in addition to providing a person with an income, also provides a feeling of dignity, independence and the pride in the fact that they are benefiting not only themselves but the society as a whole.  One has to wonder, when 2016 comes around will there be enough Americans left with jobs (or the memory of jobs) to derail this progressive train to oblivion?
Posted by Imperfect America at 12:58 PM