One of the beauties of a free society, particularly one built on the rule of law, free markets and individual liberty is that people are often free to pursue things that are simply not possible elsewhere. Entrepreneurship in the United States thrives like it does in no other place. From restaurants that let you choose how you want your food cooked to more cable channels than your cable box can handle to the frivolity of branded apparel and Christmas antlers, the United States is a study in the science of the division of labor.

Over the course of our American history, the division of labor has grown ever more important. While 150 years ago most people would have hunted or grown their own food, built their own houses and made their own clothes, today virtually none of us do any of those things. That’s because of the division of labor. We have come to depend on one another to do what we do best. Whether as individuals or as cogs in the wheel of a corporate machine, the division of labor allows us to live far richer lives than we ever could if we had to do everything for ourselves. 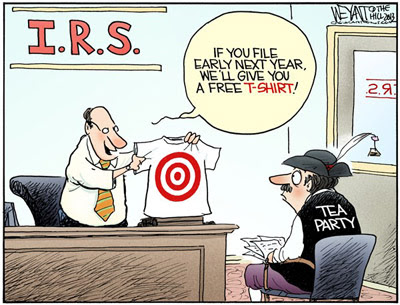 So too it is with the government of free nations. The United States is one of, if not the most free country in the world when it comes to speech – except for college campuses of course. Citizens have put their trust in the Constitution and the government it created. It is that trust that allows them to go about that making widgets or doing whatever they do. They trust and expect – perhaps foolishly – that their elected officials will at least run the government with objectivity and honesty if not with competency and efficiency. Because the citizens trust the public servants to enforce laws and do so with detachment, the citizens themselves don’t have to enforce them or scrutinize official’s every move.

A complementary element of that trust in government is the First Amendment’s protection of the Freedom of Speech. A trust that you can speak your mind and the government will not penalize you for it. Nowhere else in the world is freedom of speech protected like it is here. Try standing on a street corner in Saudi Arabia and badmouthing the Koran. Try speaking out against the government in Russia or Venezuela. Insult some protected group in Canada or Europe and you’ll likely find yourself in court or shackles.

Free speech, particularly as it relates to opposition of government officials is as American as apple pie. Despite the vile and contemptible things said about him with great regularity and impunity, George Bush was hardly the first president to feel the sting of slings and arrows – John Adams and Thomas Jefferson also withered viscous storms of opposition – but he may end up being one of the last. And America will be much worse off for it. Why? Because Barack Obama has succeeded in destroying the trust the American people have in their government.

President Obama’s use of the IRS to tilt the election playing field in his direction is repugnant to everything Americans hold dear. Americans don’t mind a spirited fight, and even expect minor examples of local irregularities, after all, you can’t expect an election where over 100 million people vote to come off without a hitch.

Barack Obama however has done something that no American can condone. As he was getting ready to have his rear end handed to him in 2010 Congressional elections, he decided to use the police power of the government to ensure that he would be victorious two years later.

Of course he was not so transparent as to send in New Black Panther party stormtroopers to “encourage” voters into pulling the Obama lever. No, instead he clandestinely used what is possibly the single most intimidating organization in the United States, the IRS. To be clear, the IRS is far from an efficient bureaucracy, but there is a difference between a dysfunctional tax code and a tax enforcement agency that is explicitly political. This is the latter: not only did his IRS delay or refuse tax exempt status for 500 tea party and conservative organizations across the country, the agency also targeted conservatives and Romney donors for intense scrutiny and public backlash.

Barack Obama won election by a total of over 6 million votes – 5 million of which came from California and New York alone. The election would have gone the other way however if just three states had changed from blue to red: Florida, Ohio and Pennsylvania. Together they cast 19.7 million votes and Barack Obama won the three by a total of 550,000 votes. Not coincidentally, the epicenter of the IRS scandal was Cincinnati Ohio.

To put the magnitude of this malfeasance in perspective, had each of those 500 organizations swayed a mere 500 citizens each in either Florida, Ohio or Pennsylvania, Barack Obama would have lost the election. But they were not able to do so because the IRS violated the public trust by becoming an extension of the Obama campaign. How many other organizations never formed because conservatives could see the writing on the wall and were not willing to jump through hoops just to be stonewalled? How much money was not donated to these organizations and others because donors feared for their livelihoods?

Whether Obama directed this travesty himself, or he merely pointed out the targets for others to harass, he is responsible for the destruction of the American trust. By turning the IRS into the arm of a police state, where one’s associations, donations, speeches and friends are scrutinized in order to stifle dissent and harm your business, he has undermined the single most important element of American society: Trust. 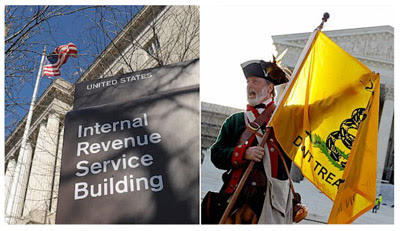 Americans have always looked at the actions of government with a critical and often partisan eye, but for the most part they have bought into the idea that whether it’s the Corps of Engineers, the Department of Education or even the IRS, most of government is run in a largely objective, if often inept, fashion. By using the IRS to intimidate opponents and guarantee himself a second term, Barack Obama has opened a fissure in the American body politic. One wonders how big it will grow and whether the republic can survive. If citizens begin to see the IRS as a thought police, they will begin hiding income and cheating on their taxes, rationalizing that they will be unfairly targeted regardless. And it won’t be limited to the IRS. If citizens begin to believe that the Justice Department is but the enforcement arm of whoever is in power they may begin to react differently when targeted. If citizens believe that the EPA or the Department of Energy have become political vehicles for the reward of friends or the restraint of enemies of the regime in power, they are likely to begin to disregard their rules or edicts.

At the end of the day a free society depends on the willing trust and voluntary participation of the citizens. Barack Obama has broken that trust in a big way. The question is, can the fissure be repaired so that citizens remain willing to openly engage in political debate rather than scheme under the cover of darkness with designs on upending a system they feel is no longer fair? The country survived a relative vaudvillesque version of this scandal forty years ago that ended up in a president’s resignation. Before that FDR, JFK and LBJ were experts at using the agency to pressure opponents, but their misdeeds rarely saw the light of day thanks to a servile press happy to carry their water. Barack Obama isn’t so lucky however and thanks to the Internet and a conservative press his crimes are difficult to deny, even for the blindest of followers. Whether he serves out his term or not, Barack Obama should be seen as the pernicious narcissist he is who sacrificed the public trust for his own self-aggrandizement. For anyone who has been paying attention, none of this is a surprise.
Posted by Imperfect America at 5:11 AM