On Friday, the stock market, driven by record profits and a better than expected jobs report, - not to be confused with a good one - closed at its all time record high. Closing at 1,614, the S&P 500 closed up 148% from the low it reached in 2009. Not bad given that the economy is up a paltry 5.5% over that same period. Already the markets are up over 10% since the beginning of the year. There are a number of reasons for this.

One is the fact that the 500 companies represented the index have been reporting strong revenue and earnings growth, particularly among technology companies like Apple, Google and Facebook. Another factor is that the Fed’s money pump. The Federal Reserve has been pumping $85 billion a month into the economy since the beginning of the year, doubling the $40 billion a month it had been pumping in since 2010. By the Fed driving bond rates to close to zero, the stock market is the natural beneficiary of the dearth of competitive returns. Where else are investors going to put their money?

Then there is the economy. Last week the government announced that the unemployment rate had dropped 7.5% in March, down from a high of 10% in October of 2009.  Those jobs numbers sound great, until you look a little closer. The primary reason the rate is down 25% in 4 years is not because of job growth, but rather because so many people have grown discouraged that they have stopped looking for a job all together. Basically, since Barack Obama became president, 9.5 million Americans have simply left the workforce and as such are simply no longer counted. Had those people still been looking for a job - U-5, the rate would be 8.9%, which might not be such good news for stocks. 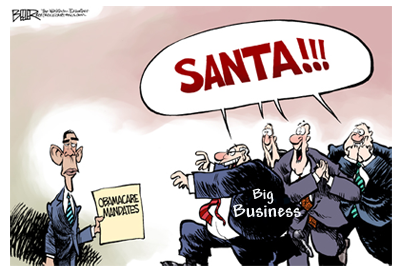 The reality is that while the stock market may be going gangbusters, the country as a whole is a different story. The simple reason is the stock markets, by definition, reflect the fortunes of big businesses. Currently, for a company to be listed in the S&P 500 it must have a market capitalization of at least $4 billion. That leaves out 99.9 percent of all companies in the United States, including the jobs engine: Small businesses. Small businesses create 64% of all new jobs, employ tens of millions of people and are the places from which large successful businesses emerge.

Basically Wall Street is heading for the stars while Main Street limps along. This is no accident. Two pieces of legislation clearly demonstrate the problem. The first is Obamacare. In 2009 it was passed despite the fact that a majority of Americans never favored it. How? Collaboration between the Democrat party and big business advocacy. Companies as diverse as General Motors, Wal-Mart and Pfizer pushed for the passage of the sainted Obamacare because they understood that the legislation would create a significant benefits for them. In many cases big companies like Wal-Mart understood that they could unload some of their costs on the public, or more importantly, they could saddle small business competitors with healthcare costs they could not afford. As competition dried up, up would go their revenue and profits…

Just as expected, Obamacare has resulted in small businesses hiring fewer workers or hiring more employees on a part time basis to keep below Obamacare’s 50 employee threshold. The most recent jobs report shows this shift to part time workers. The April report showed that the average workweek per employee in the US dropped by .2 hours. That is the equivalent of firing over 700,000 people. That larger number of workers working fewer hours means that small businesses are saddled with greater accounting, training and management costs while simply seeking to maintain their current productivity levels.

The second piece of legislation that showcases the big business / government cabal is the Internet Sales Tax bill, euphemistically called “The Marketplace Fairness Act”. The legislation would force online retailers to collect sales taxes for every taxing authority in the country whether they have a presence there or not. Simply put, state and local governments cannot live within their means and seek to squeeze every dollar they can from largely defenseless small businesses. Big businesses meanwhile seek to kneecap potential competitors by foisting upon them regulatory compliance costs they simply can’t afford. A small business doing $1.5 million a year selling backpacks or tee shirts will typically not be able to keep up with the 9600 different taxing authorities that exist around the country. Although the legislation requires each state provide one clearinghouse for tax collection within its domain, it will still leave small businesses open to legal jeopardy from each of the 9600 local taxing authorities. 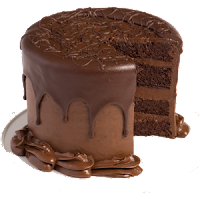 Here’s just one example. Have you ever looked at your grocery store receipt and noticed some items have a T beside them while others don’t? The ones with the T next to them are taxable and the others are exempt. Some jurisdictions tax staples like milk and eggs while others don’t – and each is constantly shifting the rules. Some communities exempt some forms of chocolate while exempting others. How is a small business selling gift cheese from Wisconsin supposed to understand if it’s fine cheeses count as untaxed staples or taxed luxuries in 9600 different jurisdictions with 9600 different sets of rules? If complying with that law sounds daunting, it is, and that is exactly why many big businesses, including Amazon.com are supporting it: Less competition = more profits.

At the end of the day this stock market bonanza should not be seen as a sign of a robust economic revival. Unfortunately it’s more like a pig wearing lipstick. It’s the result of governments who refuse to live within their means conspiring with big businesses who seek to eliminate competition. The hapless saps caught in the middle are the American worker, who has fewer employment opportunities, and the nascent entrepreneur who finds that maintaining or starting a business is simply becoming unsustainable or impossible. We expect that from government, but it’s a sad day in America when two shining beacons of free market success like Wal-Mart and Amazon embrace the antithesis of free markets – regulation – in order to undermine the opportunity for other entrepreneurs to enjoy that same success they achieved.
Posted by Imperfect America at 6:02 AM