My rather lopsided love/hate relationship with Barack Obama…

Some time ago I was talking with a guy I know and the issue of politics came up followed soon thereafter by the mention of Barack Obama. I instantly said “I hate that guy!” Afterward I wondered if that was really an accurate statement… after some introspection I have to admit, it's kinda true.

I know in a world of political correctness I should maybe not say that… but I feel as if I must, if for no other reason that explain why. Although I don’t actually know Barack Obama personally, that is exactly how I feel. On a personal level he might be a great guy. He’s certainly personable, he might be a great guy to have a beer with, he appears to be a good father and he would probably make a great guest on SportsCenter. Nonetheless, the dictionary defines hate thus: “To dislike intensely or passionately; feel extreme aversion for or extreme hostility toward; detest.” That seems about right. 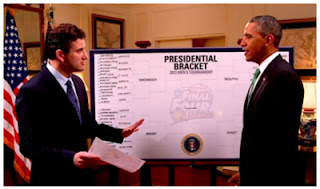 How is it even possible that I might have such a strong feeling towards someone I’ve never met? Charlie Rangel and MSNBC and the rest of the fabulists - about all things conservative and Tea Party related - would suggest it’s because he’s black, obviously. That’s their right, but nothing could be farther from the truth. While I despise Barack Obama, it has nothing to do with his skin color. Frankly I feel exactly the same about Barney Frank and Nancy Pelosi as well… and the last time I checked neither of them was black.

No, I hate Barack Obama because it is his goal is to destroy that thing I hold most dear: the United States. The United States is indeed an imperfect place, but so too is every other place on this planet. It has however created more prosperity and improved the condition of man more than any other nation in human history. And the biggest part of that success was the driven by the free market system – imperfect as it may be – and its companion individual freedoms.

The United States is not just a geographic land mass sitting between two oceans. There are 200 plus other countries around the world that can be defined by lines on a map. None of them is anything like the United States. They may share some traits with us, but America is a different animal altogether. While you may very well hear someone saying they want to move to France or Germany, you don’t hear them saying “I want to become French” or “I want to become German”. They can move to France, they can become a French citizen… but they can’t become “French”. That has never been the case with the United States. For centuries people have dreamed of coming to America and becoming an American. That is because for most of our history the world understood that America was a place where, regardless of where you came from or what you started with, with hard work, they could achieve spectacular success, however they wanted to define it. For outsiders looking in and those born here, the American Dream was something of consequence, something to strive for, something worth sacrificing for. People like Cyrus McCormick, Andrew Carnegie, Levi Strauss and Madam C. J. Walker knew it long ago while people like Sara Blakely, Daymond John, John Schnatter, Cesar Millan and Mark Cuban know it today. 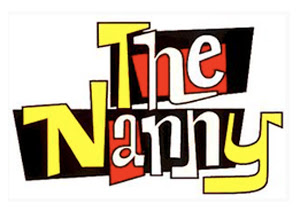 Unfortunately Barack Obama doesn’t understand any of that. While he talks about an American Dream, his American Dream is one where the nanny state of government swaddles the nation, suckles the citizens, gets to decide who wins and who loses in virtually everything, gets to arbitrarily define the rules, and gets to keep its thumb on every scale. At its foundations that is a misunderstanding of what made America more than just a geographic entity in the first place. America is not great because of government, it is great because of its freedom… economic and otherwise. America was not made great by agencies like the ICC or the SEC or the FDA, the IRS, the EPA or even NASA for that matter. No, America was made great by companies like GE and Ford and Carnegie Steel and International Harvester and Standard Oil and Rockwell, and Intel and IBM and Merck and Kelloggs and J.P Morgan and Sears and Delta Airlines and Microsoft and Disney and Turner and millions of other companies started by entrepreneurs and investors who risked much, and sometimes everything to do something worth doing and earn a profit while doing it.

It is that disconnect that makes Barack Obama worthy of being hated. Not because he misunderstands the basic element of free market economics, but because he feels it’s his right to use the police power of the United States to wreck the most prosperous and powerful economic ecosystem the world has ever seen. From green energy boondoggles to stultifying regulation to excessive taxes to seemingly boundless spending on social programs, Barack Obama is systematically strangling the goose that has laid the golden eggs for over 200 years.

If you think the word hate is too strong, what else might you call it when you see a man who is leading the charge to push the United States into an economic tailspin from which we might never recover? America becoming an economic basket case the likes of Greece or Detroit would create a worldwide catastrophe, economic and otherwise that would destroy the lives of hundreds of millions of people, both at home and abroad. A man who is working to inflict that level of destruction on a nation is indeed worthy of being hated.

That doesn’t mean that I wish him ill however. On the contrary, I hope he lives another 50 years after he leaves office. If we’re lucky that will be long enough to allow him to observe how his imperious anti capitalist reign caused (hopefully) a reawakening of the American people to the fragility of freedom and prosperity, resulting in a wholesale dismantling of the regulatory leviathan he has championed. Now that would be a great reason to love him.
Posted by Imperfect America at 5:08 PM