The Cult of Liberalism

Religions are largely kept together by the faith of the followers as opposed to proof. Whether it’s Christianity, Judaism, Islam or any other religion, it’s not science or empirical evidence that keeps millions or billions of people believing, it’s faith. Indeed, religions are full of claims that our current scientific knowledge would say are impossible, but nonetheless, faith persists. Given horrific events that seem to fly in the face of what one would expect from a compassionate or just God, faith still persists. Believers believe, and they interpret events in their lives and the world in a way that comports with their religion. At the end of the day, religion is about faith, period.

By the above measure, liberalism is a religion. How else would it be possible that in the face of a history of demonstrable failure that there are those who continue to believe? Liberalism, in the form of outright Communism failed miserably everywhere from the Soviet Union to Cuba and a multitude of places in between. Yet the faith remains. Liberalism in the form of socialism has failed miserably across Europe as practically the entire continent is floundering in mounting debt, double digit unemployment and depressingly low growth rates. Yet the faith remains. Liberalism in the form of Democrat party policies have destroyed wide swaths of America’s landscape, from cities like Detroit, Chicago and Philadelphia to black families that suffer from unprecedented rates of unemployment, unwed motherhood and tragically high rates of crime. Yet the faith remains. 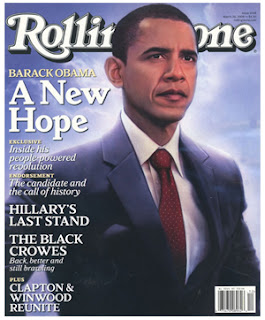 Add willfully blind faith to presence of an anointed one among us and you get a cult. Which is exactly what liberalism and the virtual worship of Barack Obama has become:

Obamacare: Every day seems to bring new information that only adds to the understanding that Obamacare is a disaster of epic proportions. Yet faith remains.

Economic Growth: Barack Obama’s “recovery” has been the worst since the Great Depression and incomes have fallen over $4,000 per household since he took office. Yet the faith remains.

Welfare: Welfare has become so generous that in 35 states, it’s actually more profitable to sit at home and collect welfare benefits than it is to go out and find a job. In Hawaii the pretax wage equivalent of welfare benefits is $60,590 per year. In Washington DC it’s $50,820 while in Massachusetts it’s $50,540. Those are dollars that have to be paid for by taxes on those working. Yet the faith remains.

Race: In less than 50 years from the day Martin Luther King Jr. spoke on the steps of the Lincoln Memorial the United States elected a black man as president, twice! Yet race relations in the United States are worse than they have been in decades. Yet the faith remains.

On virtually every single empirically measurable measure, from education to economic growth as well as simple observable measures such as regulation and freedom, liberalism has been a failure in general and particularly so under Barack Obama. Yet, despite the fact that the consequences of this failure hurts the very people it's supposed to help, the faith remains.

While the 1st Amendment enshrines the notion of freedom of religion, today the United States is being governed by the cult of liberalism, which seems more like a religion than many of the mainstream religions in the world.

It demands subservience to its policies and is willing to use the police power of the state to impose them while nonbelieving infidels must be marginalized. Speak critically of the Messiah and you are a racist. Disagree with gay marriage you’re a homophobe. Suggest that its culture and unwed motherhood that are ravaging black families and again you’re a racist. Advocate for limited government or state’s rights and you’re an extremist. Promote school choice and you don’t care about children. Advocate for lower taxes and you’re greedy. Champion free markets and you’re a selfish capitalist. Question man made global warming and you’re anti-science. Disagree and you must be discredited and vilified.

Liberals often champion a wall of separation between church and state. This may be the one time they might actually be right about something. However it isn’t Christianity that the country needs to be saved from, it’s the secular religion of Liberalism with Barack Obama as its messiah.
Posted by Imperfect America at 7:46 PM