The Obamanization of your neighborhood... turning your community into the south side of Chicago

Next to families, communities are perhaps the single most important part of American life. Communities are made up of the places we shop, the churches we attend, and perhaps most importantly where we live. Aside from where we work, our homes are probably the places where we spend the most time. It’s at home where we typically can be most relaxed, where we can be ourselves, where we can feel comfortable, or at least usually have some level of control.

If you are like most Americans, your home, whether it’s an apartment you rent, a single family home you own or anything in between, is the single biggest expense you have and we usually take great care in figuring out where we want to live. Everything from the number of rooms to its proximity to your job to quality of the schools to the price all play a role. Another big part of the decision about where we live is the understanding that we are making a significant commitment, not only in terms of dollars, but in our time as well.

One of the great aspects of the American Dream has always been the notion that one of the benefits of hard work and becoming successful is that we give ourselves more options in terms of where we can live. We may have more income to spend on housing which may allow us to buy a bigger home or move to a nicer neighborhood. We may have more highly valued skills that expand the number of cities or states we can go for a job. Whatever it is, for most Americans a core element of the American Dream involves some element of housing. The ability to choose where we live, the communities we want to be a part of are integral to the concept of being American.

With the advent of the civil rights legislation of the 1960’s, many limitations of homeownership based on race were eliminated. As a result communities across the country became integrated as minorities found that they too could move anywhere they could afford to buy or rent. 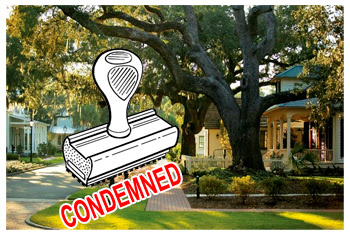 That ability for anyone to live where they want, to live anywhere they can afford to purchase or rent is a core American freedom. While there is no “Freedom to live where you want…” enshrined in the US Constitution, that’s because the Founders understood that it was such a basic freedom that it didn’t need to be codified. Needing such a declaration would be the equivalent of needing one that says “The freedom to breath air is protected.” Some things are so basic that they simply don’t need to be stated. The freedom to live and raise our families where we choose has lasted for two centuries, but it may not last much longer.

If you are one of those homeowners or renters who has chosen to live in a good neighborhood, worked hard to move to a community with (relatively) good schools, if you’ve decided to move to a community where trees and green lawns are common, the Obama administration is coming after you. If you and your family struggled to leave behind the crime, deprivation and crumbling schools of the city for the relatively tranquil suburbs, don't get too comfortable, the Obama administration is planning on sending you back to the future.

The Department of Housing and Urban Development, the people who inflicted the squalor and tragedy of public housing on citizens and communities for five decades, have decided that they are now not only qualified, but also have the power, to decide what your neighborhood and community should look like. That’s right, the Obama administration has decided that they have the power to decide what your community should look like from an economic, racial and ethnic makeup. Essentially they can decide who should live in your neighborhood. If you’ve moved into a neighborhood that only has single family homes they can force local authorities to zone for apartment buildings or high rise condos. If you’ve moved into a community that recognizes that owners tend to take better care of their properties and therefore limits rentals… too bad. If the citizens of your community choose not to rent to those using Section 8 vouchers for payment, too bad, the government can force them to do so. Essentially, the government that gave us a failed education system, figured out how to make welfare pay more than work and loses billions of dollars annually on green energy boondoggles now plans to manage our neighborhoods…

Our communities are the core of American life. They are where you spend the majority of your non working hours. They are where you are the most vulnerable – i.e. where you close your eyes and go to sleep. They are where you raise your children, send them to school and volunteer at their scouting functions. They are where you go to church and the Rotary. They are the anchor around which much of your life revolves. So the question is, for something that is so fundamentally important, who is better positioned to decide what your community should look like, some nameless cog in the machine of government sitting behind a desk in Washington or the people who live in the houses, mow the lawns, attend the churches, raise their families and pay the property taxes? If you said the latter, you must be one of those anti-government zealots who the Obama administration thinks is a threat to America. Welcome to your new neighborhood. Enjoy!
Posted by Imperfect America at 6:56 AM