One of the most odious aspects of regulation is the fact that it usually comes in a sugar coated package. Typically they are the result of a law that is intended to “help” everyone or “protect” some group or to give an advantage to a group whose members are perceived to be disadvantaged. 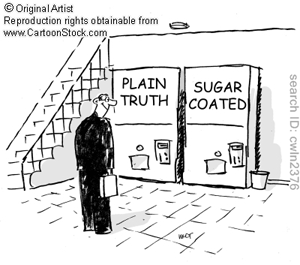 Of course once those regulations are in place, once they’re on the books, they almost never come off. Regardless of their ineffectualness in actually solving whatever problem they were theoretically supposed to solve, or despite their actually making the problem worse, the answer is almost never to repeal the law and send the staff out into the world to find jobs in the private sector. Instead the solution is almost invariably more laws or regulations to try and patch over the “minor” problems with the first law or regulations.

The Head Start program is a perfect example of this problem. Started during the heady progressive days of LBJ as part of his “War on Poverty” the program has been a consistent failure, showing no material benefits, yet it still exists. Not only that, its supporters continue to push for increased funding for the program. But it can’t be killed “because of the children”. Of course, that is just one of the thousands of programs costing hundreds of billions of dollars each year that were put in place to stamp out poverty. Yet, somehow, despite the distinctly changing nature of the definition of poverty, there remain more people characterized as living in poverty in the US today than at any point in our history. 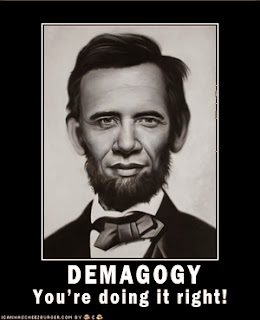 Another aspect of this tyranny of regulations is the fact that that sugar coating is usually delivered via a bullhorn. Whether its teachers unions striking for more education spending or the SEIU picketing for the right to organize virtually anyone who still has a job to illegal immigrants demanding amnesty to the Democrats and the media conspiring to convince the country that the GOP wants to throw grandma off a cliff, the facts about the costs and consequences of regulations are rarely ever discussed. It’s hard to carry on a fruitful discussion when one side simply shouts platitudes and refuses examine the actual causes of the problems. If throwing money at education were the solution, the United States would have the smartest kids on the planet… Alas we don’t. If the only choice is between throwing grandma off a cliff and spending more money on a Social Security system that will crumble at some point in the future… everyone will want to save grandma.

There are few issues in life that whose salient points can be easily captured on a picket sign. Of those, none are solved by government legislation or regulation. Much to America’s shame that fact apparently doesn’t matter. “What do we want... (Insert relevant liberal trope here)” “When do we want it... NOW!”

It’s no wonder that virtually everyone in America knows the name of Al Sharpton and Jessie Jackson but few know Jenny Beth Martin or Thomas Sowell. Sharpton and Jackson are snake oil salesmen with no interest in actually solving problems other than how to increase their media exposure while Martin seeks to solve the country’s problems by shrinking a dysfunctional government and Sowell, as the most lucid and articulate economist in America, simply explains the world as it really is and lets the reader choose their path to solving problems.

Finally there is the single most pernicious aspect of this sugar coated world of laws and regulation: Control. More regulations provide politicians and government bureaucrats with ever more opportunities to persecute those they don’t like and benefit those they do. Not sure about that? Just ask the conservative groups who were targeted by the IRS. How about Gibson Guitars or the insurance companies who criticized Obamacare in 2010. On the other side of the ledger are the green energy companies who’ve just been given carte blanche kill Golden Eagles, illegal immigrants the President has decided not to deport or “community organizing” groups the Justice Department is forcing banks to fund. Not to mention the various unconstitutional delays and waivers President Obama has handed out relating to Obamacare. And those are just federal laws, of which there are tens of thousands. There are hundreds of thousands more at the state and local level. When laws can be implemented arbitrarily the rule of law is gone.

Obamacare is the perfect example of legislation which was sold with sugar coating and whose opponents were pilloried as racists or who didn’t care about the poor. Today, simply because Obamacare was so overarching and so spectacularly dysfunctional, Americans are beginning to see that more laws can’t make everything better. Indeed some are even starting to understand that government action can and often does make things worse. The problem is however that most legislation is not of the supernova sort, but of the rather pedestrian sort that is passed and simply blends into the disordered order of the universe of regulations we’re expected to obey. Eventually the stars of regulation will become too numerous and will block out the dark matter in between them, i.e. the freedom upon which America was founded. At that point we will become a nation where every move, every step, every thought are regulated by the state. We are not quite there, but we’ve seen the future and it is North Korea. When we finally get there we’ll wonder what how we got there because all of the “solutions” we were swallowing tasted so sweet.
Posted by Imperfect America at 10:13 AM