One of the great places to observe the successes of New Year’s resolutions is at the gym. January invariably sees the place packed with new people in their new workout clothes looking at the sea of machines trying to figure out what machine does what and you use them. By March the scene is much different in that a majority of those newbies have fallen off their path to fitness while those remaining have figured out which machines they like and what routines keep them going. 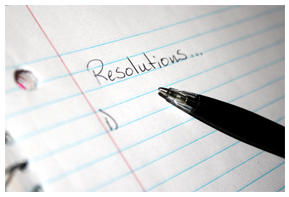 Across America the New Year rings in its annual christening of new laws. From California students getting to decide for themselves which bathrooms they want to use to Rhode Island employers no longer being able to ask prospective employees about a criminal past, there are 40,000 new laws and regulations that will be added to the millions that Americans already have to navigate through. And unlike resolutions that can wither in the face of reality, laws rarely, if ever, are rescinded, and once they are on the books they can be used as tools of intimidation by government regulators to pretty much do whatever they want. And what they want is control, regardless of what it costs you.

Take as an example a recent interaction between the FDA and a company called 23 And Me. 23AndMe marketed a $99 genetic test where customers would send in a swab with their DNA on it and the company would return to them a detailed ancestry report and personalized information on 248 genetic traits and health conditions. Basically the company would analyze your DNA and give you a report of what it says about your health, at a genetic level. Do with it what you like, but that’s what the data says… And that’s the problem. Apparently the FDA doesn’t think you are smart enough to make informed decisions about your own health. As such, they pervert a 1938 law that gives them the right to regulate “medical devices” to basically put the company out of business. Essentially you’re not allowed to find out about a predisposition for cancer or liver disease because the FDA worries that some people might do the wrong thing with their info. So basically, to protect doctors from competition, and to keep citizens from becoming more informed about their own bodies, the FDA has decided to try and put the genie of DNA testing back in the bottle.

Of course it won’t be able to. If 23AndMe doesn’t move to the Bahamas and set up shop, someone else will. Regulation cannot stop technology. Nor can it cannot guarantee fairness. Numerous jurisdictions around the country, and Washington itself, are debating raising the minimum wage in order to provide “a living wage” or “fairness” to fast food and other service workers. Such regulations will of course fail at both counts. Not because they can’t raise the amount employers must pay, but rather they will simply drive employers to use more technology in their businesses. Today standalone computers can take your order while robots can assemble burgers and sandwiches. Regulation can raise wages, but it can’t bring about “fairness” or the government mandated Nirvana that regulators seem to endlessly pursue. How much good does a higher minimum wage do someone if there are fewer jobs to be had as a result?

At the end of the day, the New Year ringing in 40,000 new regulations should not be a cause for celebration. It should be a clarion call for a nationwide resolution to stop looking to regulation as the solution for every problem and to go on a national diet where instead of lbs we shed – or shred – a majority of the laws and regulations that are already on the books already. It might not improve our waistlines or cardio performance, but it will do wonders for individual freedom and the prosperity of the nation.
Posted by Imperfect America at 6:37 AM