So you want to fire an employee for calling you an %@#*&! in front of customers? Barack Obama says not so fast...

A few weeks ago I wrote about the National Labor Relations Board seeking to destroy the very nature of America’s most successful business models… franchising. While on occasion the NLRB will stumble across a real issue of consequence, the frequency of that is about the same as real data supporting the man made global warming hoax. More often the agency is simply a shill for labor unions and disgruntled employees.

Speaking of the NLRB, I generally don’t like to revisit the same topic when the first piece might still be stuck in someone’s mental cache. The last thing in the world you want a reader to say is “Didn’t this guy just write about this?” In this case however I’ll make an exception and take my chances… 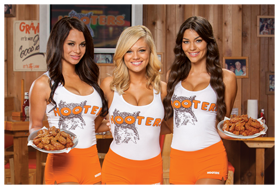 If you’ve ever actually owned a business or run a business you know how difficult it can be to make a success out of it. The challenges are everywhere. From navigating through the web of federal, state and local government regulations to finding and keeping customers to making sure that you can pay the bills and keep the lights on… just doing the basic things to stay in business can be difficult. Some of the things you need to do are pretty straight forward… like what company are you going to select for your electricity to where you get your supplies to figuring out what your hours of operation will be. Other things are more difficult, such as figuring out which permits you need to apply for to deciding on your marketing strategy to setting your prices appropriately so that you can make a profit… even if that’s somewhere down the road.

By far one of the most challenging parts of any business is personnel. When it comes to looking at the keys to success of a business, there are likely few aspects that are more important and difficult as personnel. These are the people who are going to be greeting the customers or manufacturing the products or providing the services that you engage in and for which customers willingly exchange their money. (Obviously there are some businesses where a high ratio of the work done by machines, but usually those too are maintained by people.) Because personnel, the people doing the work for you is so important, the effort involved in attracting, selecting, training and managing employees is often disproportionately high relative to other aspects of the business.

In some industries, like financial services or auto mechanic or computer programming, individual compensation can be high because there are relatively few people who can do those particular jobs. In others, like dishwasher, burger order taker or cashier, compensation is usually lower because there are relatively more people who are capable and willing to do those jobs. In virtually all cases however the owner or manager has to interview, select and train their people.

Once the staff is in place, that’s where the real headaches begin. Managing schedules, apportioning assignments, giving responsibilities, basic supervision and of course managing personalities – which sometimes conflict – are all parts of keeping the business running smoothly whether you’re making widgets or selling drywall. In the restaurant business all of these come into play but there’s the added element of the employees interacting extensively with customers… who themselves can be fickle, demanding, indecisive and sometimes rude. It’s in this mix of sometimes controlled chaos, sometimes stark boredom that restaurant managers must figure out how to properly engage, motivate, reward and punish their employees in the right combination that keeps customers wanting to come through the front door. In the highly competitive restaurant space, a failure to do so can easily turn today’s hottest restaurant into tomorrow’s ghost town. 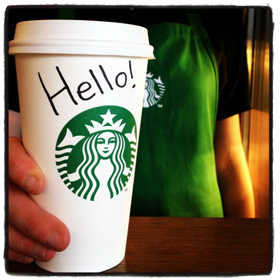 And it’s into this mix that Barack Obama’s NLRB has decided it insert itself. You fire two Hooters’ waitresses for cursing at another waitress in front of customers… The NLRB says not so fast. You fire a car salesman for cussing at you, calling you an idiot in the middle of a company meeting… The NLRB says not so fast. You fire a Starbucks barista for cursing at you and telling you to do the job yourself… the NLRB says not so fast. In a string of recent decisions the NLRB has decided for employees against employers in cases that in any rational universe would be open and shut. Employees are generally employed to do particular jobs, and to the extent that they do so effectively and the business prospers, they usually keep those jobs. But it’s the businesses who are paying them and when those businesses find the employees doing things that harm that business, they are generally within their rights to fire those employees. Unless of course Barack Obama’s NLRB decides otherwise.

So, in addition to everything from Obamacare mandates to rising minimum wages, the Obama administration is now suggesting that employers must endure verbal abuse and insubordination from their employees. It makes you wonder why anyone would ever choose to risk their capital, their time and their energy to try and start a business when the government decides it gets to make more and more of the key decisions upon which your success rests. At some point it’s no longer worth the effort and would-be entrepreneurs simply give up and decide to find a job rather than trying to build something new. The reality is, entrepreneurs have been throwing in the towel for years. With this latest set of rulings from Obama’s NLRB you should expect the number of towels piling up in the middle of the ring to grow.
Posted by Imperfect America at 4:31 AM