Schoolhouse Rock, Ronald Reagan and messaging to save the country

I was in elementary school during the country’s Bicentennial celebration. From Bicentennial quarters and the new $2 bills to plays about our founding fathers to the most spectacular fireworks I’d ever seen, 1976 was a yearlong celebration of American history, and living in the DC area I felt like I had a front row seat to the entire experience. Coming of age at that time and at that place probably explains why I’ve always been a huge fan of ABC’s Schoolhouse Rock.

My favorite segment was always I’m just a Bill, a story where the lovable little Bill explains how he becomes a law. As much as I love I’m just a Bill, the reality is that that’s not how things actually get done in Washington. While things weren’t really that simple even back in 1976, today reality bears almost no resemblance to that story at all. A far more accurate characterization of the today’s process can be found in Saturday Night Live’s recent spoof.

Something else memorable happened in 1976. Ronald Reagan challenged Gerald Ford for the GOP nomination. He lost, but in doing so he set the stage for his eventual triumph four years later.

What do Schoolhouse Rock and Ronald Reagan have to do with one another? Both were the gold standard of communication. And they were effective. Schoolhouse Rock was so engaging that today, some forty years later if I see I’m just a Bill I find myself singing along with it:“I know I’ll be a law someday, or at least I hope and pray that I will, but today I’m still just a bill.” And I’ve talked to lots of people who tell me the same thing. Schoolhouse Rock talked to us in a framework we enjoyed and took difficult subjects and made them tangible. And we ate it up.

Ronald Reagan spent his life doing the exact same exact thing. From General Electric Theater to campaign debates to countless speeches given as a private citizen and as president, Ronald Reagan had a way of connecting with an audience and make them feel like he was talking to them across the back yard fence.

And why does any of that matter? Because there is a lesson to be had, particularly for Ted Cruz. If you communicate with people in a framework they enjoy and do so in a way that connects with them, they’ll listen, and if they like you, you just might be able to change the world.

Today Ted Cruz finds himself defined by everyone around him. He’s been called an obstructionist, a fraud, a wacko bird, and a bully… and those are all from Republicans! The media and the Democrats don’t exactly like him either. 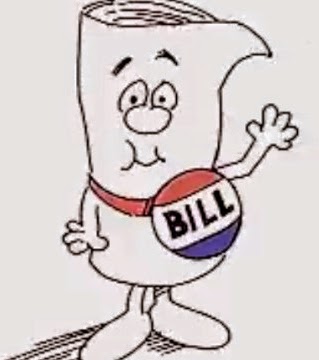 In a world where YouTube stars have more followers than hit primetime TV shows have viewers, where companies from HBO to Netflix to Yahoo are producing their own original content, where someone can turn six seconds of campy video into gold, and where mainstream media are losing readers and viewers by the day, Senator Cruz should take a page from Schoolhouse Rock and Ronald Reagan: He should create a user friendly platform where he can share his ideas and define himself rather than letting the media do it for him. Just as Schoolhouse Rock created compelling vignettes about everything from multiplication to verbs to the American Revolution, he should create vignettes that talk about issues and how they actually affect citizens, and what he wants to do about them. Saying you’re against overregulation is one thing, but demonstrating the how EPA lunacy drives up corn prices or harms engines is something else. Obamacare’s restaurant menu labeling regulations sound reasonable until diners discover that it will drive up prices and will make menus as confusing as the information booklets that seem to be included with every prescription you ever get. Saying the tax code is a dysfunctional is one thing, but showing voters how much companies and individuals waste each year trying to comply is something else. Connecting ideas and issues to people make them real. A great example to follow might be Bill Whittle’s Afterburner, where he treats viewers to weekly pieces (usually sub 10 minutes) looking issues big and small, and usually explaining why they’re important.

The first of the GOP primaries is about a year away and Ted Cruz finds himself in a situation very similar to Reagan’s back in 1976, with a media that mocked him, with Democrats who loathed him and a GOP establishment that feared him… except, unlike Reagan, Cruz doesn’t have decades of goodwill to build on. Given that, Cruz has two options. Continue to allow his enemies to paint the picture of him for the American people, or do the job himself and tell them who Ted Cruz is, what he stands for and why it’s important… to them, the average citizens. Whether it’s a weekly 10 minute Afterburner type piece or a monthly reality show style segment connecting with everyday people the way Bob Graham did with his “Workdays”, Senator Cruz has to take control of his story and make it worth watching. If he does that, not only might he become president, he might just help save the country in the process.
Posted by Imperfect America at 4:34 PM