The Teacher's Unions are more dangerous to America than Al Qaeda

I’ve just returned from watching the movie Waiting for Superman. (The title refers to waiting for the Man of Steel to come to the rescue…) My first 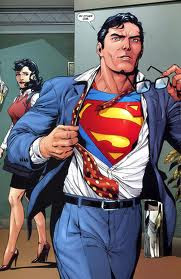 reaction was to think back on my post from last month about the voters of DC throwing out Adrian Fenty, and with him Michelle Rhee, his Schools Chancellor.

My second reaction was remembering something that I’ve heard Neal Boortz say on numerous occasions: “Teacher’s unions are a bigger threat to the United States than Al Qaeda.” Throw in the public sector unions and he’s right. Al Qaeda has the potential to kill thousands or even hundreds of thousands of people at a time. The teacher’s unions destroy the lives of millions of students every year, and they’ve been doing it for decades. Not only do they destroy the lives of millions of young people, they bring chaos, tragedy and despair to the millions of families of those young people, their communities and the country as a whole. From young men in prison to teenage pregnancies, the data’s not hard to find.

This should not be taken as a screed against teachers. Just the opposite. Many teachers are saints. They have passion for teaching. They spend long hours wrestling with a variety of challenges, many of which have little to do with their classrooms. They seek to inspire kids to become successful adults and attempt to equip them to do so. Unfortunately however the good teachers are locked into an inflexible quagmire of a system where good teachers are beaten into submission and simply become cogs in a machine that passes kids along from grade to grade to grade, regardless of their abilities or success, until they choose to simply to take their talents elsewhere. This same system confers its job for life protection on all teachers, both good and bad and provides students and parents with little control or say over their education. Across the country, from LA to New York it is almost impossible to fire teachers for almost anything, from being incompetent to inappropriate behavior. Indeed, New York City alone spends in excess of $100 Million a year paying teachers their full salaries to spend seven hours to not teach, often spending that time playing poker in the so called “"rubber rooms”.

One of the most staggering statistics in the movie was about firings of teachers relative to those in other professions. 1 in 57 doctors lose their ability to inflict themselves on patients. 1 in 97 lawyers are disbarred or otherwise bared from menacing society with their law degrees. The comparable number for teachers? 1 in 2,500! As the movie was done by Davis Guggenheim, the guy behind “An Inconvenient Truth” I want to be a little skeptical of his numbers so lets assume he’s off a little. Even if he were off by 80% that would still mean that 1 in 500 teachers is stopped from ruining the education (and often the life prospects) of a child. I’ll admit that many teachers are good, but even at the 1 in 500 number, that means that only .2% (That’s point two percent, not two percent!) of teachers lose their jobs. Using the movie’s numbers it’s .0004%. What other kind of job has that kind of security, regardless of the employee’s competence, work ethic or success? To paraphrase Joe Pesci from My Cousin Vinnie, “Do the laws of random distribution about the skill or the lack thereof for human beings stop at the schoolhouse door, where somehow only .2% of teachers turn out to be bad?” Somehow I don’t think so.

Add to the teacher’s unions two other elements of the education system: an incompetent federal bureaucracy that uses its purse strings to manipulate the entire system and bloated state and local bureaucracies staffed by public sector union employees and you have a recipe for the disaster that we find ourselves with.

Education in America is quickly becoming our Achilles heel. By not producing graduates who are able to read and write, who have the skills to earn jobs at companies Google or Microsoft, who are prepared to deal with the 21st century world, we are creating a true underclass that is far more problematic than the one Ken Auletta wrote about 30 years ago. The fact that the 21st century is developing far more rapidly than the last should be of no surprise to anyone. All one needs to do is look at the numbers: It took Radio 38 years to reach 50 million users. It took Television 13 years. It took the Internet 4 years. It took Facebook less than a year. It’s into that dynamic universe we are walking with a population of students and young adults who are simply not equipped to compete, thrive or survive. That’s not a mistake the Chinese the Indians are making.

If the United States is going to remain a viable Republic with a free citizenry and an economy that provides more than the basics of food and water, it will require more than platitudes about “supporting education” and “the children are our future”. It will require a real revolution in how schools are run and funded. That revolution begins by:

1. Throwing the Democrats out of office – they are recipients of over 90% of union money in federal and local elections and frequently the party in charge of the local bureaucracies who signed those malignant union contracts in the first place.

2. Offering school vouchers – those vouchers are the equivalent of Kryptonite to dysfunctional schools. By giving parents the ability to vote with their feet they become the Supermen of our story and can finally stop waiting for a costumed hero to come along and save the day.

The revolution starts next Tuesday... Hang on!
Posted by Imperfect America at 2:22 AM