Enough with the Lawyers in Congress!

How many times have you been watching a commercial for this or that medicine with images of a couple strolling through a bucolic meadow or scenes of a depressed woman who’s suddenly happy again only to be bombarded with a rapid-fire litany of potential side effects so scary that they would have kept Atilla the Hun from ever leaving the neighborhood.

And there are other examples. Credit card agreements come with pages of small type that takes a microscope to read. A contract for a house can be as thick as a phone book with language with all of the clarity of a dense fog. Then there is of course the 70,000 page tax code that God himself could not understand even if he had the help of the guy in charge of writing it (Chairman of the House Ways and Means Committee – Charlie Rangle) and the guy tasked with enforcing it (Treasury Secretary – Tim Geithner). As the former is under investigation for tax evasion and the latter didn’t pay his taxes for years, with both suggesting they misunderstood the code, you begin to understand how complex it is. 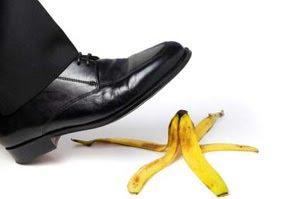 All of this is thanks to lawyers, lawsuits and plaintiffs seeking easy money or to impose their will on others. But mostly the lawyers – not the least of whom are the slip an fall type who are willing to use the courtroom to harass and extort money from companies both big and small. They are of course a big reason that health care is so expensive, as doctors feel the need to do a phalanx of unnecessary tests to protect themselves from malpractice suits. They are also the reason that thousands of communities around the country leveled their playgrounds and filled in their pools over the past two decades. They are the reason the Corps of Engineers had not strengthened the levees in New Orleans in 30 years despite the danger and the money having been allotted. They are also the reason that a wheelchair bound 80 year old grandmother is seen by the TSA as potentially an equally dangerous flyer as a 30 year old Muslim man traveling with no luggage.

A recent example of the damage lawyers (and their professional plaintiff accomplices) can do involves a wheelchair bound California man who sued Chipotle Mexican Grill because he could not see the ingredients being put into his burrito while standing customers could. He lost the case initially but won on appeal. The company spent hundreds of thousands of dollars defending itself and faces potentially the same or more in costs associated with complying with the judge’s order.

As bad as lawyers are in the private sector, there is an even bigger problem – lawyers in the Congress. Currently almost two thirds of the Senate is made up of lawyers while in the House it’s one third. Given they make up about one half of a percent of the population, that seems a bit excessive.

While being a lawyer shouldn’t disqualify one for serving in government, there is something to be said for voters limiting their influence. Almost by definition lawyers do not produce anything. While they may become successful and hire a large staff, they by their very nature operate in a legalistic environment where government and its laws are the driving force. Contrast that with an entrepreneur, a businessman, or a farmer, who, in addition living having to run a daily gauntlet of government regulation and taxes, has to also run a good business or farm. And do so profitably. While lawyers make their money off the paperwork involved with interpreting or arguing what laws say or don’t say, the productive class of society have to actually make things, grow things, invent things and innovate processes in the universe where most people live. 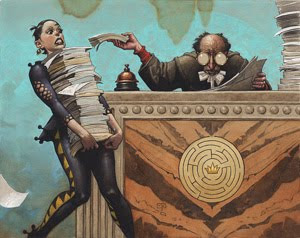 Unfortunately for America, Congress is dominated by people who have little knowledge of, and less experience in, actually doing anything productive. And I mean productive in the sense of creating wealth aside from using the legal system to take money out of someone else’s pocket. They simply don’t understand what it takes to start a business, what it takes to sustain and grow a business, or, most importantly, what impact the yoke of government regulation has on business. Having cut their teeth in a universe where laws and regulation are simply words on a page that must be adhered to, they don’t understand that government does not make a successful society, economy or country. Christine O'Donnell may be a flawed candidate but on her worst day she would make a better legislator than that erstwhile slip and fall Democratic VP candidate John Edwards. Doctor Rand Paul may have an abrasive personality, but he’ll understand far better the actual impact of ObamaCare on citizens and doctors than Harry Reid and the 34 other Democrat lawyers in the Senate who helped push that travesty on the country.

One of the great outcomes of the Tea Party movement has been the reemergence of the citizen legislator, candidates who have actually lived lives outside the velvet glove of the courtroom and government. They may be flawed, they may have made mistakes and led imperfect lives, but that is because they were busy living lives rather than prepping themselves for office. They understand that government is not the reason the country is great. They understand that the role of government is not to protect us from every negative outcome, to take from the rich to give to the poor, to tell us what we can eat or who he must hire or how we must manufacture our widgets. They understand that by lessening the burden government places on the citizenry they can help America become once again a shining example of freedom and prosperity.

The question is of course is: Will the citizenry give them the chance to make those changes?
Posted by Imperfect America at 1:20 AM