Freedom is more than just Speech and Religion - but there's not that much left!

As a touchstone, here is how Webster’s Dictionary defines Freedom:

On the most basic level Freedom fundamentally means the ability to do something or a variety of things unrestrained by external forces. (While we may be restrained by internal forces from doing something, the necessity of exercising that restraint suggests we have the freedom to do otherwise.)

If one were to ask Americans today whether or not if they are free, i.e. if they have freedom, most would likely say yes. They might suggest they have Freedom of Speech which allows them to say almost anything they want. Absent most college campuses this is largely true. They might suggest that they enjoy a Freedom of Religion and can worship whatever god they choose or choose not to worship at all. This too is for the most part true. Unfortunately, however, if one were to dig just below the surface of Speech and Religion things become murky quite rapidly.

Fundamental to the founding of this country and enshrined in the 9th Amendment to the Constitution is the notion that the rights of the people are boundless: The enumeration in the Constitution, of certain rights, shall not be construed to deny or disparage others retained by the people. Basically, while the freedoms of Speech, Religion, Press etc. are explicitly stated, the people have many more and the absence of their explicit inclusion in the Constitution does not mean they don’t exist.

Why does any of this matter? Because many of those other freedoms are being diminished each day slowly but surely. 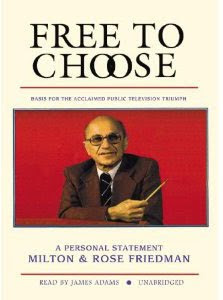 it’s far more subtle, but the result is the same. And the tool with which government slowly takes your freedom? Regulation. Make no mistake about it, regulation means control. And their control means less freedom for you. Of course the regulations themselves rarely highlight the freedoms they are diminishing. A perfect example is the 822 page 2007 Energy Bill signed into law by President Bush. The legislation doesn’t explicitly outlaw regular incandescent light bulbs, but it sets energy requirements such that for all intents and purposes they are outlawed by 2014. You might say, what freedom is being limited there? Well, for one your willingness to pay $.50 for a light bulb rather than $2.00. A manufacturer’s freedom to continue to use their current facilities to manufacture incandescent light bulbs (and ideally return profits to shareholders) verses having to invest tens of millions of dollars in R&D and building new facilities for the new bulbs, resulting of course in reduced dividends to shareholders.

Light bulbs… how often do you buy one? Not too often, and in the big picture it’s not that much of an expense. True enough, but unfortunately light bulbs represent but one tiny filament in the regulatory straitjacket Americans find themselves wrapped in. Mileage standards for cars. Ethanol regulations. Minimum wage laws. Happy Meal bans. License requirement in Texas for the right to call oneself an Interior Designer. The 1099 requirements in ObamaCare. ADA. McCain Feingold. Forced unionism.

Individually any one of these laws might be tolerable. The problem however is that they do not operate individually. They all operate simultaneously. Layer upon layer. What’s worse, each of these regulations has a bureaucracy behind them who’s main purpose in life is to grow its power and serve its constituency. The Texas Board of Architectural Examiners exists to serve the Texas chapter of the American Society of Interior Designers. The Ethanol bureaucracy (Departments of Energy & Agriculture) serve the desires of the environmentalists and farmers. San Francisco’s Board of Supervisors was serving the “We know better what’s good for your kids than you do” cabal when they passed the Happy Meal ban.

The problem is that there is a degree of separation between many of the industries and the citizens themselves. The EPA would be loathe to pass a regulation that says “We are going to force Americans to pay $100 billion more for electricity over the next six years.” They did however issue C02 regulations that will have just that impact, only the regulations focus on industry. This way, when the public sees their bills rise the utility companies get to feel their wrath… not the regulators. Perhaps the energy companies can tell the public why their energy bills are increasing? Not likely. When insurance companies tried to do just that with ObamaCare the administration thugs threatened their very livelihoods.

If freedom means anything, it means more than just being able to say what’s on your mind and attend church of your choice. How often are any of us called on to stand on a soapbox with an 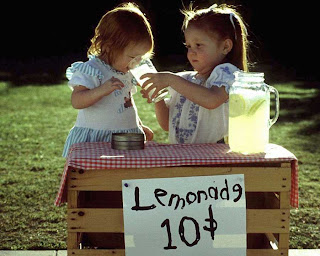 impassioned plea in support of some divisive issue? How often are we forced to defend our worship of God in whatever form we think he takes? How often are newspapers threatened by censorship? Not so often. On the other hand there are myriad things we do each day where our freedoms are impacted by a plethora of regulations, from who can sell us lemonade to what we can earn to the cost of both our car and it’s gasoline to what our kids learn in school. More regulation means less freedom.

The fight against overregulation will be neither easy nor short but the first step in taking on that battle is understanding what’s really at stake. Regulation means control – control means fewer choices – fewer choices mean less freedom in our lives. Today it’s just the Happy Meals in San Francisco. Before long McDonalds and the rest of the obesity inducing profiteers will be put out of business and we will all be eating tofu burgers garnished with organic tomatoes on pita bread. Yummy!
Posted by Imperfect America at 10:36 AM