Can Michigan show the country how to save itself?

One of the great things about the United States Constitution that few people realize and even fewer understand is the idea of federalism. On the most basic level federalism is the notion that there are distinct spheres of influence and responsibility between the federal and state governments. James Madison thought that that notion of federalism was crystal clear in the original document itself that he 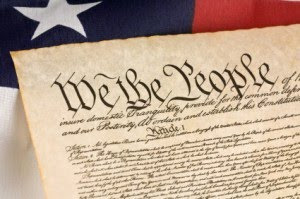 originally opposed a Bill of Rights. He believed the federal government was already limited by the fact that it could do only those things explicitly detailed in the document. John Hancock, Patrick Adams and others insisted and eventually the Bill of Rights was added with the federal perspective enshrined in the 10th Amendment.

The powers not delegated to the United States by the Constitution, nor prohibited by it to the States, are reserved to the States respectively, or to the people.

Aside from limiting the powers of the federal government – at least in theory, as Obamacare demonstrated – the federalist system does something quite extraordinary, or at least it’s supposed to. What is that thing? Experimentation! Fundamentally federalism has given us 50 different testing grounds for new ideas. The notion being that when one state does something - good or bad - the others will notice and act accordingly.

A big part of the problem with the federal government becoming involved in so many areas of our lives is that it kills one of the great legacies left to us by George Mason and friends. They understood that in most cases it is the people closest to problems who are best equipped to handle them. As true as that was with a population of 4 million people it is exponentially more so with one of 310 million.

As such, now that the elections are over and the march towards 2012 is on, now is the perfect time to take to experimenting. And in our center ring I would like to suggest Michigan step up and take a page out of Rahm Emanuel’s book that says “You never want a serious crisis to go to waste” and take a shot at leading the country in a different direction.

Why Michigan? Because the state is a basket case. Detroit has gotten so bad that the government is considering turning a quarter of the city into farmland! 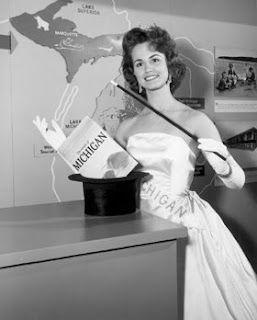 Importantly, unlike the brain dead voters in the People’s Republic of California, the people of Michigan have shown themselves to recognize bad ideas when they see them. After eight disastrous years of Jennifer Granholm, Michigan’s citizens voted 2 to 1 to make businessman Rick Snyder their Governor. In addition, they gave Republicans the majority of seats in the state legislature and they made the GOP the majority of their Congressional delegation.

Michigan is one of those states that is in the middle of the pack in terms of freedom – economic and otherwise. According to the Mercatus Center at George Mason University the state is #17 out of 50 states in terms of overall taxes although on corporate taxes it’s #48. It’s #22 on government spending and believe it or not, #1 in regulatory freedom. Overall, the state comes in at #15 overall in the Center’s 2010 Economic Freedom rankings. Given that middle tier of economic freedom, Michigan should be somewhere in the middle of the economic road relative to the rest of the country.

Alas it is not. The state has lost an average of 500,000 jobs in the last five years and today it sits with an unemployment rate of 13.5%, behind only real estate ravaged Nevada. As bad as Michigan is right now, it would have been exponentially worse had not Barack Obama’s imperial federal government taken billions of dollars from non-Michigander's to give to General Motors and Chrysler and then in turn give the UAW unearned ownership in the companies they ruined - of course at the expense of secured creditors. Without Obama Michigan under the Democrats would have made some third world countries look like Germany by comparison. It may actually be the worst state in the country in terms of economic prospects. It is this chaos that creates the opportunity that Governor Snyder has in front of him.

He should seize upon this morass to demonstrate exactly what can be done when you let people vote with their feet. The first thing he and the new GOP legislature should do is eliminate all state and local income taxes. The second is to make Michigan a right to work state. Immediately after doing so the state should auction off all of that abandoned real estate in Detroit. (There are five states with no income taxes that are also right to work states: Florida, Nevada, South Dakota, Texas and Wyoming. Florida and Nevada have surging populations but have been decimated by federal housing policy. South Dakota has the second lowest unemployment rate in the country, Wyoming the 8th and Texas created more jobs over the last decade than all of the other states combined.)

Doing these things would immediately make Michigan a kind of job magnet – to the extent any company in America wants to create jobs given the Federal government’s leftist policies. The state’s relatively low level of regulation, combined with a reasonably priced (aka non-union) skilled labor force, low real estate prices and no income taxes would make for a very compelling locale for investors and corporations.

Governor Snyder has an opportunity to do for Michigan what Rudy Giuliani did for New York City in the 1990’s. He has the opportunity to take a state that has been turned from arguably the most powerful economic engine in the country into a banana republic by decades of mismanagement and turn it around. By essentially turning the state into an Enterprise Zone he will give companies a reason to invest in the state, he will give citizens a reason to stay, and like Giuliani’s New York, a Michigan turnaround can become a shining example for other states as they seek to climb out of their own economic swamps. The Founding Father’s federalism is alive and well and one can only hope that success in the Wolverine State will show Washington what might work on a national scale.
Posted by Imperfect America at 2:17 AM