The boy who cried wolf... or the demagogues who cry “Racism"

We’ve all heard the story “The boy who cried wolf” about the boy who falsely cried out so often that when the wolf finally appeared none of the townsfolk came to his assistance because they assumed he was once again lying. The same thing has been happening in the United States with the charge of racism. The problem is, when the word racism is used so often by so many people in such patently absurd contexts the charge and the word cease to have any value.

Of course, what many people often refer to as racism is in reality racial discrimination, and in most cases the activity charged as racism is neither.

Racism is a belief in an inherent difference in the cognitive and physical abilities of members of different groups based on race, which manifest themselves in social and economic achievement. Such differences are usually organized in hierarchical manner putting the proponent of the theory’s race in the superior position.

Racial discrimination is the treatment or making a distinction, gift or punishment for or against, a person or group based on the race to which that person or persons belong rather than on individual / group merit.

The dilution of the charge of racism has been going on in the United States for decades. The housing crisis that brought about the economic meltdown in which we find ourselves today was the direct result of federal regulations intended to counteract false claims of racist / discriminatory practices on the part of mortgage lenders. 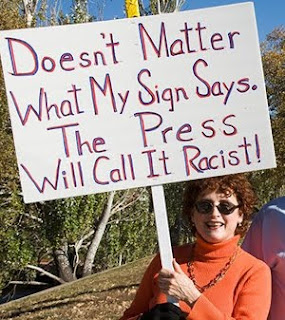 More recently the cries of racism have been thrown around like rice at a wedding since Barack Obama became a candidate for President. From individuals to Tea Party activists to radio talk show hosts, every disagreement with the policies of Barack Obama is at some point reduced to the simple charge of racism. It does not even appear as if race itself is a defense against such claims as can be seen by the denunciations of Herman Cain.

Is it possible that by 2012 the overuse of the charge of racism has finally contributed to its own demise? Perhaps two absurd events from last week will be a sign of the false charge's swan song.

The first comes from Dallas and has to do with Microsoft’s purported “Avoid the Ghetto” app for smartphones – a name suggested by critics rather than the company. The app, which is said to use crime statistic data, is supposed to offer drivers and pedestrians the opportunity to set routes to their destination that avoid high crime areas.

Dallas NAACP President Juanita Wallace seems to be unhappy about the as of yet unavailable product: "It’s almost like gerrymandering,” she said. “It’s stereotyping for sure and without a doubt; I can’t emphasize enough, it’s discriminatory.” However, the app will not label communities based on race. It is not going to tell users to avoid minorities or minority communities. It is is rather simply going to inform users about neighborhoods where a high number of crimes have been reported and offer them alternative routes to getting to their destinations. Certainly James Cooper and James Kouzaris could have used it.

Whatever the demographics of the neighborhoods drivers or pedestrians avoid as a result of Microsoft’s app, claims of racism or racial discrimination are absurd. Crime is crime, regardless of who perpetrates it. Indeed, it is President Wallace who has suggested the connection between crime and minority communities, not Microsoft.

The second story comes from Burlington, Vermont. At a time when consumers are put off by many bank’s limited hours and increasingly automated services, TD Bank sees an opportunity to distinguish itself from its competitors by opening for business every day other than Christmas, Thanksgiving, Easter Sunday and New Years Day. In the highly competitive marketplace the bank is seeking to succeed by providing more services to attract more customers. The result? The branch in Burlington, Vermont was picketed for being open and serving its customers on the MLK holiday. Protesters printed flyers suggesting the bank was racist: “Dear TD Bank, you are defying the King holiday. Shame, Shame, Shame. This is a racist act. Shame, Shame, Shame.”

In what universe is a company seeking to provide its clients – all clients, regardless of race – with better service acting in a racist, or more accurately, a racially discriminatory manner? Only in a leftist, victim mentality universe fueled by the Democratic Party.

As we approach the battle for the White House those of us who disagree with the policies of President Obama should be prepared to be labeled racists for virtually every utterance. Of course it is possible that the false charge of racism has jumped the shark and will finally be disregarded by citizens as just another Democratic tool of intimidation and slander. Possible, but unfortunately... unlikely. 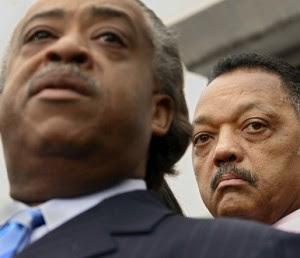 I’m afraid it’s more likely to be another Hollywood creation, Freddy from the Friday the 13th franchise that more accurately characterizes the future of the false charge of racism. Even when it is so widely seen as debased and hollow, when it should be dead after so many false utterances, the charge of racism is likely to once again be an instrument of the left with which it seeks to intimidate conservatives and distract voters from the abject failure of decades of Democratic policies – whose victims are both black and white. That's unfortunate because real examples of racism and racial discrimination do indeed exist, but because the left has purloined the charge for its insidious ends those real examples are far less likely to be taken seriously. And for that we are less well off.
Posted by Imperfect America at 1:41 AM